High school students could face a difficult time finding work after Monday, when minimum wage will rise to $15 per hour. “I can’t hire kids.
Sep 28, 2018 3:35 PM By: Dayla Lahring 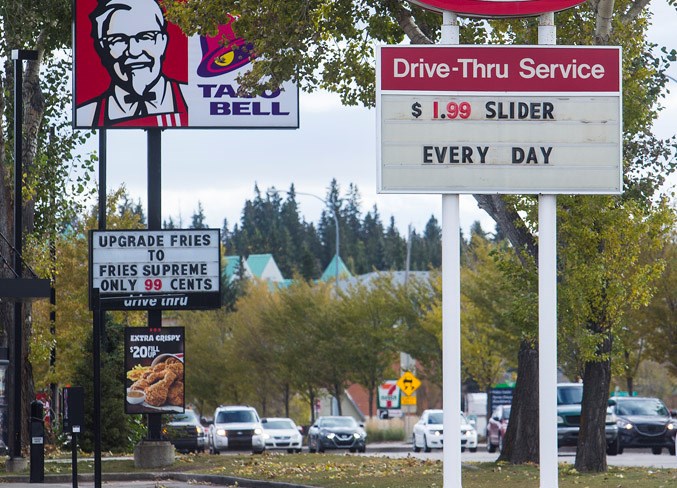 BIG CHANGES COMING – There is going to be fallout when Alberta's minimum wage jumps to $15 an hour on Monday. Some St. Albert businesses have said staff cuts or a hiring freeze are possible as owners deal with increased expenses.

High school students could face a difficult time finding work after Monday, when minimum wage will rise to $15 per hour.

“I can’t hire kids. It just doesn’t make sense when I can pay one of my core people a little bit more money, and they can handle two jobs,” said Nick Wilde, owner of Swiss Chalet Rotisserie & Grill.

This is the third and final hike to take place in Alberta, putting the province at the top with the highest minimum wage in Canada.

The increases have caused some businesses – including Swiss Chalet – to raise prices and make staff cuts. Wilde said staff have taken on dual roles at the restaurant, and he's reduced the number of employees needed to run the business.

Jennifer McCurdy, president and CEO of the St. Albert and District Chamber of Commerce, said she’s worried that younger employees will suffer the consequences of the minimum wage increase.

“I think it has affected some of the younger, newer employees looking for jobs. Now if an employer is looking to hire, they might not take a chance on the student with very little experience,” she remarked.

She added businesses are now stuck considering whether to increase prices, cut staff, reduce working hours, or do all three.

Booster Juice has also been looking at staff cuts. Instead of hiring high school students, Ray Davidson, owner of three St. Albert locations and a fourth in Edmonton, is looking to hire adult staff with greater experience.

“The margins are not there,” he said. “(Minimum wage) has changed my business dramatically. We used to have all high school kids and now I’m going to more adults. I can’t carry the extra staff around.”

When it comes to menu prices, Davidson said the company has raised costs by about 10 per cent in the last few years. He doesn’t expect prices to change much going forward, instead pointing to labour costs as an area to cut back.

Prior to minimum wage increases the four restaurants had 65 employees. Davidson has since cut staff to 45.

“Rent keeps going up, labour is going up, but you can only raise your prices so much,” he said. “If you can’t control your rent, the only one you can control is your labour.”

Similarly, Swiss Chalet increased food prices around six months ago in preparation for the final minimum wage increase. Wilde said the company also removed discounts, which has been a sticking point for some patrons.

His biggest concern has been the divisions within businesses that have been affected by the hikes, pitting employers against employees wanting a raise.

“It created a divide between management, owners and employees. It creates that mentality, ‘So they don’t want to pay us that $15, you guys are greedy.’ ”

Marie Renaud, NDP MLA for St. Albert, acknowledged that the increases would be hard on some small businesses. In her mind, however, the increases are a positive step forward.

“We know that minimum wage earners are not just young people. It’s women, immigrants, temporary seasonal workers … cost of living in Alberta is high. Trying to support yourself, let alone a family, earning minimum wage the way it was is pretty difficult,” she said.

Additionally, Renaud explained that more income for Albertans means those who rely on government programs, such as AISH, would be better able to support themselves.

According to advocacy group Public Interest Alberta, more than 300,000 Albertans will receive a raise on Monday.

Using data from Statistics Canada, the organization reported that the majority of low-income earners are over 20 years old, with 60 per cent being women.