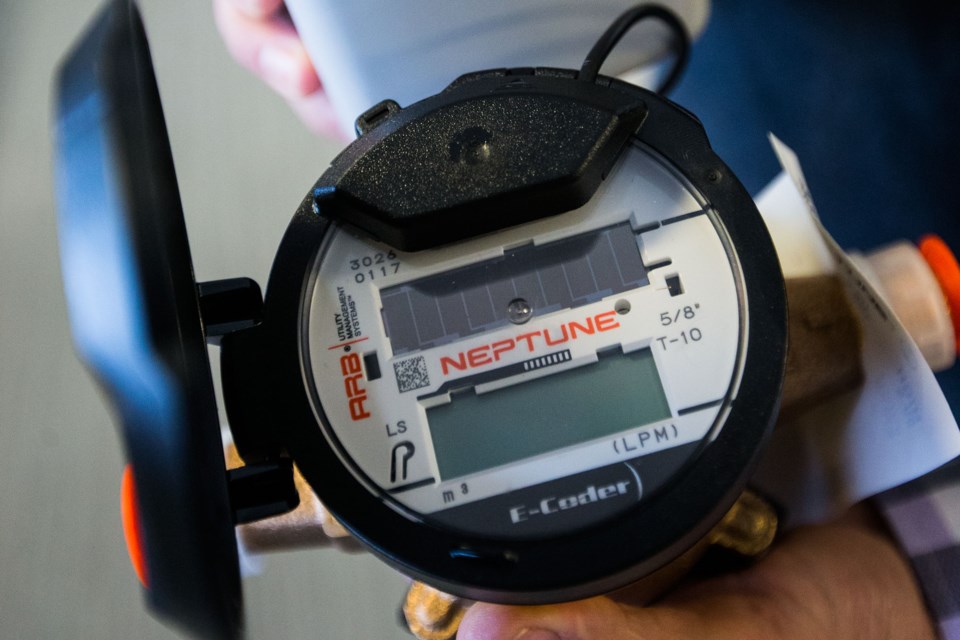 City council has approved an opt-out program for residents who don't want new smart water meters in their homes.

Residents who want to opt out of St. Albert's smart water meter program can now do so at nearly half the originally proposed cost.

On Monday, city councillors passed three readings of the amended water bylaw after working through a series of changes proposed by Coun. Sheena Hughes. Now, homeowners without smart water meters will manually submit meter readings online and city staff will take reads once every six months.

Hughes' motions knocked the cost of opting out back to $140, instead of the $270 per year that was originally proposed. Homeowners who have a new water meter installed can switch back to their old ones at no cost until the end of February.

Council will review the fee schedule for non-standard meters a year from now, after city staff have time to track the actual cost of delivering the service.

St. Albert rolled out its smart water meter program in late 2017 and began investigating a paid opt-out program last year in response to resistance from some homeowners who were concerned about electromagnetic radiation from radiofrequency (RF) transmitters installed with the meters.

Currently, 124 homes in the city are without smart meters.

Originally, the bylaw drafted by administration had city staff taking $35 manual readings bi-monthly. After Hughes’ amendments, the readings will cost $20 and will only take place every six months.

“What I’m asking for is ... if we could just put in something reasonable, and then certainly come back after six months to a year if the numbers need to be revised, we can revise them,” Hughes said. “I would rather err on the side of affordability than overcharge residents.”

In total, Hughes proposed six amendments, four of which passed. She was not successful in reducing the charge for online submissions and removing a $20 fee for missed submissions.

Originally, the city was going to charge residents $50 to switch back from smart meters, but Hughes’ amendment to pause that charge until Feb. 28 passed, with Coun. Jacquie Hansen voting against.

While debating a motion to reduce the fee for manual readings down to $20 – which she voted in favour of – Hansen said St. Albert offers a primary service, and it will cost money to deliver a secondary service.

“We’ve learned there are real issues out there, and people need to have an opt out and I accept that,” she said. “But I do think there is a cost to asking for a different service when a municipality is providing excellent service.”

Coun. Natalie Joly voted against four of Hughes’ amendments, and during debate around reducing the reading fee to $20, she said residents should pay for the service they want.

“We all have to pay for this, and the expectation is if this is a service you want then you’re paying for it, and I am supportive of that,” Joly said.

Two residents spoke to council Monday about the opt-out program before council passed the bylaw and asked council to come up with a more affordable program.

“Our request of city council is to respect the rights of individuals and families and refer this issue back to the administration with direction to provide meter readings, schedule and fees based on necessity and cost,” said Jerry Manegre.

In November 2018, Manegre and his wife Jeanne spent nearly a week without water after the city turned off their taps when the couple refused installation of a smart meter.

Manegre said in an interview he “really appreciates” Hughes putting the issue into perspective, and he is “very happy” they approved some of her proposed changes.

Administration said the fee schedule was drafted based on best guess of costs.

After Hughes’ tweaks to the water bylaw, it passed all three readings unanimously.