More contagious COVID-19 variant may be in community: Shandro

The new variants have shown to have infections rates 30 to 50 per cent higher than the current strain of COVID-19.
Jan 26, 2021 10:07 AM By: Jennifer Henderson, Local Journalism Initiative reporter 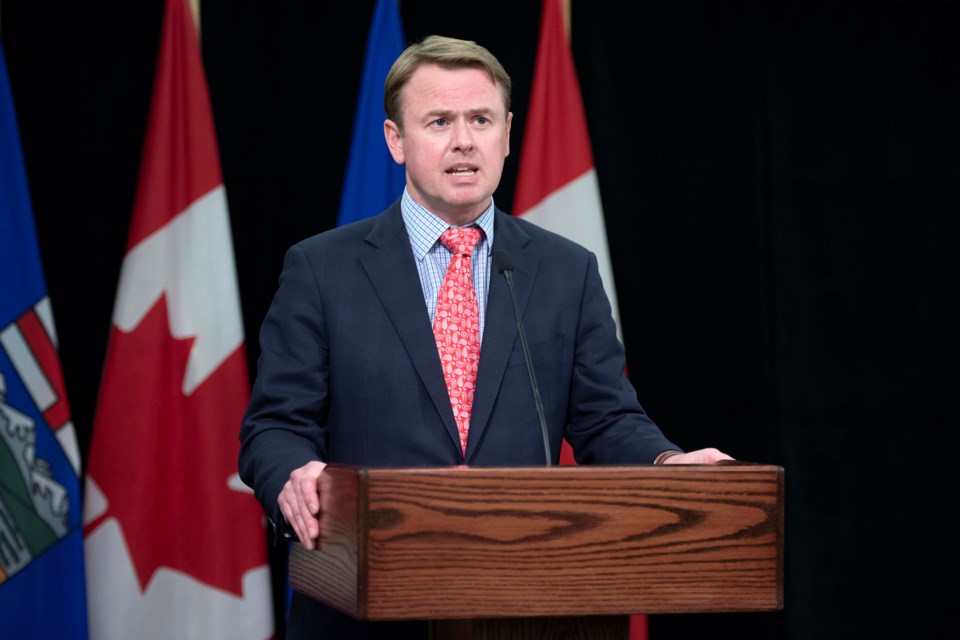 A case of a COVID-19 variant first found in the United Kingdom has been discovered in Alberta with no links to travel, prompting concern the case may have originated in the community.

The one case of the variant not linked to travel is "very concerning" Shandro said.

"So far, Canada has not seen these variants spreading in large numbers, but that might be changing."

The new variants have shown to have infections rates 30 to 50 per cent higher than the current strain of COVID-19. The strains aren't more deadly, but can spread more quickly, causing more infections and thus more hospitalizations, ICU admissions and deaths.

Shandro said England and Ireland have seen the U.K. variant spread rapidly through their population and cases in these countries have skyrocketed.

England has recently seen its highest mortality rates since the beginning of the pandemic, while Ireland has seen a rapid rise in cases and hospitalizations.

"Both countries saw a sharp increase in the number of cases," Shandro said, adding they have both had to implement strict lockdown measures to battle the virus.

If the variant strain spreads uncheck in Alberta with no public health measures to stop it, there could be 3,600 people needing hospital care within two months – three times the projection for the currently COVID-19 virus at 1,073, Shandro said.

Shandro said ICU admission over seven weeks would be projected to hit 800 if the variant strain spreads unchecked, compared to 200 with the original COVID-19 strain.

Currently Alberta has public health measures in place to slow the spread of COVID-19 in the community.

"These projections are only one glimpse of what could happen," Shandro said, noting there are public health measures in place to prevent this.

As a result, the province is taking additional steps to curb community spread, including increasing genetic testing of the COVID-19 virus to identify the variants as they arrive in the province. The province is also changing its border pilot program, which previously allowed travellers to not have to isolate if they got a negative test result as they arrived at the airport, although they had to get a follow up test six days later. Now, travellers must remain in isolation until their second negative COVID-19 tests comes back, and if they come back positive, travellers will have to then isolate for 14 days. All samples from travellers from the United Kingdom and South Africa will be analyzed for the variant.

The province will also be cautious when deciding to lift public health measures.

The province will now start posting weekly updates on the COVID-19 variants.

"I know news of these variants ... is distressing," Shandro said. "The research so far is showing that current vaccines do protect against these variants."

To battle the variants and the original strain of COVID-19, Shandro said the province needs more vaccine.

Canada is being hit harder than others with reduced vaccine shipments, Shandro said, adding there were no vaccine delivered to the country this week, with a 75-per-cent reduction from the expected number slated for next week.

"We need more doses now and we need them more urgently due to the increased threat posed by the new variant," Shandro said.