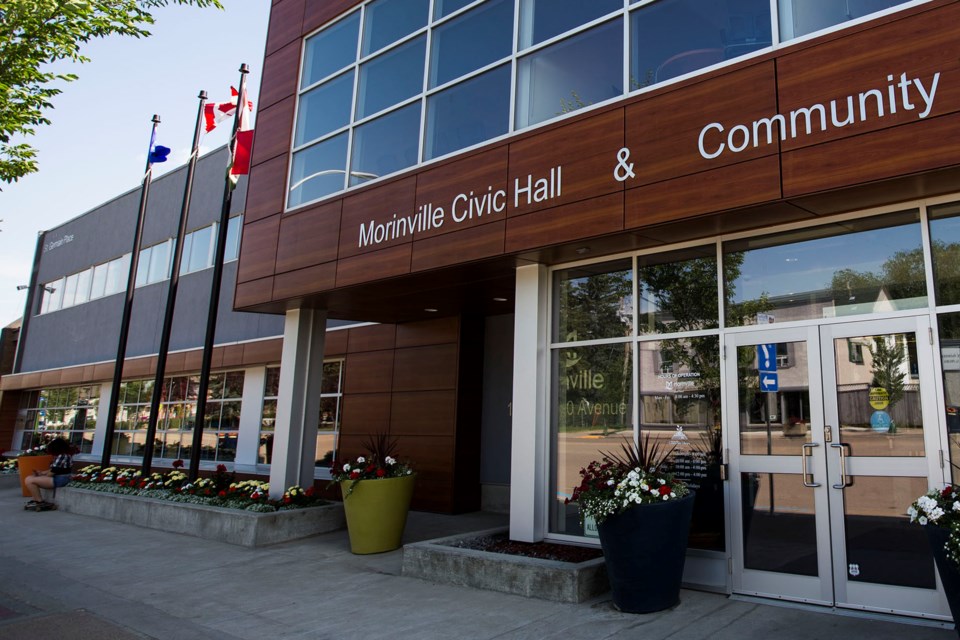 Morinville residents may have to give up a couple of Big Macs next year to pay for town council’s approved one-per-cent tax hike, suggests a town councillor.

The budget includes a one-per-cent property tax hike with a split mill rate of 1 to 1.1 (where non-residential properties are charged 1.1 times more tax than residential ones). For the average $332,696 home, that works out to an additional $24.99 in municipal taxes. The typical $858,697 commercial property would pay $70.96 more in taxes.

While council considered a zero-per-cent increase, Coun. Nicole Boutestein was one of four councillors to argue for one per cent. Morinville is a growing community, and Boutestein said she was concerned the town would have to cut services if it doesn’t raise taxes this year. She also noted a one-per-cent increase amounts to just $24.99 for the average homeowner.

“That’s 14 cups of Tim Hortons coffee throughout the year, maybe eight (cups) at Starbucks, or two Big Mac meals,” she said. “It’s a matter of putting it into perspective.”

Council previously voted to freeze stormwater rates at 2020 levels but approve changes to water, sewer and trash fees, adding $28.42 to the average home utility bill. Add in projected increases to the school and Homeland Housing levies, and the typical Morinville homeowner can expect to spend about $5,053 on all taxes and fees next year – an increase of $71.28, or about six dozen Tim Hortons doughnuts.

Council started budget deliberations in October with a proposed 1.5-per-cent tax increase. Councillors added $65,000 to give the RCMP some office space and $4,345 to cover a hike to Edmonton Global’s membership fees – a hike that prompted the town to apply to leave the regional trade group.

Council also made numerous spending cuts, including cancelling a two-per-cent wage hike (worth about $162,000), $50,000 for the storefront improvement program, and $30,000 from the town council budget.

Coun. Scott Richardson chopped $50,000 off the capital budget to replace vehicles, while Boutestein delayed next year’s $20,000 bi-annual compensation review until 2022.

Coun. Rebecca Balanko proposed a six-month hiring freeze on all new positions save for a new deputy fire chief, arguing council needs to be cautious with its dollars due to the uncertainties created by the pandemic.

“What I’m asking for is to sit in a holding pattern for six months,” she said.

Balanko’s move would have affected about three positions, two of which town chief administrative officer Stephane Labonne said were “absolutely fundamental to the success of the administration” as they managed projects funded by the province’s municipal stimulus program (such as the new outdoor skating rink and pavilion by the old Ray McDonald arena) and addressed staff training and safety issues.

Council supported Dafoe’s move to keep the split mill rate at 1 to 1.1 for a second year, which he pitched as a way to support businesses during the pandemic.

Council previously called for the rate to reach 1:1.5 by 2028 to bring residential tax rates in line with the regional average. This latest change means that won’t happen until 2030.

The bulk of Wednesday’s debate came down to the tax increase and the town’s looming tax-supported deficit.

Dafoe proposed a zero-per-cent increase. While he acknowledged this would leave the town with a tax-supported operating deficit (roughly $2.2 million) and that zero-per-cent tax hikes are not sustainable, he said businesses and families need all the help they could get to make it through the pandemic.

“We’ve had a bad year, absolutely, there’s no question about that,” Giffin said. “My concern is that next year will be bad as well.”

Towns cannot run budgetary deficits under the Municipal Government Act, and Giffin said a zero-per-cent tax hike would bring the town very close to one – it would have a roughly $102,000 surplus in its consolidated budget (which consists of the tax and utilities supported budgets).

“A one-per-cent increase, although painful, is prudent,” he said, as it would roughly double that surplus.

For several years, Morinville has avoided a consolidated budgetary deficit by using utility surpluses to pay off its tax-supported operating deficits – a dicey move, as those surpluses are meant to pay for utilities.

Turner said the town had to start reducing its tax-supported operating deficit as it was on track to blow past its provincial debt cap in 2027. It also ran the risk of having to substantially increase taxes and utilities if it ever needed that surplus utility cash (e.g. to fix a broken sewer).

The approved 2021 budget would be posted to www.morinville.ca/en/town-hall/budget.aspx later this month.