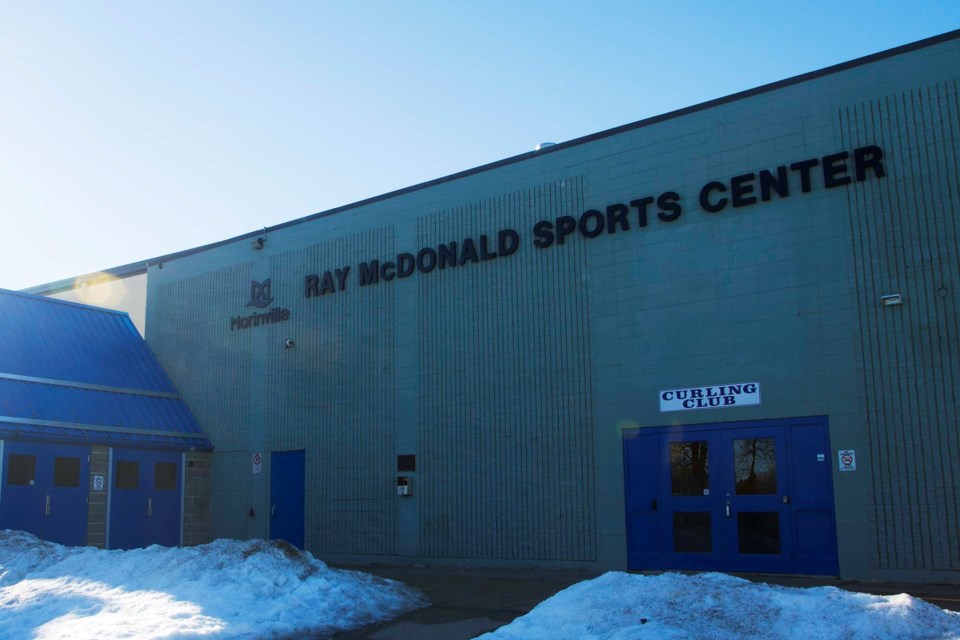 YOURS FOR $200K – Morinville town council officially put the Ray McDonald Sports Centre up for sale last week for $200,000. A group of investors had asked to buy the aged facility last August. BRYAN YOUNG/St. Albert Gazette

Want to buy a used sports centre? Morinville has officially put the Ray McDonald up for sale, and it could be yours for $200,000.

Morinville council approved the terms for the sale of the Ray McDonald Sports Centre last March 10.

First built in 1960, the Ray McDonald was long Morinville’s main hockey rink until looming repair bills prompted the town to build the new Morinville Leisure Centre as a replacement. While its curling rink is still operational, the ice rink has been closed since March 2019 and was slated to be demolished at some point for up to $2 million.

A group of investors approached the town looking to buy the sports centre last August, seeking to use it for regional hockey tournaments and training camps, town planning and economic director Brad White told council. Council directed administration to draw up a sales deal, which was brought back for their approval March 10.

The deal would see the entire sports centre building (but not the parking lot) sold as-is to the investors for $200,000 paid out over five years, with the title to the land under it transferred to them as well, White said. The new owner would gain the ability to sell the building’s naming rights, but would also have to pay property taxes and take on any of its risks and liabilities. The owner would sign a new five-year agreement with the Morinville Curling Club and a non-compete agreement with the Landrex Arena over at the leisure centre in regards to ice rentals and rates. Town staff would give advice on, but not help with, building maintenance. The town would keep the $184,805 debt it currently has on the building, which was set to be paid off in 2022.

While this sale was for less than the sport’s centre value, which had been pegged at $500,000 to $1.5 million, White said the town would have to spend a considerable amount of money to get it back into usable condition. The town would avoid some $170,000 a year in operating costs through this sale and would no longer have to subsidize the curling rink for $30,000 a year. It could also pick up some $4,100 a year in tax revenue.

White said this sale now had to be advertised for two weeks under the Municipal Government Act as it was for less than the property’s market value. Anyone, including that original group of investors, can now seek to buy the building for this price. Council would then have to wait at least 60 days before accepting any sale in case someone wanted to file a petition for a plebiscite on it.

Morinville Mayor Barry Turner said he supported selling this building, as it would let the town avoid the cost to demolish it and draw more visitors to the town.