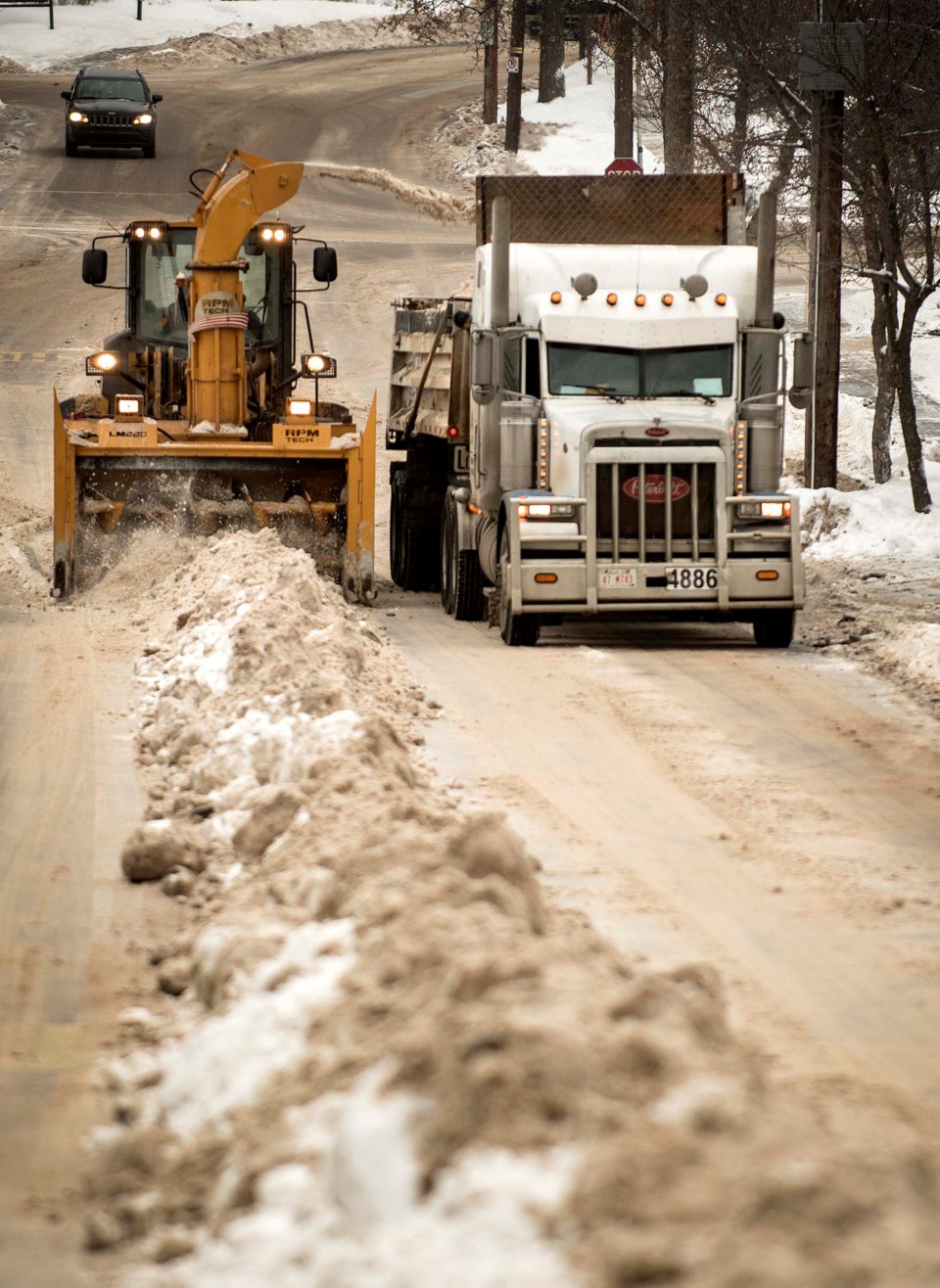 LESS OF THIS — Town of Morinville officials say they will ease up on the pace of snow removal this winter after going some $40,000 over budget this year. Shown here are St. Albert snow crews. DAN RIEDLHUBER/St. Albert Gazette

Morinville residents should expect more windrows on their streets this fall as crews dial back their efforts to clear snow.

Morinville town council got a report on changes to the town’s snow removal policy last Sept. 15.

The old policy, set in 2018, said town crews would clear streets of snow after five to 10 cm of it piled up. Crews would clear main streets, arterial, and residential streets, in that order, with no particular deadlines or target times listed.

Town community and infrastructure services general manager Iain Bushell said crews worked long into the night and racked up overtime last winter as they tried to clear whole neighbourhoods in a day – a standard way above the regional average and more appropriate for an emergency situation than a typical Alberta winter. Broken equipment, parked cars, crew shortages and a tendency to remove snow rather than pushing it into windrows all slowed progress and raised costs.

“We were trying way too hard to get rid of all the snow,” Bushell said in an interview.

The upshot of this was that the town has roughly $140,000 this year on snow removal, Bushell said – that’s $40,000 more than budgeted, and this coming winter hasn't even started.

Bushell said this new policy is meant to bring the town’s snow removal back down to a more realistic level.

The new policy says crews would sand key intersections and remove dangerous drifts on 100 St. and 100 Ave. within eight hours after up to five cm of snow had built up. Bushell said in an interview that snow depth would be determined by Environment Canada reports for consistency.

Crews would not actually plow streets unless five to 10 cm of snow had accumulated, at which point they would aim to clear main streets, arterials, emergency routes, and town parking lots within 24 hours, the policy said. Plows would move onto neighbourhood collector roads at 10 to 15 cm of snow, working to clear those within 72 hours. Residential streets would not be cleared until at least 15 cm of snow had built up, and would be cleared within five days at a rate of one zone per day.

“What we want to be able to do is clear streets around town consistently and then come back and remove the windrows,” Bushell said, instead of trying to clear and remove snow from one zone at a time. This new approach meant crews could leave windrows in place between intersections on residential streets for a few days

The new policy states residents would have their cars ticketed and towed if they do not move them when required for snow clearing. Bushell said crews had towed cars before, but not with much consistency.

Coun. Stephen Dafoe praised this change, noting it cost the town money when plows couldn’t get into a street due to parked cars. He also liked how this policy could lead to more roads cleared faster.