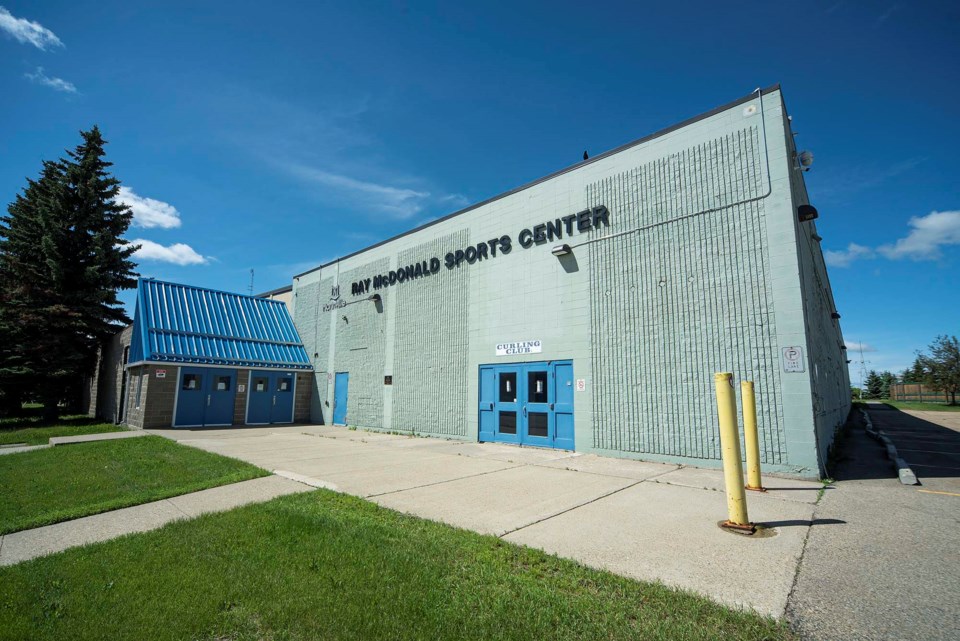 SOLD! — Morinville town council voted June 23 to sell the Ray McDonald Sports Centre to The Arena Inc. for $200,000. The venerable sports centre has been the town's main hockey rink since the 1960s. CHRIS COLBOURNE/St. Albert Gazette

Town council has agreed to sell the Ray McDonald arena.

Originally built as a Royal Canadian Air Force hangar in 1942, the Ray McDonald was repurposed as Morinville’s indoor ice arena in 1960. Sky-high repair costs prompted the town to begin pursuing a replacement arena – now known as the Morinville Leisure Centre – back in 2013.

Administration closed the Ray McDonald in March 2019 and had plans to demolish the arena side of it for $2 million. The investor group The Arena Inc. offered to buy the place last August for use as a hockey rink. Council drew up the sale conditions in March.

The sales agreement will see The Arena Inc. pay $200,000 over five years to buy the Ray McDonald arena and its naming rights as-is without the attached parking lot. The group will ink a new five-year lease agreement with the Morinville Curling Club (which uses curling rink attached to the arena) and a non-compete clause with the leisure centre.

A report to council showed Morinville wouldn’t make much money off this sale, as it still has a $184,805.08 debt to pay on the arena related to some extra rooms added to it decades ago. Still, the town would save on demolition costs, and would also gain tax dollars, a new business and more visitors.

Coun. Sarah Hall said this sale was a long time coming, adding the town would have come out ahead even if it sold the arena for a dollar.

The Gazette was unable to reach members of The Arena Inc.