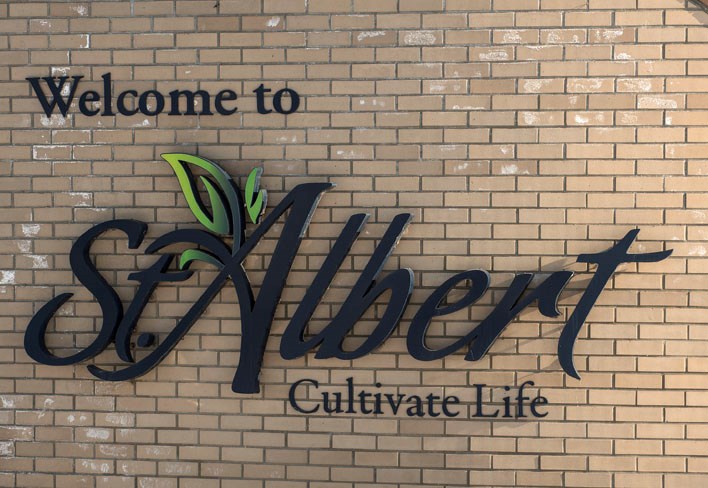 A full review of St. Albert's foundational planning document is now slated to start this year at a price of $1,094,400.

The decision means the rewrite of the city's Municipal Development Plan (MDP) will start in 2018 instead of 2019, taking 18 months to complete, but also means there will be less funding available for other capital projects in 2019.

The MDP is the underlying document influencing all other city planning documents, from area structure plans to building permits, and the current plan is around 20 years old. The city has a deadline of October 2020 to update it, due to a requirement from the Edmonton Metropolitan Region Board's (EMRB) new growth plan which was approved in October.

The rewrite will cost the city $325,400 this year and $769,000 next year, and will require the delay of area structure plans for Badger Lands and Lakeview Business District. The budgets for those two plans – $200,300 for Badger Lands and $125,100 for Lakeview Business District – will cover the cost of the 2018 work, while 2019 costs are being funded through the capital reserve.

Both area structure plans are now unfunded and work on them will be postponed.

The area structure plans were originally approved in December when council passed the 2018 budget. At the time, Mayor Cathy Heron said the plan for Lakeview Business District is an important step in the city's aim for a tax assessment split of 20 per cent non-residential and 80 per cent residential, often referred to as an 80-20 split.

Planning and development director Adryan Slaght said in a report for Tuesday's council meeting that area structure plans should be built from the MDP, adding that due to the MDP timeline laid out by the EMRB, city staff felt it would not be "efficient" to work on area structure plans until the MDP is finished.

"It is important that initiation of the (MDP) occur prior to the development of new area structure plans," he wrote.

"This will allow all newly created (area structure plans) to support the new MDP growth plan and strategic direction."

Slaght's report also outlines concerns with moving ahead with the area structure plans this year. For Badger Lands, the city has not yet finalized the Fowler Way alignment in Jensen Lakes and has also not finalized its Land Strategy and Facility Needs, both of which will impact the area structure plan. Servicing costs have not been funded for the area, which limits the area's development.

As for Lakeview Business District, the city heard a pitch from a developer in January about a potential partial area structure plan.

Slaght said in his report that the developer's timelines are "more aggressive" than what city staff can deliver, which means they won't be collaborating on the area structure plan.

"This move to develop an independent ASP may lessen the need to rush with the Lakeview ASP," he wrote.

That land also faces servicing constraints that could limit the ability to proceed with developing the area, he said.

On Tuesday, councillors voted unanimously in support of funding the MDP rewrite, noting its alignment with the strategic plan they released in March.

"I think it's been a long time coming, and the external forces being brought to bear have sort of brought a priority to this, but it's certainly time for St. Albert to go down this path," said Coun. Wes Brodhead.

Coun. Ray Watkins said he was very supportive of funding the rewrite but had concerns about delaying the two area structure plans.

He said he will be looking at ways to continue some of the work on those plans without requiring a lot of money.

Coun. Sheena Hughes said she is looking forward to seeing how the plan manifests but cautioned her fellow councillors that council's work must go on in the meantime.

"I just wanted to remind us that the business of running the city continues regardless of the MDP," she said.

"We still need to make sure that the lower-level documents are receiving the attention they deserve in the next couple of years for anything that needs to happen."

Coun. Ken MacKay said he heard Hughes' warning, adding the project is also an exciting one.

"It's an exciting time to be sitting on council and to be a member, so I'm really looking forward to what comes out of this," he said.

"I'm really looking forward to what comes out of this, because I think this is an opportunity to really drive what we're going to look like as a community, not only in the short-term but obviously in the long-term for 40, 50 years."

"It's great to see this coming together so quickly," she said.

The city was originally budgeting $752,000 for the project to begin in 2019, with the rewrite happening over a three-year period. Slaght stated in his report that the extra cost is necessary in order for the planning department to compress the timeline of the rewrite from three years down to 18 months.

The total amount council approved would include an estimated $360,000 in staffing and consultant fees – the equivalent of two extra staff for 18 months.

Slaght stated in his report that the department's approach to the rewrite will include consultation and workshops with community groups as well as city council.