A new weighting system for capital projects in St. Albert means councillors may need to take a hard look at their 10-year capital plan.
0
Feb 14, 2018 12:05 AM By: April Hudson 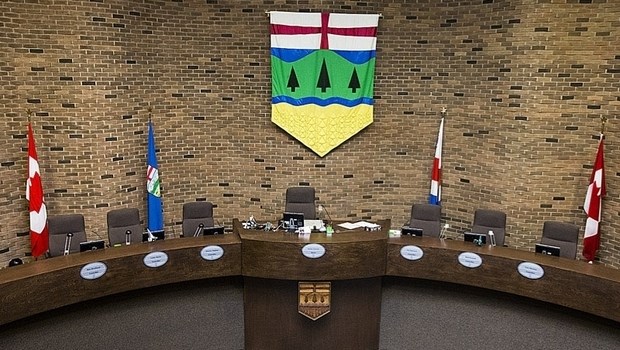 A new weighting system for capital projects in St. Albert means councillors may need to take a hard look at their 10-year capital plan.

At Monday's governance, priorities and finance committee meeting, councillors reviewed a new weighting system for capital projects. The system was used during the last budget cycle in November and December and includes a list of criteria for projects to be scored by.

Some examples of criteria include the risks associated with not doing a project, how the project could improve aspects of the community such as residents' quality of life or recreational and cultural activities, and whether it would attract tourism or business to St. Albert.

Mayor Cathy Heron said the system took a lot of work on the part of staff.

"I think ... council was generally pretty pleased with it, so we're pretty much saying, 'Go ahead and keep doing it,' " she said.

Council members will see the final form of the new system on Feb. 26.

Financial services director Diane McMordie described the new system as a "robust" process, where the person in charge of a project would initially score it based on the new system. They would need to provide justification for their scoring, and it would then go to a smaller capital committee for vetting.

The change to the weighting system will affect the city's long-term capital plan, which is currently underfunded by hundreds of millions of dollars.

Heron said it's time council members have "an honest conversation with each other" about what projects to strike from the plan instead of continuing to push projects from one year to the next.

"I think this council needs to tackle some of these big questions," she said.

Once council has decided which projects to keep and which ones to scrap, Heron said the projects that make the cut can be put through the new weighting process and prioritized accordingly.

She acknowledged that would be a "huge task" but said there are many projects in the plan that councillors do not know enough about.

"More gets added than ever gets taken away."