Francophone school will move out of old convent and into a brand new building
Nov 6, 2019 10:00 AM By: Jennifer Henderson, Local Journalism Initiative reporter 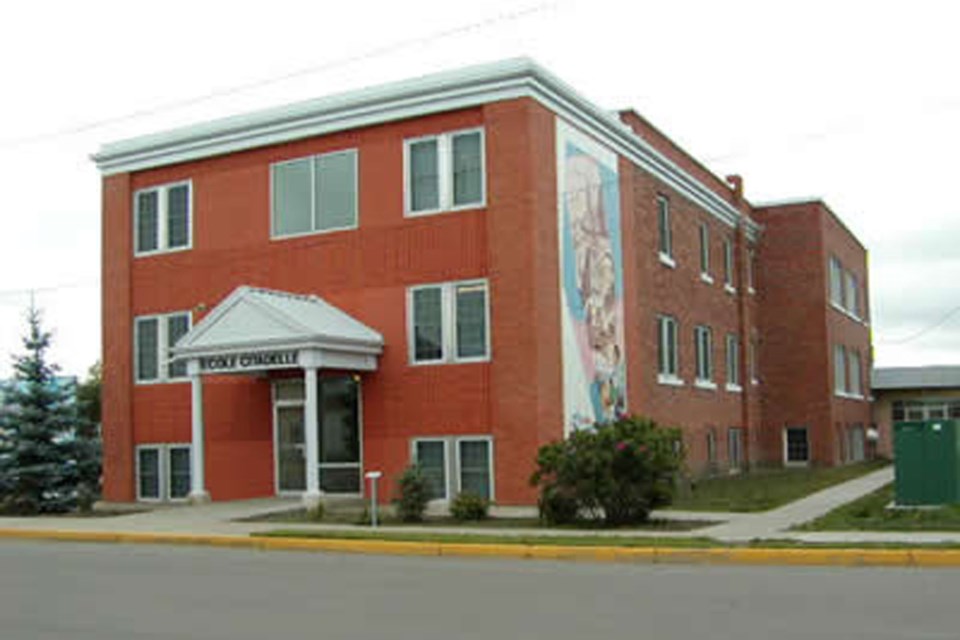 The current Legal School is located in a convent that was built in 1925.

The Morinville Community High School is receiving funding to modernize its career and technologies studies area, thanks to a provincial funding announcement.

On Friday, the province announced the modernization, as well as a new K-9 Francophone school slated to be built in Legal, which will replace an existing school that sits inside an old 1925 convent. The school was established in the building in 1995.

The province's 2019 capital plan includes 15 new schools. Six other schools are slated for replacement and four will receive modernizations or additions.

Joe Becigneul, chair of the Greater St. Albert Catholic School board (which operates the Morinville school), said the funding was surprising and great news for Morinville High.

The money will go toward modernizing the foods lab, the cosmetology class, the fashion studies area and the student common area. Becigneul said he believes the plan includes installing an elevator to the second floor, which is currently not accessible.

“We were pleased, especially where it's been on the capital plan and has been a number one project for (around five) years,” Becigneul said.

“As long as I've been a trustee, and perhaps maybe as long as five years, the number one project on our list has always been the renovation of the career technology studies area at Morinville Community High.”

Becigneul said the current career and technologies studies area at the school doesn’t fit the needs or demand from the students.

“The food studies, that is way overtaxed and it's quite outdated,” Becigneul said.

There are around 550 students attending the school, with more than 200 enrolled in food studies.

“The current kitchen spaces allows for less than half of the students to participate in the food labs per block,” Becigneul said.

The cosmetology area has an annual enrolment of between 75 and 90 students but the classroom space doesn’t currently accommodate salon sinks. The chair said the students have to walk to another area of the school to use sinks.

The fashion area will be moved to the mezzanine space and the student common area, which serves as the cafeteria, will get a face lift.

Right now, there has been no timeline announced from the government on when the modernization of the school, which serves students in grades nine to 12, will be completed.

Out in Legal, the Greater North Central Francophone Education Region board chair Tanya Saumure said the board is thrilled to be getting a new school to replace École Citadelle.

“It feels amazing. It's really great because the parents have been waiting for over 15 years for their community,” Saumure said.

The new school is one of five schools that has been earmarked for possible delivery using a public-private partnership (known as P3s). In a press release the provincial government said Alberta has sucessfully used P3s to deliver 40 schools, ring roads in Calgary and Edmonton and a water/wastewater treatment plant in Kananaskis Country. The projects save an estimated $2.2 billion over the cost of delivering projects through more traditional methods.

Currently, the K-9 school is located in an old convent and the new funding for the school will get the students out of a building that was built in 1925. The new school will be located on the same land parcel as the Legal School, which was sold to the board from the Greater St. Albert Catholic board.

Because the current school is not being held in a space built to host kids, they don’t have features like a gymnasium built into the building. Right now, kids go to the community centre to have their gym classes. Saumure said the current condition of the building is restricting the ability of the school to be fully inclusive and accessible and Francophone education needs to be accessible to all students.

The Francophone school has 131 students enrolled from Legal, Morinville, Picardville, Gibbons, Bon Accord, Redwater, Namao, Busby, Vimy, Thorhild, Westlock and Clyde, and the board provides free transportation for all students living in these areas.

Saumure said the board is not sure how big the new school will be or what its capacity will be. École Citadelle will remain a Catholic School but offers a public program too.

“We offer Catholic religion classes, but parents can choose to put their children in an ethics class,” Saumure said.

Saumure said it is great news the Francophone system is getting attention from the province in the recent funding announcement. The board holds school in basements of churches or are just 12 portables held together with no space for gymnasiums or libraries.

“We just have a lot of needs to bring a lot of our infrastructure equal to the majority,” Saumure said.

“People sacrifice a lot to get that Francophone education and that culture a part of everything and to keep their language alive.”