No added fluoride in water as of this weekend, says EPCOR 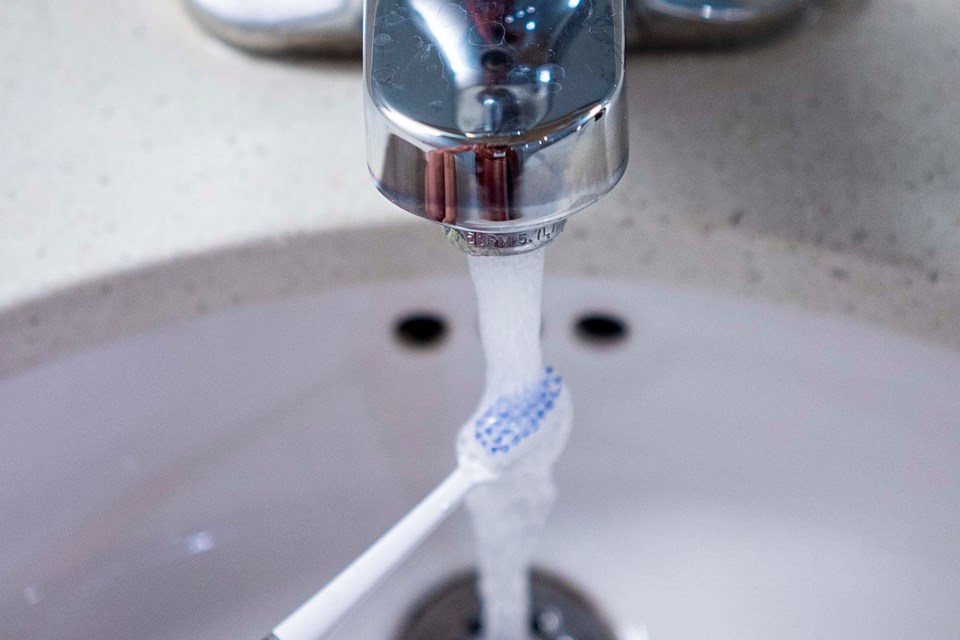 Epcor announced this week that it had stopped adding fluoride to drinking water at the E.L. Smith Water Treatment Plant so it could upgrade the plant's fluoride system. The outage is expected to last seven months. CHRIS COLBOURNE/St. Albert Gazette

A St. Albert dentist says residents should step up their tooth-brushing these next few months now that Epcor has temporarily turned off the fluoride tap for our water.

Epcor announced this week that it had stopped adding fluoride to drinking water at the E.L. Smith Water Treatment Plant so it could upgrade the plant’s fluoride system. The outage is expected to last seven months.

“Starting Monday we started draining the tanks, and the fluoride will be completely off by this weekend,” Epcor water treatment plant director Audrey Cudrak said Thursday.

Crews are replacing the four gigantic tanks the plant uses to hold its hydrofluorosilicic acid, which is what you add to water to get fluoride, Cudrak said. The tanks, which are about 4.5 metres tall and 2 m wide, and hold 17,000 L each, are about 21 years old and have reached the end of their lives. The replacement process will take about seven months, during which Epcor won’t be adding fluoride to the water at the plant.

The outage affects the water supply of much of Edmonton and the Edmonton region, including Alexander, Alcomdale, Cardiff, Leduc, Legal, Morinville, Riviere Qui Barre, St. Albert, and Sturgeon County. Communities serviced by the Rossdale treatment plant will still get fluoridated water.

While water from the North Saskatchewan typically has about 0.1 parts per million (ppm) of fluoride in it naturally, Epcor has added additional fluoride since 1966 as a way to prevent cavities. The company looks to keep fluoride levels at about 0.7 ppm, which is what Health Canada says maximizes tooth protection while minimizing the risk of tooth discolouration from fluorosis.

Alberta Health Services says that not adding fluoride to the water for seven months shouldn’t affect dental health, but recommends that residents avoid sugary foods, brush with fluoride toothpaste, and see their dentists regularly during this outage, Cudrak said.

“In terms of safety and quality of drinking water, nothing has changed.”

Fluoride in water significantly reduces tooth decay and is considered one of the top public health initiatives of the last century, said Colin Diener, a dentist at St. Albert’s NUVO Dental. A recent study found that tooth decay in Calgary youths got significantly worse compared to that seen in Edmonton youths following Calgary’s decision to stop putting fluoride in its water in 2011.

“If you’re not already prone to getting (tooth) decay, this likely won’t make a difference to you at all,” Diener said of the fluoride outage.

But if you’re a kid, or if you don’t regularly brush, floss, and rinse with a bacteria-killing mouthwash, this outage could be a problem, as you’ll no longer get that protection from your water, he continued.

“Cavities in kids, especially with baby teeth, they can move pretty quickly in seven months.”

Parents should play close attention to their kids’ brushing and flossing habits, and steer them away from high-sugar diets, Diener said. Anyone who’s prone to tooth decay should talk with their dentist, who may recommend fluoride rinses, gels, or supplements.

See bit.ly/2lDE81L for details on the outage.