No regulation for short-term rentals in St. Albert

Entire home rentals not covered under existing regulations for home businesses
0
Sep 10, 2019 11:08 AM By: Hannah Lawson 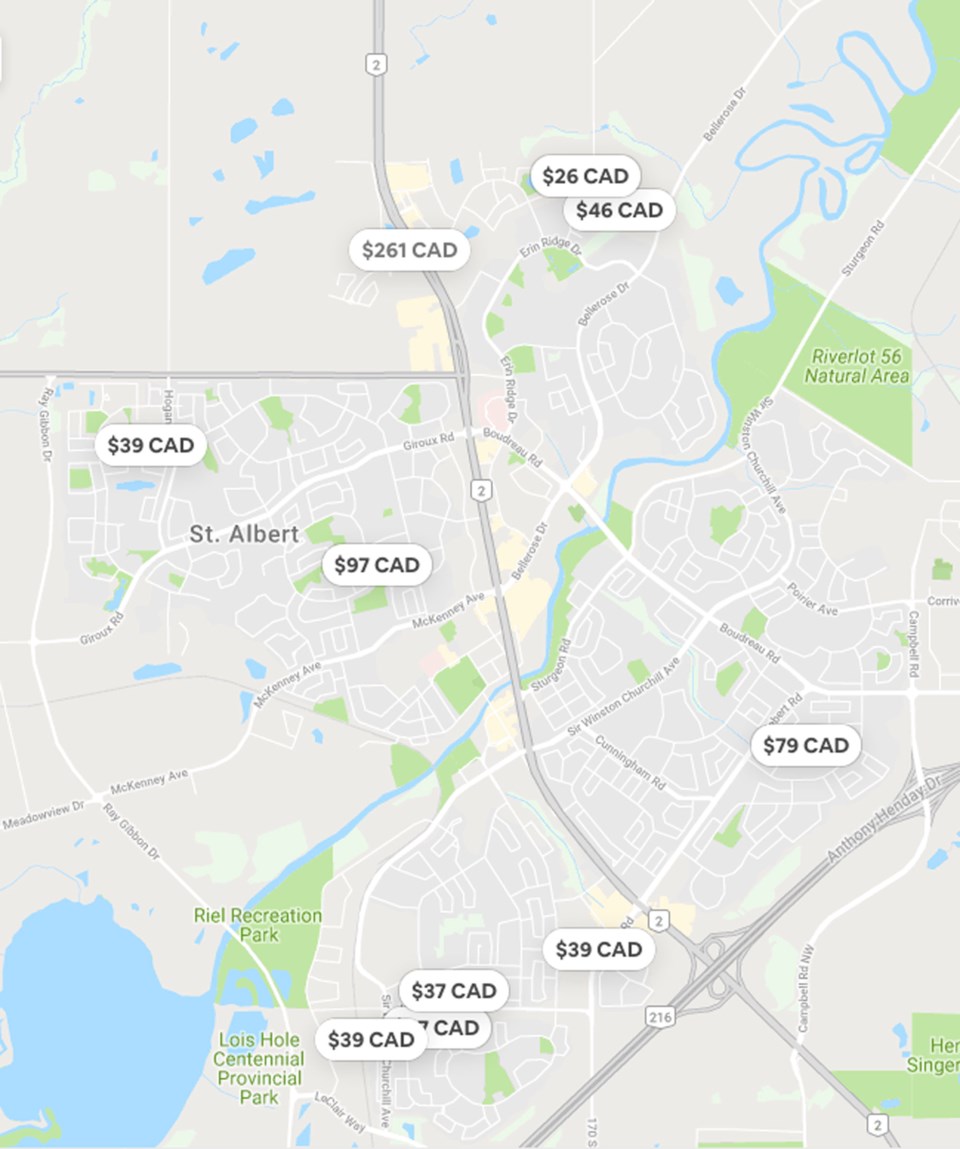 Map shows the location of some Airbnb rentals in St. Albert.

While some municipalities in Alberta are starting to zero in on regulating short term rentals such as AirBnb, the issue has not hit St. Albert’s radar yet.

Currently only short-term rentals that involve renting a single room of someone’s home they live in are regulated in St. Albert and requires a business license.

Operations that involve renting out entire apartments or houses are completely unregulated at this point.

Coun. Ken MacKay said he has heard concern from some residents about how their neighbourhoods are being impacted by houses being purchased for the sole purpose of flipping them into short-term rentals.

“I think we’re going to have to definitely get more information on it and see how other communities are handling it and dealing with it,” he said.

Short term rentals bring up concerns with competitiveness with the hotel industry, MacKay said, that the rentals are not regulated in the same way hotel companies are. In addition, they could pose issues around insurance, fires, noise and parking.

“I think there’s obviously a gap that it fills, a need maybe, but at the same time I think we need to look at if it’s unfair or causing problems then we need to address that,” MacKay said.

St. Albert does not currently have any bylaws that explicitly define “short-term rental,” so the city must fall back on regulating single-room rentals as a home business. In St. Albert’s land use bylaw, home businesses fall under “home occupation,” which is defined as commercial operations in residential districts that change the residential character of the neighbourhood.

A resident applying for home occupation would need to obtain a development permit, and once that is complete, a business licence. St. Albert communications adviser Juliann Cashen said some short-term rental operations have been through this process, but “there are certainly others that have not.”

The city does not keep track of how many short-term rental operations have obtained proper permits. Enforcement is done when complaints are made, and the city does not have development officers actively looking for illegal home businesses.

Because home occupations must be contained within one room of the dwelling and be operated by a permanent resident of that home, full-home or multi-room rentals do not fall under these regulations.

“If that kind of short-term rental were to happen, that would not fall under home occupation, and the City of St. Albert doesn’t regulate that through any bylaw,” said St. Albert manager of development Jean Ehlers.

Coun. Sheena Hughes said the issue has not hit city council’s radar yet, but “that’s not to say it won’t.”

“I personally have used lots of short-term rentals so I can see the value in them,” she said. “But you also have to make sure you don’t get an influx of bad tenants, there’s some kind of screening from the owners.”

She added council could start looking into regulating short-term rentals if it becomes an issue for residents.