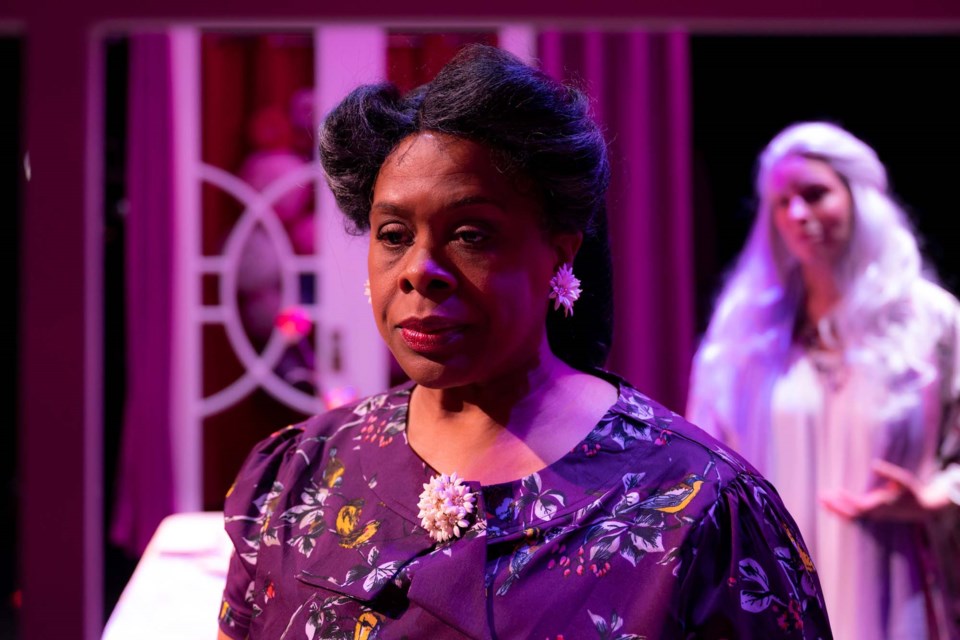 Tennessee Williams had a knack for writing plays about people who could never completely feel comfortable in their own skins. Harsh patriarchs, fragile belles, and repressed members of the LGBTQ community were all a product of his beloved Deep South – individuals who struggled to conform under the pressure of genteel manners.

To Northern Light Theatre artistic director Trevor Schmidt’s credit, he takes Williams’s Something Unspoken and sculpts a simmering two-hander of bottled-up, same-sex romantic and sexual desire. Much is left to the imagination. After all, the 70-minute, one-act completely hinges on words said and those unsaid.

Since COVID-19 restrictions are in place, the theatre is streaming a filmed version of the stage production from May 13 to 16.

Set in mid-century Louisiana, Cornelia Scott, played by Davina Stewart, impatiently awaits the election results of the Confederate Daughters Society. Although the fading beauty covets the prestigious position of president, she refuses to attend the election in the mistaken belief it will strengthen her position. In her unvarnished arrogance, Cornelia expects 100-per-cent acclamation from the society.

As she anxiously sits at the lace-covered dining room table with telephone by her side, Cornelia is joined by her secretary and companion Grace Lancaster, played by Patricia Darbasie. While Cornelia is every inch an influential, wealthy Southern aristocrat who sports iron fists inside velvet gloves, Grace is the polar opposite – financially destitute, agonizingly submissive, and completely dependent on her employer.

The moment Grace joins Cornelia at the breakfast table, tension cuts between them. As Cornelia jockeys for power with the Confederate Daughters Society, the complicated relationship between the two women plays out.

Initially, Williams wrote the play for two Caucasian women. Schmidt has added an extra layer of class difference casting a black actor in the role of Grace. The production, however, never comes across as a race issue, but as an imbalance of power between two women deeply intertwined in each other's lives.

That balance of power shifts several times as Cornelia, the play’s aggressor, attempts to draw out Grace and speak of something unspoken. On the other hand, Grace struggles with it and uses every trick to refuse discussing it. While Cornelia holds power through wealth and position, Grace wields power over her employer by delaying discussions.

Dressed in a peignoir, Stewart’s performance as Cornelia is stunning as an egotistical patrician demanding complete obedience. Trapped inside a cage of gentility, Cornelia has never developed a self-realization of her own words and actions. However, in the privacy of her home, Cornelia’s insecurities are on full display. One can only pity her, and therein lies the power of Stewart’s portrayal.

As Grace, Darbasie is so timid initially, it makes one wonder how she endured Cornelia’s pretensions for 15 years. But in an unexpected rebuke to Cornelia’s demands, Darbasie delivers an inspiring and touching monologue that showcases her character’s strength and depth. Darbasie has always demonstrated serious acting chops, but this performance is a high-water mark.

Schmidt’s directing is both relaxed and precise. Through the use of film – a medium that allows the director to focus on specific elements – he cleverly targets visuals and sounds that heighten the pressure-cooker atmosphere. Combining that with a simple set that evokes a sense of faded splendour, there is a feeling the old ways are receding and change is coming.

Something Unspoken will be streamed numerous times each day from Thursday, May 13, to Sunday, May 16. Tickets are $30 per household. Visit Northern Light Theatre. 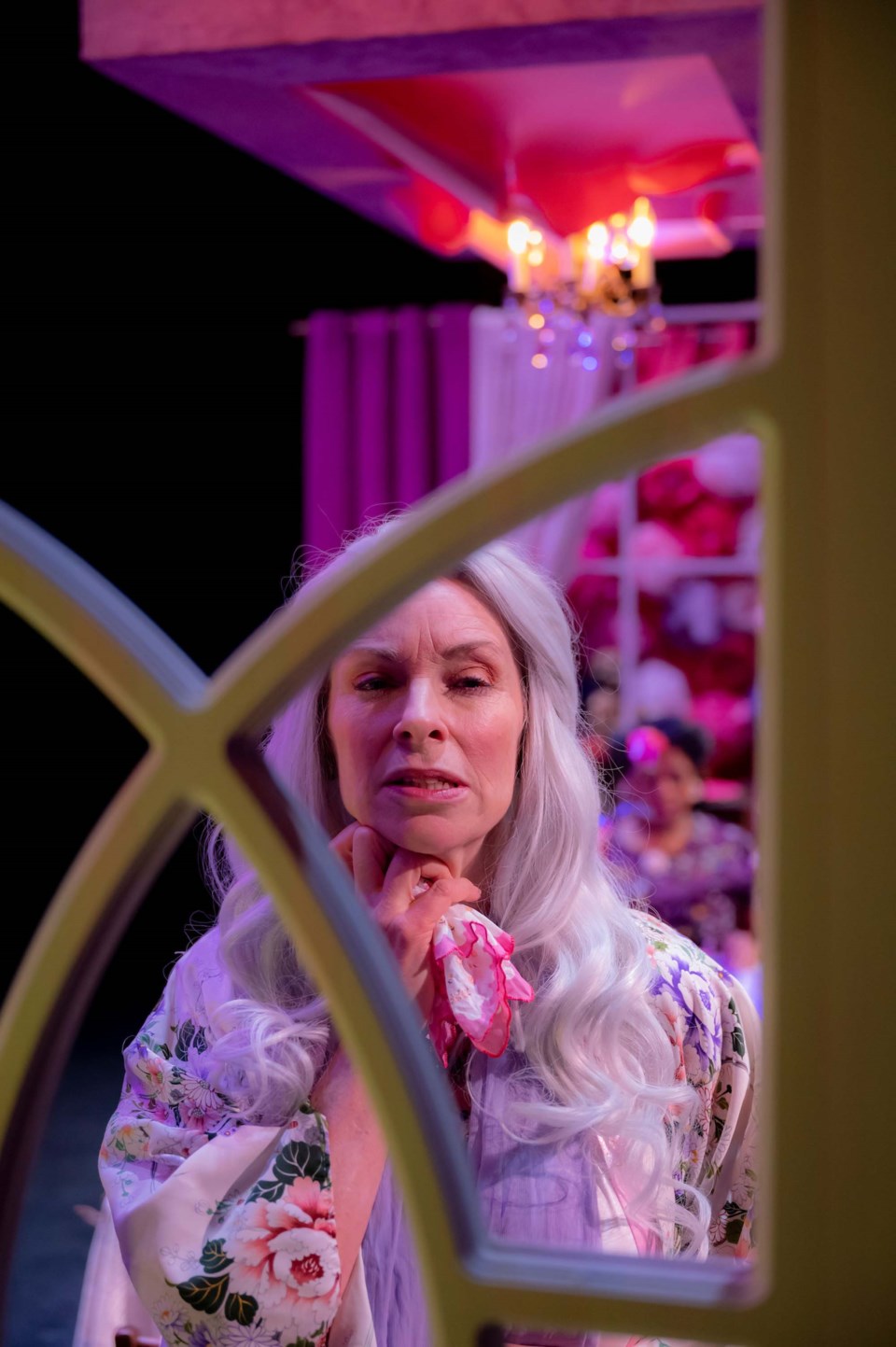