A former St. Albert woman is among the 17 finalists to be one of Canada’s next two astronauts. Nathalie Sleno has been selected from a field of more than 3,700 people who applied to the Canadian Space Agency.
Apr 26, 2017 12:00 AM By: Scott Hayes 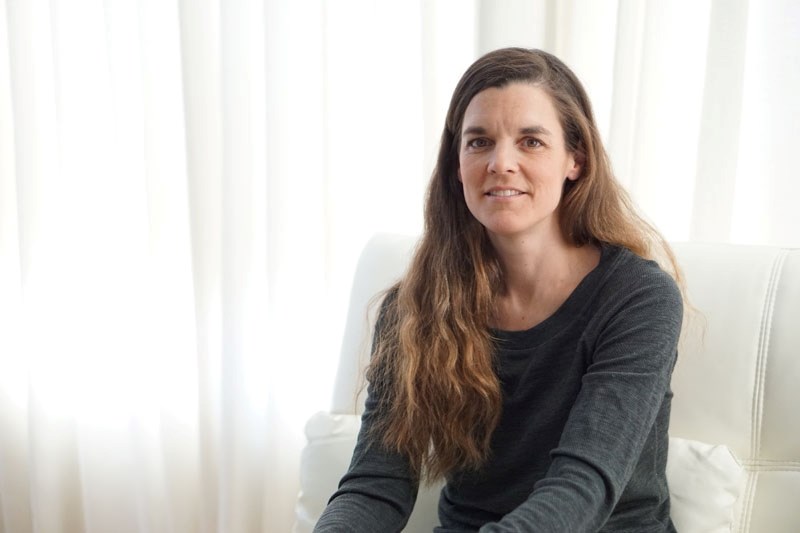 The Canadian Space Agency announced that Nathalie Sleno is now one of 17 candidates still in the running be one of the country&#8217;s next two astronauts.

A former St. Albert woman is among the 17 finalists to be one of Canada’s next two astronauts.

Nathalie Sleno has been selected from a field of more than 3,700 people who applied to the Canadian Space Agency.

The official announcement came on Monday when the Hon. Navdeep Bains, Minister of Innovation, Science and Economic Development, announced the 12 men and five women finalists during a press conference in Toronto.

“The 17 finalists in this competition come from all walks of life. They are doctors, engineers, pilots and scientists. They have the power to fire up the imaginations of our young people and influence the next generation of space scientists and innovators,” Bains said.

Sleno is a pilot, doctor, teacher and mother of seven. She is an alumna of the 533 St. Albert Royal Canadian Air Cadet Squadron and a graduate of St. Albert Catholic High School. She joined the military and obtained her pilot’s license through the Namao Flying Club. She graduated with a Bachelor of Science with distinction from the University of Alberta, and became a bioscience officer in human factors and ergonomics with the Canadian Armed Forces, later working in aerospace physiology. She received her medical degree from the University of Manitoba and currently leads the 1 Field Ambulance Detachment in Yellowknife, serving military personnel as an aviation medical officer with the 440 Squadron.

On her candidate’s profile page on the CSA’s website, she says that her motto is “Have faith, work hard and have no fear.”

She is one of the five women and 12 men who have made it to this stage of the process, with four out of that total coming from Alberta. All of the 17 final candidates have a strong background in sciences and the field includes people in such professions as test pilots, soldiers, medical doctors, engineers, university professors and researchers.

“Space has the power to inspire. And I can think of no better sources of inspiration for young Canadians than the enormously gifted men and women who make up the cohort of astronaut candidates that our country has to draw from. Every one of them is a high achiever in their own right,” Bains said.

There have only been 12 astronauts hired since the Canadian Space Agency first started in 1983. This Astronaut Recruitment Campaign started last year with more than 3,700 enthusiastic adventurers applying for the two spots. The field was reduced to 72 back in February, and then whittled down to 32 candidates shortly after that.

Sleno and her fellow candidates are now set to move into the final phase of the recruitment process. The agency expects to announce its final choices before the end of summer.