The city's first birthing centre seems to be on track, after an open house last week was met with mostly open arms and generous comments from the public.
Jan 21, 2021 11:30 AM By: Scott Hayes 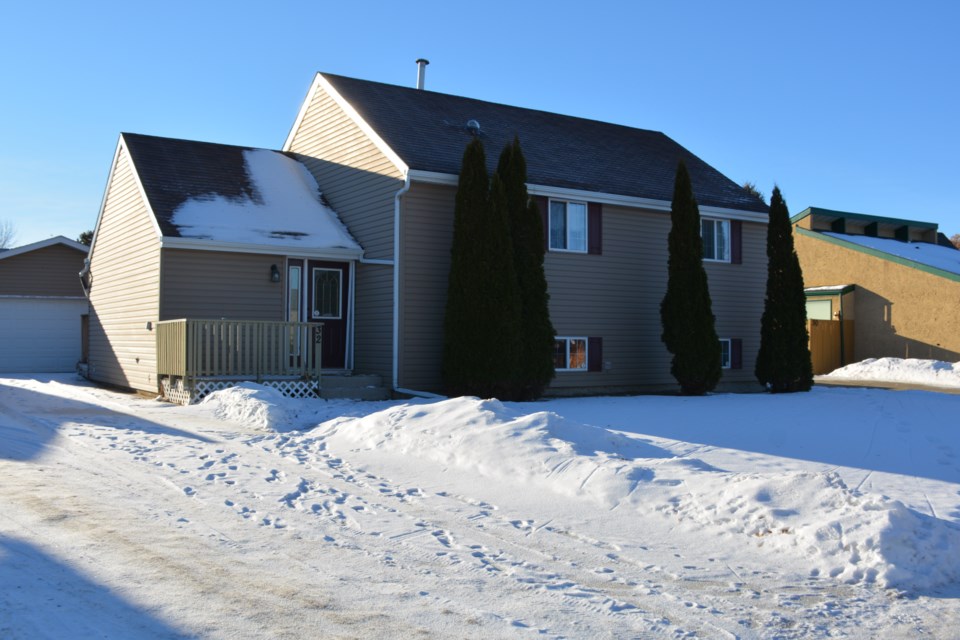 The proposed rezoning of this Akins Drive property could mean that it would be the future home of St. Albert's first birthing centre, a project run by St. Albert Community Midwives. SCOTT HAYES/Photo

There was a lot of warmth and praise yet some cool reactions for a proposed birthing centre in Akinsdale from members of the public during a virtual open house last week.

The forum was arranged by consultant company WSP to discuss the rezoning that would be needed in order for the project to proceed. Currently, the proposed site is a single family detached residence at 32 Akins Dr. near the intersection with Alpine Boulevard and across the street from Appleyard Square, the strip mall that includes a 7/11, car wash and LB's Pub.

The meeting was recorded and posted on the St. Albert Community Midwives' website.

The project was put forth by the Midwives and would, if approved, become St. Albert's first birthing centre. There are only five others throughout the entire province, though demand is growing for them.

"I think this is a fabulous addition to the neighbourhood. I have absolutely no problem and I’m not concerned about parking or anything else," stated Keri McEachern, an Akinsdale resident who has utilized the services of both a midwife and an OBGYN for her deliveries.

She said the difference in care between them was like "night and day." Besides that, she thinks the midwives would make for excellent neighbours and the current pandemic has fully demonstrated the need for such a facility.

"Women need to have options in birthing and additionally now, during COVID, birthing centres are able to maintain distance and capacity better than hospitals. Hospitals are for sick people. Having a baby is not emergent and the women, less any emergencies, are able to deliver with minimal interventions," she said, adding the Sturgeon Community Hospital is close enough in case transfer of care is needed.

The presenters indicated impact on residential traffic on Akins Drive would be considered minimal.

During the meeting, the criticism arose that birthing centres are funded through Alberta Health Services. According to the Alberta Association of Midwives, midwives are autonomous government-funded primary health care providers for pregnant people and their newborns, supporting their health and safety from early pregnancy, through labour and birth, until six weeks postpartum. They work independently and in collaboration with other health care professionals as needed.

The website for Birth Partnership Midwives explains that "unlike doctors who can bill for each individual service like clinic visits, interpreting lab tests, and attending a birth, midwives use a 'Course of Care' model that pays midwives one fee for all services provided to a woman from the beginning to the end of care."

The next stages of the rezoning process include drafting a direct control district that would then need to be reviewed by city staff. A second public meeting might need to be scheduled in advance of city staff preparing a bylaw that would be presented at a city council public hearing. Council's decision at the end of the process could come between three to five months from now.