“ ‘Overwhelming’ ” is the word I hear most often when people call me,” says Kristie Demke, owner of Organomics, a professional organizing service.
Feb 19, 2016 11:00 PM By: St. Albert Gazette 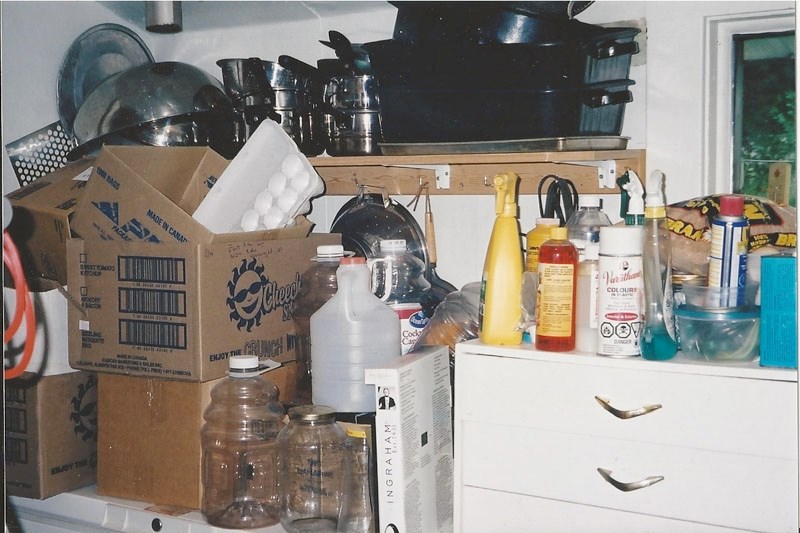 A little help can turn disorder into order and help with strategies to keep chaos at bay.

“ ‘Overwhelming’ ” is the word I hear most often when people call me,” says Kristie Demke, owner of Organomics, a professional organizing service.

“I’ve never met a client yet who is lazy, stupid or unmotivated. They’re all doing their very best. The disorganized people don’t call me because they’re happy being disorganized. These are people who want to be organized, but something is getting in the way.

“Certain factors have caused them to get out of their normal organizing routine. Like a new baby or retirement or moving or a flood in the basement or big layoffs at work so they’re doing the work of three people now.”

Demke has almost 20 years of experience helping people get the clutter out of their lives. She was her mother’s little helper as a child, eager to organize the kitchen cupboards. When she discovered people made money doing what she loves to do, she was on her way toward a fulfilling entrepreneurial adventure.

“It was like finding out I could get paid to eat chocolate,” she says.

In 1998, she was a pioneer in the local market, hiring herself out to folks needing to get a handle on their disorder. Eventually, she discovered what she was doing was a legitimate profession, with an official certification program in the U.S. and hundreds of cohorts trained to attack disorganization wherever they found it. Her business has developed into both a residential and corporate service.

“You are working very closely with people, so you have to be aware of boundaries,” says Demke, a member of the 600-strong Professional Organizers in Canada, which has 14 chapters across the country, and 40 members in the Edmonton area.

Stacy Walker, vice-president of the local chapter and a professional organizer for 12 years, also emphasizes the importance of being sensitive. She specializes in extreme clutter and chronic disorganization, including hoarding, and her work brings her into the homes of people who may feel embarrassed by how chaotic their living space has become.

“A lot of people get into organizing thinking it’s about closet audits and junk drawers, but it’s a lot deeper than that,” she says. “You’re in people’s homes, and you’re dealing with their stuff on a very intimate level. A lot of people have taken some deep breaths to let you in that door.”

Walker’s business focuses on the genuinely overwhelming cases. Those may include people with diagnosed conditions such as ADHD or obsessive disorder, but she’s finding as boomers age, there’s a call for helping families unwind households to downsize or to sort through the belongs of a diseased parent.

“What we’re trying to teach people is that when you’re starting to deal with that phase of your life, start dealing with your stuff now so that you don’t burden your family with it, and so you don’t have to go through this trauma of letting go without having control. Seniors down-sizing is the biggest growth area in this field,” Walker says.

Demke wants to emphasize that organizers have to be non-judgmental to win clients’ trust. One person’s disaster is another’s unique organizational method.

“A messy desk is a sign that your desk is messy, nothing more,” she insists.

Demke recommends a couple of books for the do-it-yourselfer. Laura Leist’s book Eliminate Chaos is an excellent guide to household organizing. Laurence Seton’s On Top of Everything is the best resource for managing multiple projects, she says.

A professional organizer’s service runs from $50 to $125 an hour, and a typical session will last three hours.

'I miss them a lot' Family torn in half by conspiracy theories
Health care tops list of priorities in 2021 provincial budget
Alberta budget brings capital funding infusion for municipalities followed by deep cuts
Alberta's deficit to hit $18.2B as province prioritizes health care and jobs