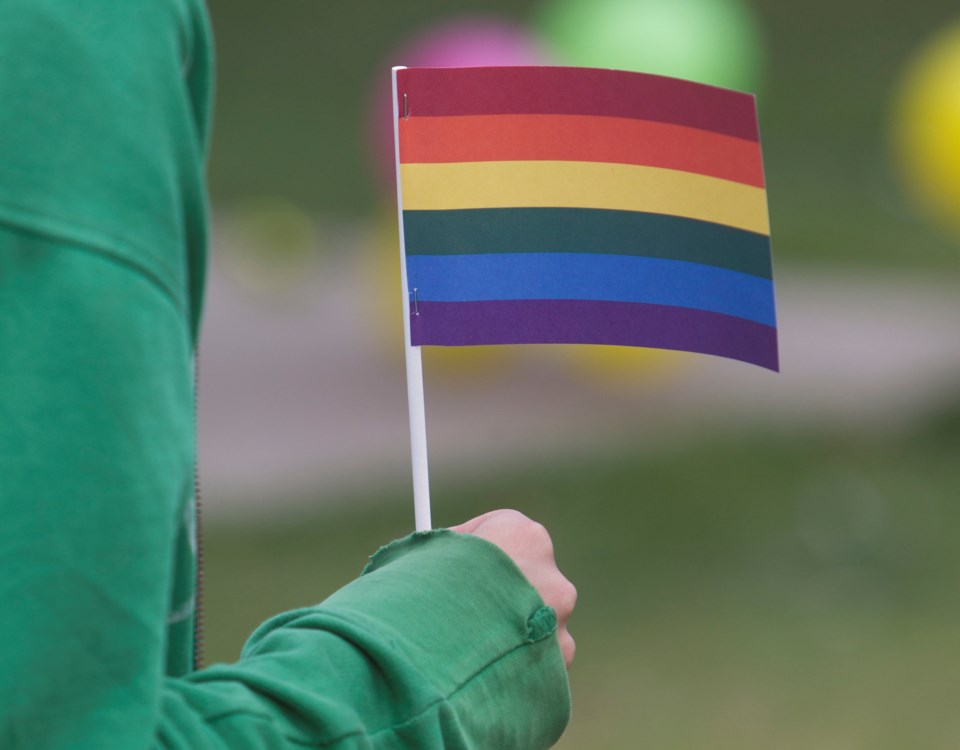 St. Albert's annual Pride event kicks off on June 16 with the raising of the flag in front of St. Albert Place. CHRIS COLBOURNE/St. Albert Gazette

St. Albert’s annual Pride event is expected to be the biggest yet with organizers planning to accommodate thousands.

The festivities officially kick off on June 16 with the raising of the Pride flag beginning at 11:30 a.m. in front of St. Albert Place followed by a proclamation reading by Mayor Cathy Heron. Everything is capped off on June 22 at the fifth annual Outloud Pride summer festival, which runs from 2 p.m. to 6 p.m. at Lions Park.

Terry Soetaert, executive director of Outloud, told the Gazette on Monday they’re planning on hosting around 2,000 people during the Saturday event, which would be four times the attendance of last year. He said having that amount of people will make the event full “but very manageable” because of the four-hour window.

“It’s not like it’s a whole day and night festival or anything,” he said. “I think we should have a good amount of everything. If we run out of stuff then we run out of things but hopefully people get their early and they won’t be disappointed.”

In order to prepare for a larger gathering, Soetaert said they spoke with organizers of other larger events that havebeen held in Lions Park, or at other venues, to get a sense of what’s really important. He stressed that the shorter time frame will play a big role in ensuring the event doesn’t face the same kind of problems that other large events have to deal with.

Visitation during St. Albert’s Pride event is expected to be high after organizers of the 2019 Edmonton Pride Festival, one of the larger Pride festivals in the area, announced its cancellation. This is on top of LGBTQ issues that have been dominating the political sphere, especially around the controversial rollback of the current education legislation. Critics of the change believe it could put LGBTQ students at risk.

Soetaert said people are wanting to show their pride more and expects that will draw more people to the St. Albert event.

“Kids, families, middle-aged folks, they just want to show that they are supporting,” he said. “They want to see the Pride flag and the Pride memorabilia. For the big corporations and stuff, it is very mainstream for them now. We want to make it so people can come to celebrate their pride but also for it to be open enough that people who don’t know anything about Pride can just show up and feel comfortable.”

In the five years since Outloud has hosted the city’s Pride event, Soetaert said one of the bigger changes has been the willingness of big corporations to start participating. He also noted more political organizers are stepping up to show support as well.

With so many people expected to attend, Soetaert added there’s always a need for more volunteers to help out with cleaning or simply helping to direct people. Those wishing to help out can do so by visiting Outloud St. Albert’s website or calling Soetaert directly at 780-990-6518.