Parents frustrated with ticket after daughter struck by van 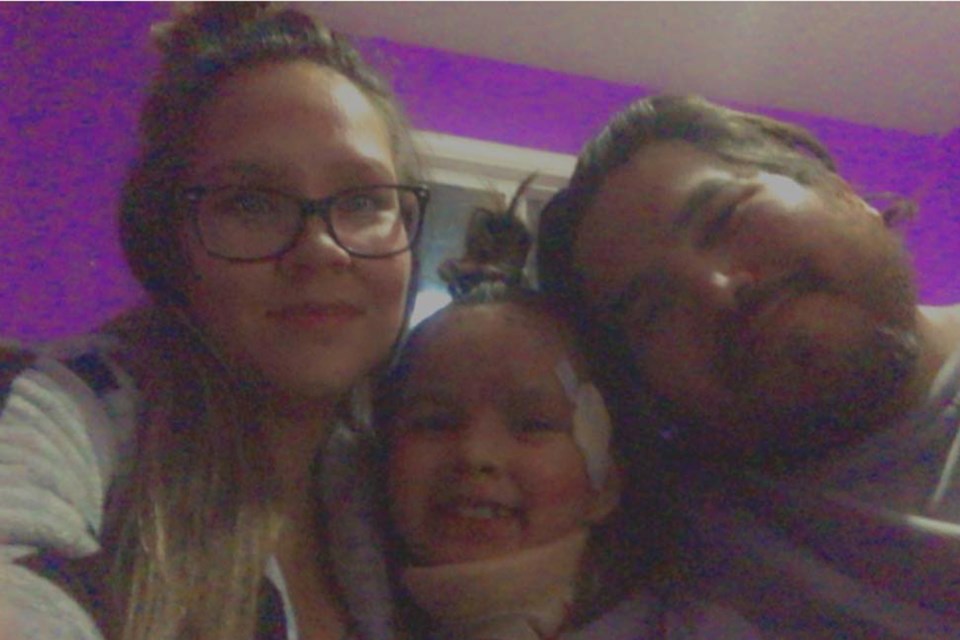 Shyla Spence poses with her parents after she was struck by a car in Morinville on Sept. 16. The eight-year-old is recovering in the Glenrose and is expected to be there for three months.

The parents of an eight-year-old Morinville girl who was hit by a car while walking to school last month are speaking out after the driver received a ticket for the collision.

The 79-year-old driver of the van was ticketed for failing to yield to a pedestrian in a crosswalk.

Shyla Spence, the eight-year-old girl, was air-lifted to the hospital by STARS with serious injuries.

Cynthia said she believes there should have been more than just a ticket handed out to the driver. The family said they are going to get lawyers involved to see if they can find a different resolution to the incident.

Shyla was walking to school with her nine-year-old sister on Sept. 16. She was crossing in a marked crosswalk in the area of 100 Street and 101 Avenue around 8:20 a.m. when she was struck by the van.

The girl was driven to a local hospital and then picked up by STARS air ambulance.

Cynthia and her husband Albert say their daughter thought the driver saw her. Shyla stepped out into the crosswalk and slipped on some gravel, which is when she was run over by the van.

Shyla, who remembers the entire incident, said she was run over by both the front and back tires. The injuries she suffered were extensive.

Albert said she suffered from a broken neck, broken collarbone, broken pelvic bone, laceration to the liver, punctured lung and both lungs collapsed, as well as a broken shin.

“Everyone is amazed she has no brain damage. It's pretty traumatic.

“It’s good she’s still with us,” the father said.

The parents say their entire family has been deeply affected by the incident and everyone is seeing a counsellor to help cope with the experience.

Shyla’s nine-year-old sister, who watched the event unfold, is also getting support.

“She saw everything ... Just to see your sister in that much pain,” Albert said.

The mother said the two daughters are blaming themselves for the incident.

Shyla is currently in the Glenrose working to make a full recovery from her injuries. She is expected to be there for another three months. Shyla does her schoolwork there while she is recovering. Right now, she has been granted weekend passes to come home and stay with her family, which is a big relief to Cynthia and Albert, who have nine kids.

The family said they are thankful that the Morinville community has stepped up so much to support them during this time, with gifts of gas cards, pizza and ice cream, and a fundraiser from their school.