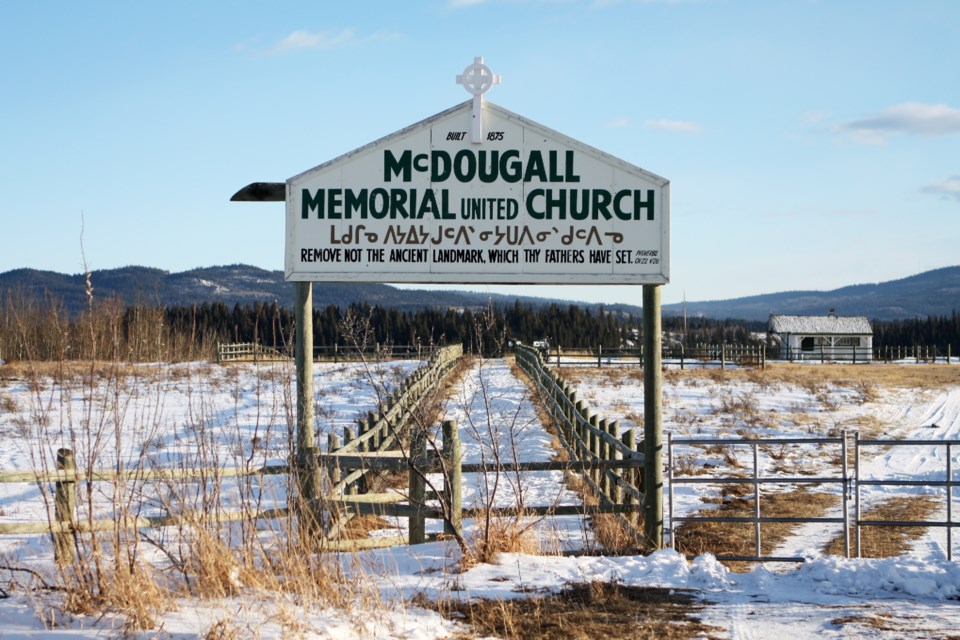 This path, photographed on Feb. 18, 2020, once led visitors to the 142-year-old McDougall Memorial United Church near Morley, Alta., until the church was burned down on May 22, 2017. Efforts to reconstruct the historic church have divided the local Stoney Nakoda community, as to some it is a reminder of the abuse once suffered at the local residential school. CLAIRE THEOBALD/Photo

Efforts to rebuild a church that stood in Stoney Nakoda territory in Morley, Alta., for 140 years before it was destroyed by fire under suspicious circumstances are dividing a community and calling into question what reconciliation means.

Brenda McQueen, the great-great-great granddaughter of George McDougall – who founded the Methodist mission and settlement of Morleyville in 1875 and built the McDougall Memorial United Church – and president of the McDougall Stony Mission Society, is leading the charge to reconstruct the historic church to preserve the history of the settlement.

The Stoney Nakoda people’s relationship with the church, tied to the troubled history of the Morley Indian Residential School, is more complex, with many seeing the church as a reminder of the abuse suffered there at the hands of so-called holy men and women.

While councillors for the Municipal District of Bighorn mull an appeal over the church’s redevelopment permit filed by the Stoney Tribal Administration, the question being asked is whether history is sometimes better left in the ground.