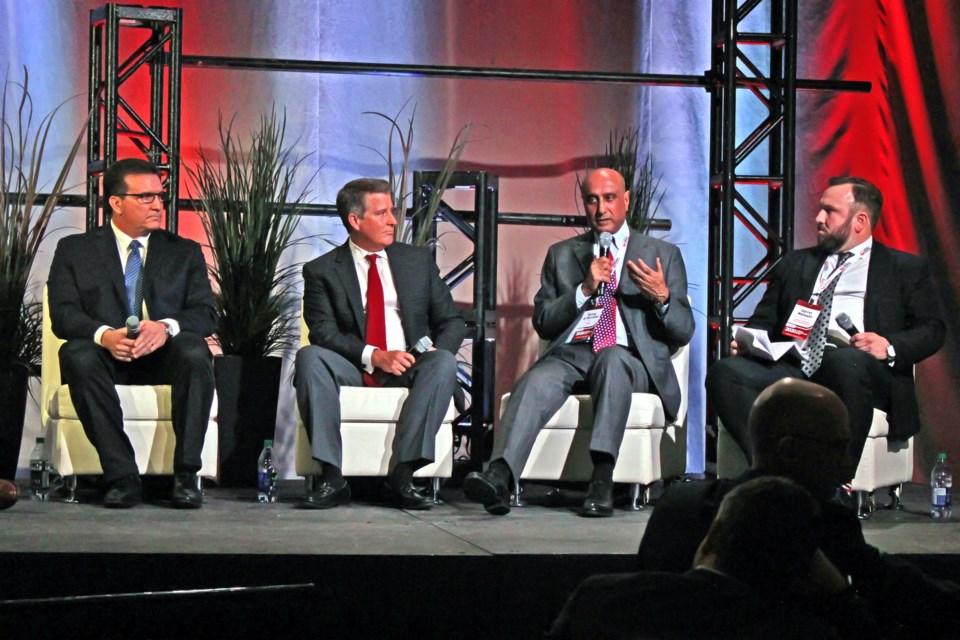 Alberta’s Industrial Heartland is seeing significant interest from companies around the world regarding major petrochemical projects in the region.

Over the last year, the Alberta Industrial Heartland Association’s (AIHA) business development team’s international marketing initiatives have helped shine a light on the Heartland for potential investors from Asia, the Middle East, North America and Europe, according to the AIHA.

“We promote Alberta’s Industrial Heartland and we bring the message of the competitive advantages that are offered here,” said Mark Plamondon, AIHA executive director.

“It’s really hard to understand what’s in the region and the industry that’s operating there, the clustering potential, and the availability of flat open land that can be developed for additional industrial investments. Getting folks out and driving around the region, and showing the assets is really important.”

There is currently $40 billion worth of investment in the area, and companies that are operating there have generated over 6,000 direct jobs and more than 25,000 indirect jobs, Plamondon said.

If activity seen in the last year keeps up, Alberta's Industrial Heartland could almost double the value of investments seen so far, with $30 billion in new capital investments by 2030.

READ MORE: Investment in Alberta's Heartland could soar to $70 billion by 2030

Though the Canadian economy has been negatively affected by the drop in oil and gas prices, the country’s petrochemical sector is an interesting one to look to for potential future growth, according to a 2019 report from Deloitte, a multinational professional services network.

The report states petrochemicals are expected to drive growth in world oil demand more than gas or diesel by 2030, mostly because of growth in the electric vehicle industry and because of increasing fuel efficiency of new vehicles.

An investment window is open for North America, and Alberta and Canada can be the location of choice for billions of dollars of investment in the near future, according to the AIHA, which says an oversupplied propane market in Western Canada is driving long-term, low-cost feedstock advantage. In addition, the province has a lot of highly skilled and experienced workers as well as low-cost utilities for natural gas and electricity. The region also provides easy access to global markets, AIHA notes.

There are trends to keep an eye on over the next decade, said Mark Eramo, analyst and vice-president of business development at the research and consulting firm IHS Markit – especially as other countries continue to grow their chemical industries. At AIHA's 2020 conference in late January, Eramo spoke in a panel discussion on where Alberta’s Heartland stands in a globally competitive market.

“That leads to a conversation about refining companies that say, petrochemicals are growing 1.2 times the GDP (gross domestic product) – why not make more petrochemicals? So you’re seeing large integrated petrochemical refining assets turning around the world," he said, with growth seen in Asia, the Middle East and Europe.

Mutlaq Al-Morished, CEO of Saudi-Arabian industrial company Tasnee, said during the panel that while Alberta has the most advantageous feedstock in North America, there are also some challenges. He suggested smoothing the permitting process for new industry across counties in the region, and having a “one-stop shop” type of zone for companies to access all the utilities they need, from fibre optic to gas and electricity, to attract more significant investment to the region.

Last week, U.S. chemical producer Dow Inc. approved an expansion of its Alberta petrochemical facilities that will increase capacity at its Fort Saskatchewan ethylene plant. The addition of a process furnace would increase capacity at the plant by about 130,000 tonnes per year, costing between U.S. $200 million and U.S. $225 million. The ethylene will be consumed when it comes online in the first half of 2021 by existing nearby plants that produce polyethylene plastic.