Shandro said this will force delays in getting the vaccine out to Albertans.
Jan 15, 2021 5:24 PM By: Jennifer Henderson, Local Journalism Initiative reporter 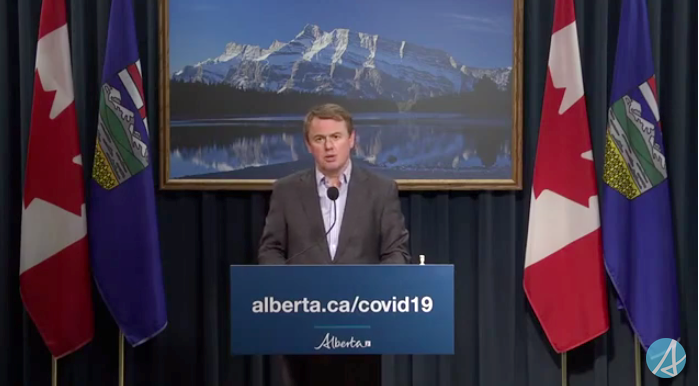 A delay in getting the Pfizer vaccine to Canada will deliver a "blow" to the province's vaccine schedule, the health minister has said.

On Friday, Tyler Shandro, Alberta minister of health, said Canada will only receive 20 per cent  of the previously expected Pfizer vaccine next week, followed by a reduction of 80 per cent for one week and 50 per cent in the two weeks after.

Shandro said this will force delays in getting the vaccine out ot Albertans.

"This is unfortunate news and we are all disappointed. However, we will not stop,” Shandro said.

Shandro said the delay will slow down the immunization process of priority health care workers in Phase 1 of the vaccine roll-out plan, along with seniors over the age of 75 and all Indigenous seniors living on reserve over the of 65.

The province had hoped to start vaccinations of priority seniors next week.

'We had hoped to announce the start of these vaccinations in the coming days but that is now in question," Shandro said.

The minister said Alberta is waiting to hear from the federal government to hear how the province will be specifically impacted.

The delay from Pfizer is caused by the company scaling up their European manufacturing capacity, which will result in a short period of a slowdown on the vaccine supply. All countries that receive vaccines from the European facility will be facing the same delay.

Shandro said the province is going to continue to increase vaccine capacity, including staff and locations, across the province so the sites are ready to hit the ground running when the vaccine shipments come in. By the end of January, the province will be prepared to hand out 50,000 doses a week, if not more, Shandro said.

According to the federal government, the most profound impact on the supply will be during the week of Jan. 25, where it is expected to drop by 80 per cent. The vaccine creation will scale back up in the first two weeks of February and then return to what was expected after that.

First doses of vaccine expected for all Albertans by early summer
Mar 3, 2021 5:51 PM