It has lofty aspirations and a few years of experience to prove that it can reach them, despite still not having a loft to house them in.
Jan 13, 2018 12:03 AM By: Scott Hayes 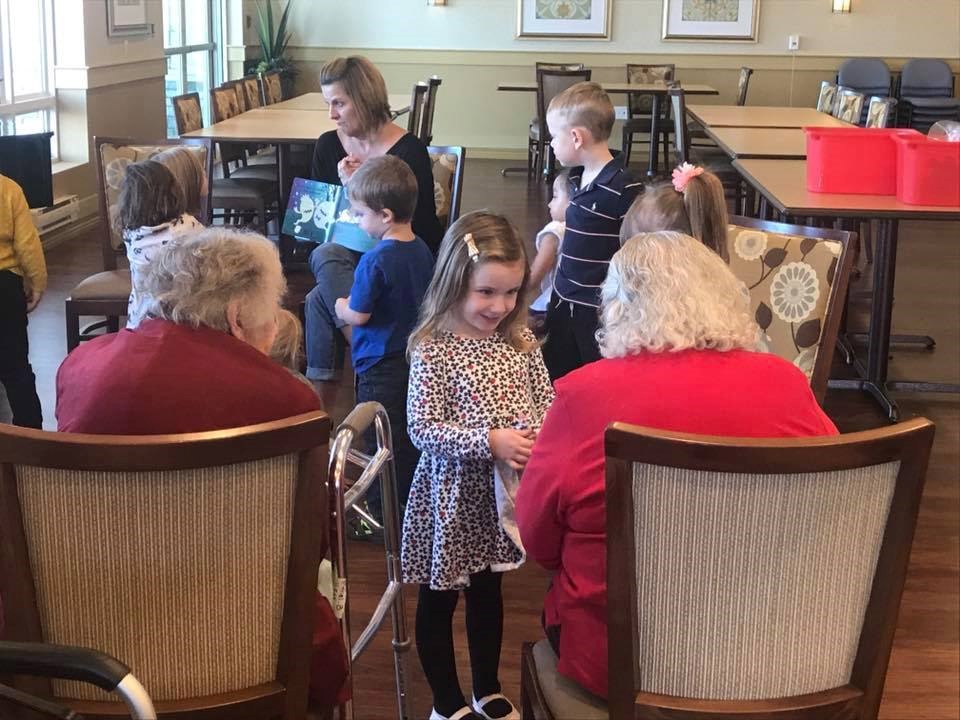 YOUNG AND OLD – Inclusive programming benefits young and old. Inclusion is the mandate of the Plugged In Community Centre Organization, which is gaining traction in recent years with programs including Inclusion in Action and BrainChild. Funding from the St. Albert Community Foundation helped them to offer a Mini Conference in the fall. More funding is needed to establish a facility that it can call its own.

It has lofty aspirations and a few years of experience to prove that it can reach them, despite still not having a loft to house them in.

The Plugged In Community Centre Organization – PICCO for short – aims to be a one-stop shop of inclusive activities for young and old. It’s already doing the work, just without the actual shop. They’ve been striving to reach that goal since the beginning. Now, they feel like they might be on the verge of a breakthrough in public awareness, which they hope will lead to that other critical and necessary factor falling into place.

“It’s going to take a lot more funding,” said Amanda Walter, one of 10 board members.

“Because we’re quite small, it’s hard for us to be approved for any major grants because we have to prove the programming. There’s a lot of rules when it comes to that. We only run three major events throughout the year… so we only qualify for some grants whereas we have to show continuous programming for some of the other ones.”

The organization has recently started a programming series called Inclusion in Action at the seniors’ residence, which brings kids and seniors together for inter-generational recreation activities. It runs every month.

“Inclusion doesn’t have to necessarily be for kids all the time; it’s very much a part of the seniors’ community as well, because a lot of them get left behind. It’s a reality,” Walter said. “For that, we gave it a shot. It was extremely well received. It was so much fun. It’s one of our favourite programs because we would literally just go play. To see grandmas and grandpas who are in their 80s, 90s and older just turn into little kids again, it really brings a tear to your eye. It’s just really, really special. My kids absolutely love it. They ask all the time when we’re going back.”

Then there’s Beautiful Me, a springtime event that offers empowerment and motivational peptalks to at-risk, vulnerable and deserving youths from the capital region.

In the fall, it took some kids out for a special event called BrainChild. Places like the Telus World of Science are great for educational and entertaining experiences. It’s just that it’s so tough to get there when you have a kid who is held back by other circumstances like financial impediments, a disability or even having disagreeing divorced parents. Often, these are the kids who benefit the most from getting out on these kinds of camps or field trips. They often appreciate it the most too.

“We were able to open the door for them and have an event in October. A hundred of them got to go crazy in different areas of the Telus World of Science. It was amazing to watch. It was so much fun. They were excited and happy. It went off really, really well.”

PICCO has taken on the event on a permanent basis so people can expect to see this event return this fall too.

Around the same time, PICCO also held what it calls a Mini Conference even though it doesn’t seem so ‘mini’. Hundreds of parents, teachers and other community members come together for presentations on the importance of inclusiveness.

In December, it gratefully received a cheque for $1,200 from the St. Albert Community Foundation. The money was used to cover the costs of the conference.

“This grant was super important to have that take place and gear us up for our next programs. It lit a little bit of a fire. [A facility] is our ultimate goal, and with the help of programming and getting our name out there and applying for more grants and becoming more popular and more well-known in the community, that’s definitely going to help us toward that goal. We’re definitely starting to gain some major traction.”

People can learn more about what PICCO has to offer by visiting www.pluggedincentre.com.