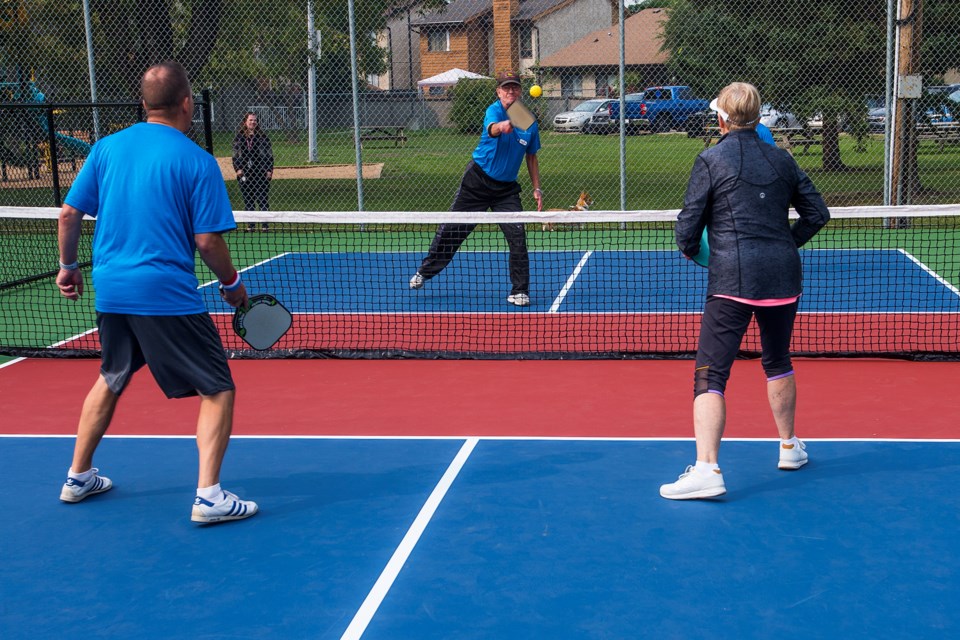 Noise resulting from a burgeoning sport in Akinsdale is prompting St. Albert to consider installing soundproofing at the Alpine Park pickleball courts.

The 12-court area was installed in 2018, and city staff told a committee of council on Monday it immediately resulted in high usage. Since then, two nearby residents have been “vocal” that noise from the sport has impacted them.

“I wouldn’t say one-time complaints – we’ve been working with those residents for the last year, since fall 2018 when they first registered the complaints, and they have been fairly vocal in expressing this is very impactful to them,” said community recreation manager Daniele Podlubny during council's community living standing committee meeting.

City staff have landed on acoustic panelling as a solution, which could cost up to $98,000. It would be funded from a provincial grant secured by the St. Albert Pickleball Club.

While not a new sport, pickleball has been rapidly gaining popularity across Canada. It is a paddle sport described as a hybrid between ping pong, tennis and badminton that utilizes a plastic ball with holes in it.

Podlubny said there are now more than 500 people in St. Albert’s pickleball community.

There are no examples of similar issues across Canada city staff could find, but Podlubny said in the United States some municipalities have dealt with noise from pickleball with acoustic panelling.

She added it would not eliminate the issue entirely but would reduce the amount of noise.

Unresolved questions around effectiveness of the panels, ongoing operational costs (they have to be removed every winter) and public opinion were brought up by the committee.

In the end, the committee directed staff to provide more information on the acoustic panelling to city council before they make an ultimate decision.

Coun. Natalie Joly made the motion for more information and indicated the city should be sure of this kind of investment before proceeding.