Projects such as Riverbank Landing 'the way of the future' 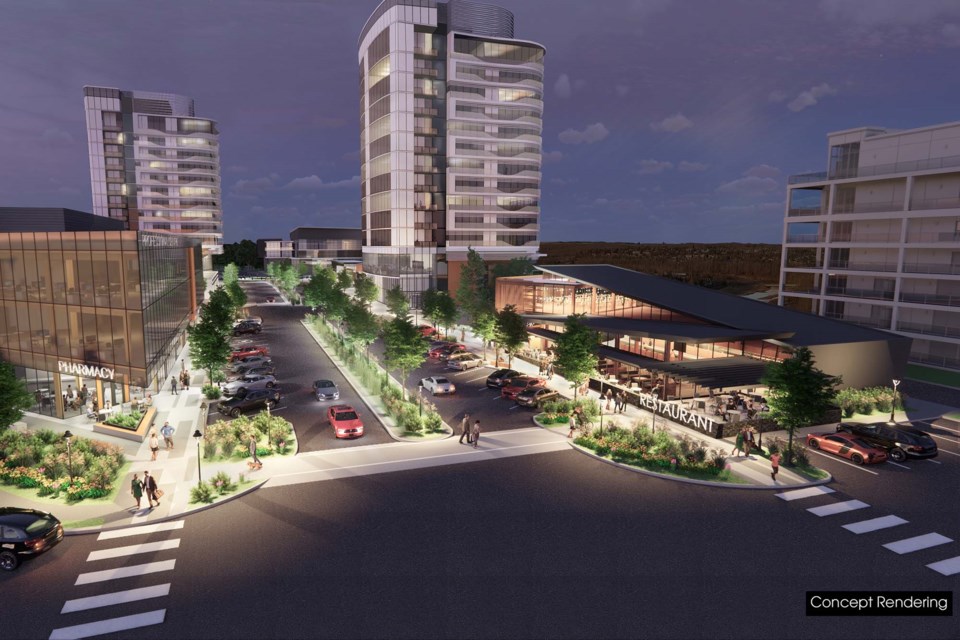 After hours of public speakers and presentations, St. Albert city council approved the contentious Riverbank Landing development that has been in the works since 2019.

On Wednesday night council voted to approve a three-bylaw package, which gave the green light to Boudreau Communities to build the second iteration of the Riverbank Landing proposal. If any of the three bylaws failed, the project would have been tossed or the developer would have been sent back to the drawing board again.

The votes on the project were almost unanimous, with Coun. Ken MacKay the only opposing vote of the night, and he voted against only one bylaw.

MacKay opposed the first bylaw, which would re-designate the lands from commercial and low-density residential to a mixed-use zoning to allow both residential and commercial on the same property.

Council voted unanimously to re-designate the land from direct control to direct-control mixed-use, which mean the developer wouldn't have to come to city council at multiple stages in the project, but rather would approve the design currently before council.

Council also voted unanimously to approve the final bylaw, which approved the height and size of the buildings.

Throughout the night councillors said they repeatedly changed their minds while hearing residents' arguments for or against the project.

Coun. Wes Brodhead said the desires of the community change, and council can’t build a city of 20 or 30 years ago.

“Young people come in and they don't want to live the way that their parents lived,” Brodhead said.

Single-family homes and low-density housing do not pay for themselves in the long term, Brodhead said, and there is a gap between the money the city has and the money it needs to have to continue to maintain its infrastructure.

“More density provides a more affordable build form for the community and contributes to that deficit so that we don't have to continue to go back to the taxpayer just on property (tax) increases,” Brodhead said.

Coun. Ray Watkins said the development aligns with the city’s Municipal Development Plan and the densification goals set out by the Edmonton Metropolitan Region Board.

“The future of land-use planning is infill, densification, and redevelopment of existing property,” Watkins said.

Instead of building new roads and new infrastructure, Watkins said the city can use existing roads, which will minimizes costs associated with repairing, maintaining, and replacing city assets.

“Whether you like it or not, it is the way of the future and it is a way to reduce our carbon footprint as we move forward in society. And it makes the impact of our cities in some way smaller and less on our planet,” Watkins said.

Council sympathized with area residents who face ongoing construction and changes in their neighbourhood.

“I understand that there's a lot of emotion and a lot of sleepless nights for the people who are really against having this come forward, so I definitely feel for them,” Coun. Sheena Hughes said.

But the developer has gone to extraordinary lengths to accommodate the concerns of residents, Hughes said of Boudreau Communities CEO David Haut, who took public feedback after his first pitch for the project failed at council in 2020. He redesigned the project based on public concerns.

“The idea of saying, “No, you should not do that,” because people don't want change is difficult to justify when he has tried to address all the problems that came forward,” said Hughes.

Voting against a project with a developer focused on improving the city would be a disservice to the wider community, Hughes said.

“The developer has shown (he can) build a good product and (has) built something that St. Albert has embraced,” Heron said. “This is about compromise.”

Coun. Jacquie Hansen said the three parcels of land will inevitably be developed, and this proposal creates a forward-thinking space.

“I think that having (the area designated as) mixed use provides a chance for more of an urban lifestyle and we have heard that this is such a wonderful gathering spot for so many,” Hansen said.

Joly spoke in favour of the development. She acknowledged traffic at the intersection is busy, but said traffic is a sign of a vibrant community.

“I have confidence that we will do what we can to address (traffic) issues in that area,” Joly said.

MacKay said he struggled changing the zoning on the land to mixed use, because only five per cent of the build will be commercial.

“We are being asked to approve a mixed use, but in reality we are really approving residential and the majority of it will be residential,” MacKay said.

“Parts of me would love to see this development move forward on at least (the other two land parcels),” MacKay said.

One of the bylaws in the package took control away from council for future changes to the development, which would see the developer work with the city's planning department rather than come before council for changes.

Relinquishing control of the development from council and allowing Boudreau Communities to build the project proposed, while following all of St. Albert’s planning documents, would provide certainty for residents and the developer, council decided.

If council had allowed the area to remain in direct control, councils of the future would be able to make changes they want to the plan.

Hughes said if she were the developer, with $400 million invested, she would walk away if the project had to repeatedly endure public hearings.

If the project has to keep coming to council, it becomes a political issue, rather than a development that is being built to the rules and standards in the community, Hughes said. Residents would have no certainty of what will be built on the land, as a different council can make changes or demands of the project, and council would repeatedly have to go through planning documents they are not qualified to sort through, said Hughes.

With strict planning documents and a detailed proposal, the mayor said she was confident the project would not deviate from its course.

Keeping council in control of the project could lead to a disjointed development, Heron said.

Giving up control is part of good leadership, Joly said, because council cannot do everything.

Residents who are unhappy with any element of the project can appeal to the city.

The proposal council approved was the second draft of the project by Boudreau Communities. The original design was met with backlash from residents, who came out during an 11-hour public hearing in June 2020, as they fought against a plan to build two 26-storey high-rises with a total of about 500 residential units.

The approved development would see five buildings on the former Hole's Greenhouses site, two of which are 40 and 50 metres high, with 360 residential units and about 67,700 square feet of commercial space (for reference, the Botanica building next to the site is 37 metres tall).

The approved design sees the buildings max out at a height of 11 floors, and step down to five floors on the corner toward the river, a further reduction in height from the initial 14-floor design. An outdoor village square will be built closest to Bellerose Drive, with plans for a small bakery or coffee shop and internal trails linking into the Red Willow trail system.

A two-floor restaurant and a four-floor medical professional building is planned just outside Shops at Boudreau. To help with sight lines and shadowing, a two-floor amenity building for residents and 13 town homes will act as a buffer between the development and single-family homes in Oakmont, with a nine-metre setback.

Parking would be provided underground for residents and business owners.

Sun and shadow studies were conducted, then the developer redesigned the project to reduce the shade cast by the buildings, preventing these shadows from veering off the property.

Haut said the proposal could create 320 direct and indirect jobs, with about $1.6 million in net tax revenue to the city per year.