Praise for daycare pilot despite drawbacks 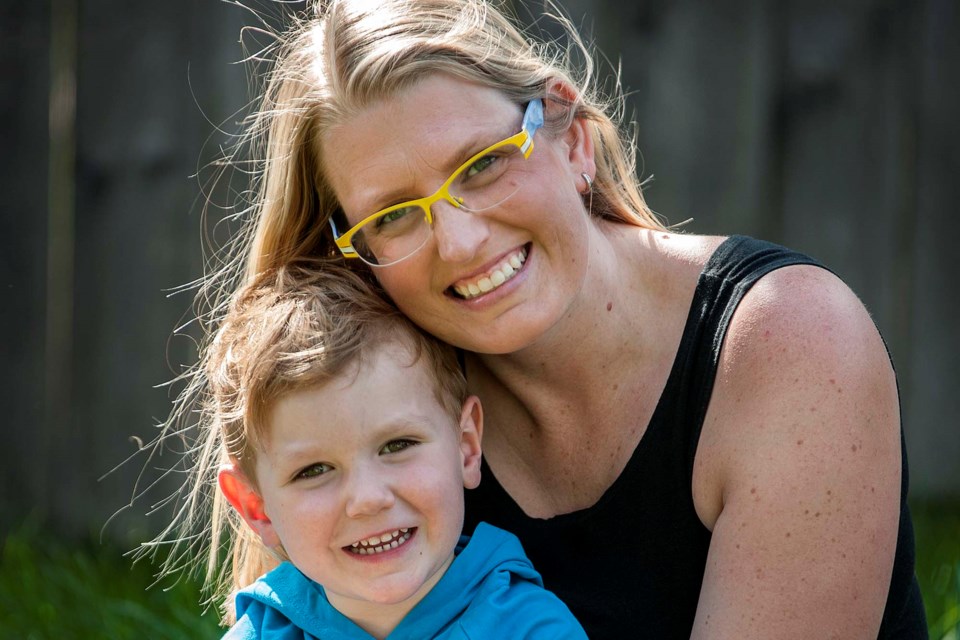 Allison Hodgson, one of the lucky parents who was able to get her child into the pilot project, said she is so grateful for the program.

“I think it is fantastic,” Hodgson said. “We are very thrilled with it.”

The mom said being able to put her son in the subsidized daycare allowed her to work more hours as a nurse.

She was working a 0.6 FTE as a nurse, but once her son got into the affordable daycare spot, she was able to pick up shifts so she now works full-time hours thanks to the flexibility daycare provides.

“If the government scrapped the program I probably wouldn’t pick up shifts ... chances are I will just go back to 0.6,” Hodgson said.

Hodgson has three kids, aged 10, 7 and 4 and said she devoted a ton of time being mostly at home with them but she said she missed working.

“I was missing a little bit of myself. I chose to go to school for this, it's something I enjoy doing, being a nurse,” Hodgson said.

The mom said she doesn’t know how some families afford childcare without it being subsidized and said it is difficult for many parents to go back to working as much as they want with the cost of daycare being so high.

St. Albert NDP MLA Marie Renaud said her party, which implemented the program when it was in government, knew the importance of investing in childcare.

“An investment in childcare, like we envision – universal, accessible, affordable childcare – it does generate economic activity."

Renaud said it helps to boost employment for women so they have better options when they are deciding to go back to work.

“Any time that we're investing in our children, to health and strength of our families, it's a win for communities and for families,” Renaud said.

The NDP implemented the program in 2017 in partnership with the federal government to create affordable early learning and childcare centres that cap parents’ fees at $25 per day and is slated to last for three years.

Some residents expressed frustration that the wait lists were so long and others called the program a "scam" with so few spots created for children.

After the UCP won government in April 2019, there was uncertainty around the future of the pilot program, but Alberta Children's Services Minister Rebecca Schulz has said the pilot project will continue for the three years it was planned to run for. The first wave of projects that were funded will be guaranteed until the end of March 2020, with the second wave, which both St. Albert locations are part of, being funded for an additional year.

“The pilot program was meant to be for three years,” Schulz said. “Nothing has changed.”

Morinville-St. Albert UCP MLA Dale Nally said once the pilot wraps up, the UCP government will assess the program.

“The minister is going to wait for the results of the program to finish and then assess the program based on its own merits,” Nally said.

The UCP MLA said he personally sees a few problems with the current program.

“I don't think that this program meets the needs of Albertans,” Nally said.

Nally said the program was only rolled out in urban centres and neglected to be tried in rural settings, noting there were no spaces in Morinville or Sturgeon County.

The MLA said the program “picks winners and losers” by giving funding to some organizations, making them more attractive options on the market and leaving other organizations with less allure for parents.

Nally said the program also doesn’t income test, which means it is available to anyone who got on the list first, and not to those lower income families who may need it most.

Nally said he would rather see the money follow the child, rather than be given to specific locations.

But Gillian Anderson, president of the Fédération des Parents Francophone de l’Alberta (FPFA), which represents Francophone parents in Alberta and who helped set up one of the two current $25-a-day daycare locations in St. Albert, said the program is important for parents in the community.

Anderson is involved with the Francophone pilot location in St. Albert, the Centre D'Expérience Prescolaire, and said their location only allows for 16 kids to be enrolled but has a waitlist of 89.

Anderson is working hard to open a third $25-a-day location in St. Albert and second Francophone location, which has already been approved by the government, to alleviate the burden of the massive wait list. The funding for the new location was approved earlier this year but the Francophone parents organization struggled to find a space to open the new spot.

The new location does not have a concrete date for opening yet but is expected to provide an additional 48 spaces for the program.

“There is just too much demand for early childhood programming in French,” Anderson said.

She said one of the benefits of the program is that it included the Francophone community, which Anderson said is often left out of programming that the English community gets.

While Anderson said it is great that the pilot program is going to continue until 2021, she wants to see the program extended and rolled out across the province, and she wants to see even further funding provided to help open new daycare locations.

“I would love to see every single daycare be subsidized,” Anderson said.