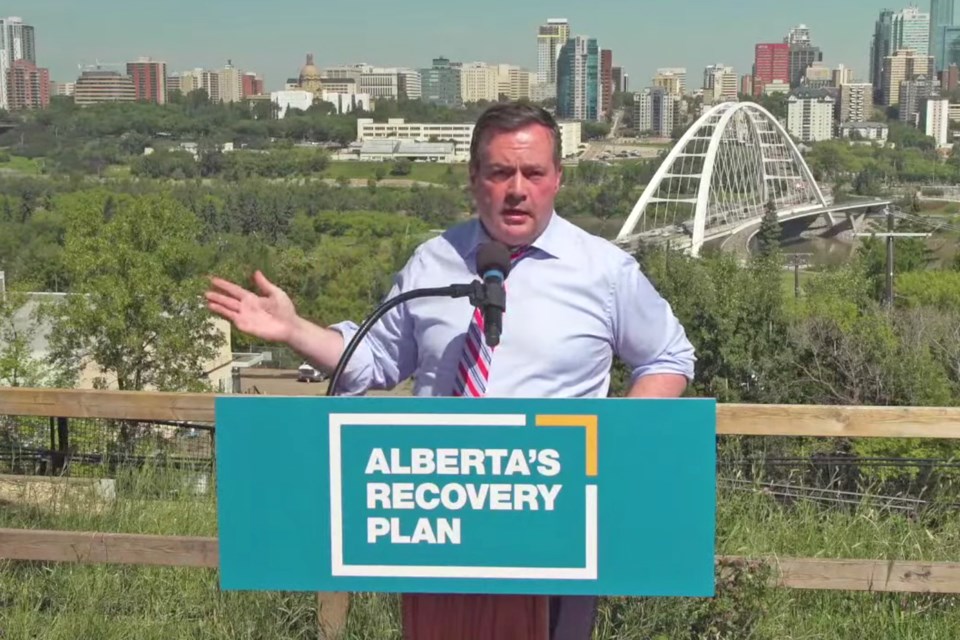 The province announced a $1.1-billion stimulus package for Alberta cities on Tuesday to help municipalities bounce back from the impacts of the COVID-19 pandemic.

The Alberta government is giving municipalities $500 million in additional funding to build shovel-ready infrastructure projects this year. The stimulus program would boost municipal infrastructure funding by almost 30 per cent, and will create an estimated 2,500 jobs for projects beginning in 2020 or 2021, according to the province.

Premier Jason Kenney said the stimulus package is meant to kickstart otherwise stalled infrastructure projects and get people back to work in what he called the "deepest jobs crisis in nearly a century." The effort to create hundreds of jobs comes at a time when the unemployment rate is close to 20 per cent.

"If we don't get people back to work, if we don't restore investor confidence and get our economy growing again, the fiscal challenge will be insurmountable, so jobs and the economy must come first," Kenney said.

In addition, the province will match $233 million in federal funding to support operating costs and $70 million for public transit, totalling $606 million under the federal Safe Restart Agreement.

As municipalities cannot carry a deficit, this funding is aimed at helping municipalities balance their budgets without having to severely impact service levels or tax rates.

Like many Canadian cities, Edmonton Mayor Don Iveson said the City of Edmonton has faced "significant non-recoverable operational losses" from the pandemic, namely from public transit. Iveson estimated the city is facing an economic impact of $172 million by the end of the year.

"This relief announcement is a validation of what mayors have been saying for months – that economic recovery itself is at risk in our communities without financial support for municipalities," he said.

Iveson said the City of Edmonton is expecting to get $60 million for transit and $116 million from the federal Safe Restart Agreement.

"Thank you for listening clearly to our call that the transit relief needed to primarily be directed at Edmonton and Calgary. Certainly other transit systems have been affected ... but the largest systems have borne the most significant losses."

In comparison, St. Albert Transit has lost approximately $140,000 per month from ticket sales, totalling $1.26 million, and $1.3 million in UPass revenue, according to the city.

Deputy St. Albert Mayor Ken MacKay told the Gazette last week he was "cautiously optomistic" St. Albert will get its fair share of federal funding that had been announced.

The Gazette has reached out to the Ministry of Municipal Affairs and to the City of St. Albert for more information.

The announcement follows the province's allocation of $1.85 billion in the 2020 budget for municipalities, including the Municipal Sustainability Initiative (MSI) and $244 million from the federal government’s Gas Tax Fund.