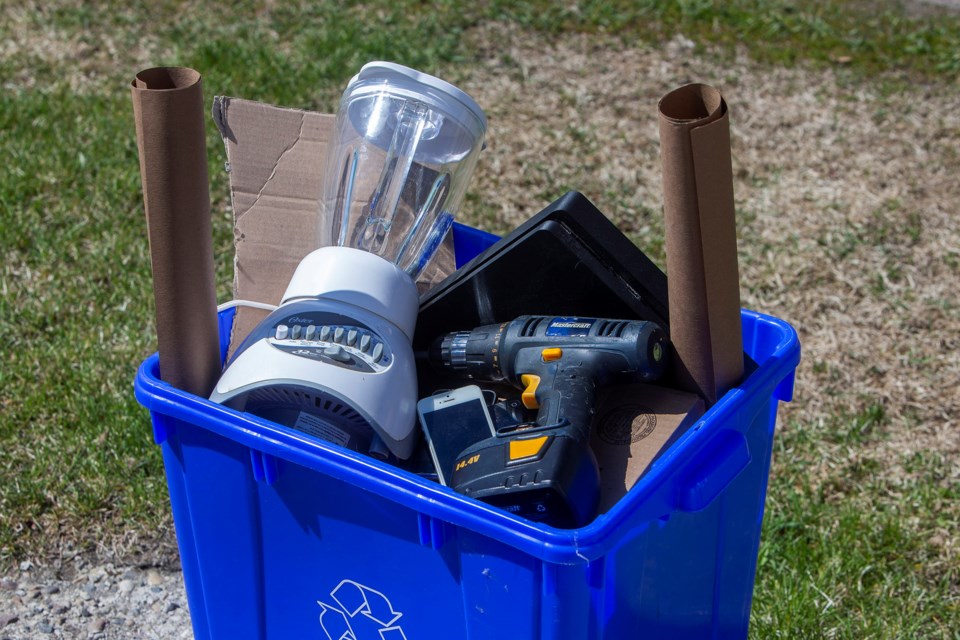 Alberta has launched a two-year, $43-million expansion to the province's electronic recycling program that could keep some 12,300 tonnes of material out of the landfill. The pilot will pay communities such as St. Albert the costs to collect previously ineligible items such as game consoles, cell phones, and toys. CHRIS COLBOURNE/St. Albert Gazette

Cell phones, PlayStations and solar panels will soon be eligible for recycling in Alberta as part of a $43-million pilot program.

“An expanded electronics program has the potential to inject $30 million annually into Alberta’s economy and support 360 additional full-time jobs in the recycling sector,” Nixon said in a statement, adding the jobs would come from the collection, transportation and processing of electronic goods.

Alberta’s current electronics program covers computers (including displays and peripherals), printers, scanners, photocopiers and fax machines. ARMA collects an eco-fee on these items to cover the cost of recycling them. St. Albert collected about 97 tonnes (about 16 elephants) of electronics in 2018.

But many people assume all electronics are covered and bring items like microwaves to the depot, said ARMA board member and St. Albert Mayor Cathy Heron. Cities and processors have to cover the cost to recycle those items, which recyclers might end up stockpiling or landfilling instead.

“Most Albertans have a good heart when it comes to responsibility for the next generation,” Heron said, and expect these items to be recyclable.

Alberta was the first province in Canada to have an electronics recycling program in 2004. But while other provinces have since taken on and expanded such programs to cover items such as cell phones and game consoles, Alberta has not due to a lack of political interest, said Christina Seidel of the Recycling Council of Alberta.

“This should have happened 10 years ago,” she said of the expansion.

Electronics recycling adds about $50 million and 400 jobs to the Alberta economy, the province estimates.

Under this pilot, the province will expand the list of electronics accepted for recycling to include toys, cell phones, solar panels, small home appliances, musical instruments, portable power tools, wireless devices, and audio-visual, telecommunications and electronic gaming equipment, which will be accepted at no cost to consumers.

The province estimates it could keep about 12,300 tonnes (about 8,785 cars) worth of these items out of the landfill a year through this pilot.

Seidel questioned the need for a pilot, given that the rest of Canada has been recycling these items for years. She and Heron said the province likely went for a pilot instead of an expansion for political reasons, as residents might view new eco-fees as a tax.

Seidel said Alberta’s recyclers are ready to take on these new products, many of which contain valuable plastics and precious metals.

“If we want investment in Alberta, we have to demonstrate we are responsibly running our province.”

Seidel said she hopes this pilot would be a warm-up to a broader extended producer responsibility program in Alberta.

Gugenheimer said the pilot would likely launch this fall.