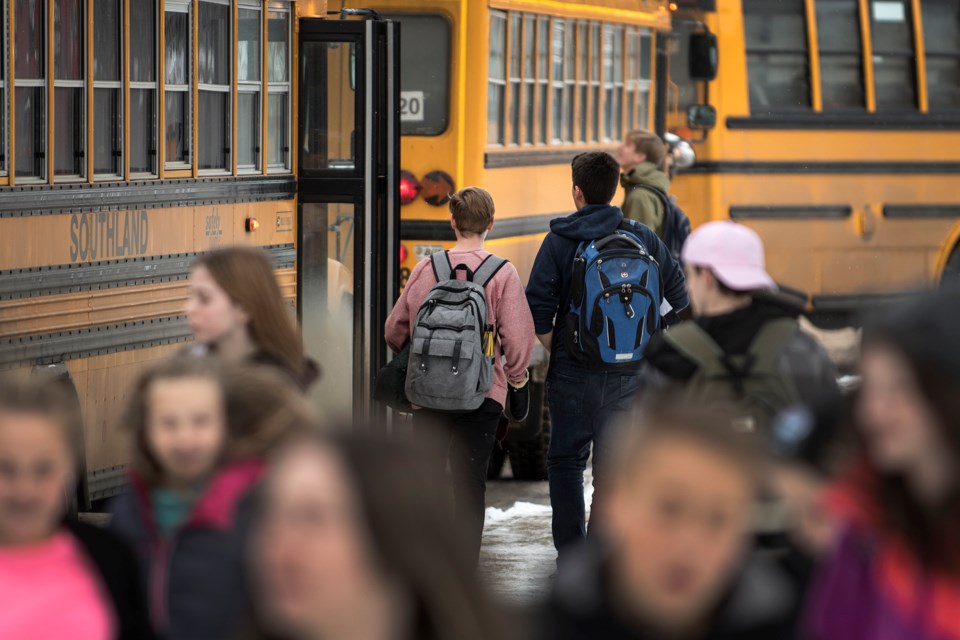 Local schools are grappling with big funding cuts after the province released its budget last week.

St. Albert Public Schools and Greater St. Albert Catholic Schools both say they are taking a big financial hit to the tune of a combined $5 million this year.

Glenys Edwards, chair of the St. Albert Public School board, said this is a concerning time for the board.

“We are very concerned about the loss of funding. The new budget does represent a significant cut to both to St. Albert Public Schools and Greater St. Albert Catholic Schools. So the students in St. Albert will have less funding this current year that we are in. That is certainly a real concern,” Edwards said.

That equates to a cut of $2.9 million for St. Albert Public Schools. Next year, the reduction will be $4.6 million. Greater St. Albert Catholic Schools, which includes the communities of St. Albert, Morinville and Legal, will see a cut of $2.5 million this year and $3.6 million next year.

The boards say families should be prepared for less support in classrooms due to a potential increase in class sizes and a potential reduction of staff. Families should also prepare for a potential change to transportation fees, as a key grant that allowed for free busing for eligible families has been discontinued effective this year. The school boards say fee structures had been set months ago and bus passes allocated accordingly.

The chair said the division is just beginning to strategize on how to deal with the cut but said the reduction in funding will be felt in classrooms.

The provincial government vowed to keep education funding the same in this budget, and allocated the same amount of funds as last year to the ministry, but Edwards and Joe Becigneul, chair of the Greater St. Albert Catholic School board, said both divisions will be facing a shortfall this year.

Edwards said the administration is meeting with school administrators and together they will have to come up with a plan to deal with the shortfall.

“Of course, our hope is that it (has) a minimal impact in the classroom, but I think parents in St. Albert are going to have to be prepared for seeing some impact at the school level,” Edwards said.

Becigneul said despite government promises not to reduce education funding, Greater St. Albert Catholic is also feeling the impacts of the cut.

“Even though the government said they were holding the line on expenses, they did move some of the money around. And while the amount of money is still there, it was not doled out in the same manner. I can tell you that every board in the province, 61 school divisions, are receiving less,” Becigneul said.

“We use today's dollars on today's kids ... most boards do not have surpluses,” Becigneul said.

The boards say they had been prepared for cuts to funding but said the government’s previous assurances that enrolment growth would be funded led them to believe the impacts would not be as significant.

“It’s not good. It's not good,” Becigneul said.

Becigneul said the insurance premium for Greater St. Albert Catholic increased 287 per cent this year after the UCP government lifted the cap that was in place on insurance rates for schools.

The increase amounts to roughly $800,000 in extra costs for the school district to insure its properties.

Becigneul said Alberta school districts were hit differently by the move depending on who they are insured through, and said over 40 districts across the province went through the same insurer Greater St. Albert Catholic did.

Becigneul said the board is not allowed to carry a deficit, so they will need to figure out their finances for this year, despite the fact they are already two months into the school year.

The Catholic chair said there is even more uncertainty in the future, with changes to the funding formula being delivered next year and the provincial government already working toward its spring budget.

“We have no idea where they are going to go with (the formula),” Becigneul said.

The board has a meeting with Education Minister Adriana LaGrange in December to hopefully find out more about the changes.

Edwards said the public board is concerned.

“The tone at our board meeting (Wednesday) night was very sombre. We are worried about the impact at the classroom level. We will do everything we can to make sure kids get the support they need, but there is definitely a sense of concern at the district,” Edwards said.