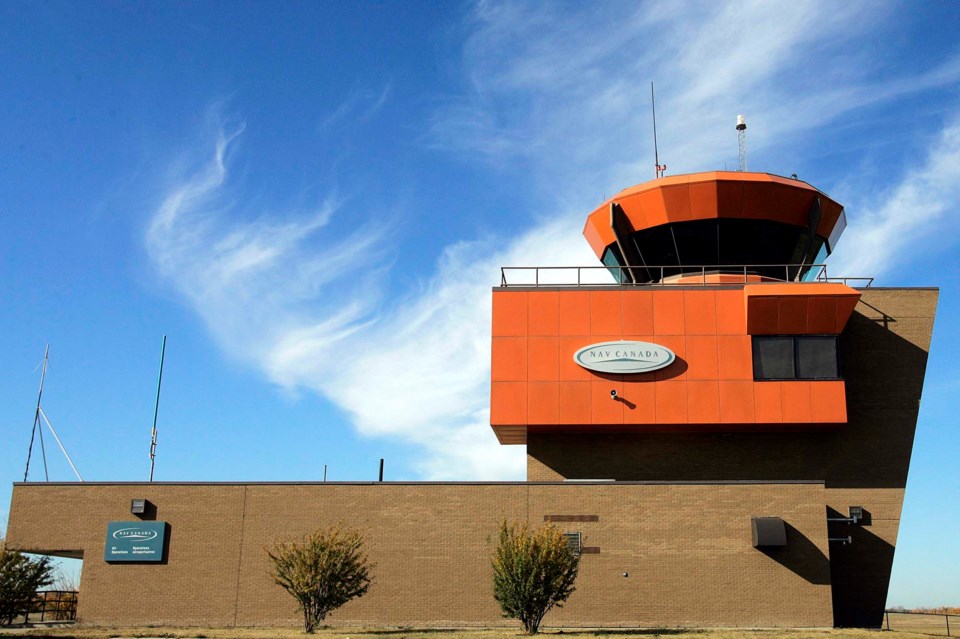 HYDRATED AVIATION — Sturgeon County received a $2.2-million provincial grant last week to build a water line to Villeneuve Airport, the control tower for which is shown here. The water line is considered instrumental for the airport's expansion.

A provincial grant has revived plans to pipe drinking water to the Villeneuve Airport that had been stalled on takeoff due to the pandemic.

Sturgeon County announced Jan. 15 that it had received $2.2 million from the province’s Municipal Stimulus Program to build a water line to Villeneuve Airport.

“We’re putting our money where our mouth is when it comes to aviation,” Lac St. Anne-Parkland MLA Shane Getson said in a video address on the grant.

“(Aviation) is one of the new pillars of our economy we need to grow out, and this (grant) will go a long way toward that.”

Back in February 2020, county council passed first reading on plans to build a water line to Villeneuve Airport by borrowing $1.3 million.

Those plans were suspended indefinitely when the pandemic hit a month later, as the county decided to focus its funds on more pressing concerns, Mayor Alanna Hnatiw said.

Fast-forward to July 2020, when the province announced the Municipal Stimulus Program. Part of the province’s COVID-19 recovery plan, this $500-million program offered municipalities a per-capita grant they could use for road, water and recreation projects that would create local jobs and position the province for future economic growth. Hnatiw said the county chose to commit its entire grant to the airport water line (instead of multiple projects as other communities did) due to its economic potential.

Villeneuve Airport supports about 235 jobs and adds some $30.59 million a year to the province’s GDP, a report from Edmonton Airports found. County council has been rallying area governments and businesses in recent years to form a Villeneuve Landing Network to promote the airport as a hub for industrial growth.

Edmonton Airports currently spends hundreds of thousands of dollars a year to truck water to the Villeneuve Airport, and needed a water line there to attract further investment, said Steve Maybee, vice-president of operations and infrastructure for Edmonton Airports. This water line (when combined with a future reservoir expansion) would provide the necessary water and firefighting capacity needed to support large flight schools, restaurants and other aviation businesses.

Hnatiw said she is very grateful for the province’s help in building this line. The county's original plans would have just brought the water line to the edge of the airport, with the final connection to the reservoir dependent on talks with partners in the Villeneuve Landing Network. Those talks could have taken years pre-pandemic and might never have happened post-pandemic.

"Now the project will be done completely in 2021," Hnatiw said.

"This will have a major impact on attracting investment and employment opportunities to the airport, which is a win for all of the (Villeneuve Landing Network) partners."

Hnatiw said construction of the line should start this spring.