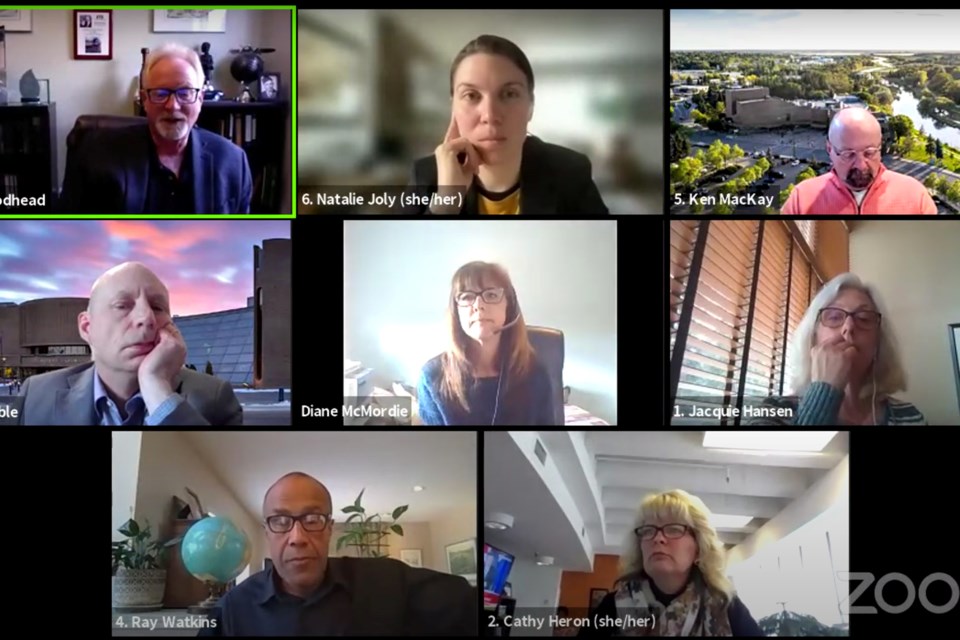 On Monday, the city's community growth and infrastructure standing committee (CGISC) heard from director of finance Diane McMordie on what implications the UCP government's provincial budget will have on St. Albert and the city's long-term plans.

Provincial decisions to cut down municipal funding while increasing education taxes and city responsibilities over the next few years is leaving the City of St. Albert in a state of uncertainty for the future.

On Monday, council's community growth and infrastructure standing committee (CGISC) heard from director of finance Diane McMordie on what implications the UCP government's provincial budget will have on St. Albert and the city's long-term plans.

The city's current assets are valued at over $700 million, and St. Albert would need to be contributing about $32 million per year to support those assets in the future, she explained. Currently, the city collects about $12 million in taxes, and with dwindling grants from other levels of government, a large gap remains.

"A 1.5-per-cent tax increase every year for over 20 years would be required to completely close this gap, or alternate revenue sources should be pursued to reduce this tax burden," McMordie said.

The province front-ended a larger portion of Municipal Sustainability Initiative (MSI) funding for 2021/22 to spur economic activity in response to the COVID-19 pandemic, but will reduce funding amounts in the following two years. Over the last four years, the city has received an average of $15.1 million in MSI funds for repair, maintain and replace (RMR) projects and growth projects. In the next five years, McMordie estimated those funds would average $11.1 million.

Council had previously committed to a three-year 1.5-per-cent tax increase, but McMordie said "a continued commitment will be required over a long period of time to properly address this issue." The city is pursuing alternative sources of revenue, including a solar farm, energy corporation and waste-to-energy project, to offset reliance on taxes. Growing the city's non-residential tax base will be key to this as well, she said.

McMordie said there are planned changes to the Disaster Recovery Program that could make municipalities responsible for up to 10 per cent of costs for natural disasters. Cuts to provincial funding for affordable housing projects, a question about referendums on this fall's municipal ballot, public sector wage spending cuts, and $25,000 in charges for RCMP DNA analysis all add additional costs.

"It's a little bit of that nickel-and-diming to death."

Mayor Cathy Heron thanked McMordie for the presentation, noting the next council of the day will have to decide how to handle a possible 1.5-per-cent annual tax increase.

In an interview, Heron said it's important for residents to understand financial issues faced by city. She said she's grateful for stimulus money provided from the province amid COVID-19, but it's only a short-term solution, not a long-term, sustainable one.

But there are some "signs of hope" coming, she said. The feasibility study on an energy corporation is coming to council this spring, the waste-to-energy project is waiting on a grant announcement from the Federation of Canadian Municipalities (FCM) before moving forward with the city's partnership with Edmonton, and there will be more news around the solar farm in the next few months. And keep an eye out for an investment announcement on April 20, she said.

"I'm hoping (the 1.5-per-cent tax increase) doesn't have to continue for the 20 years that they're predicting, because we can supplement it with some other kind of non-traditional revenue. But no matter what, we're going to have to continue to fund our RMR, and we can't not grow," Heron said.

"We have to eventually build a fire hall, we have to eventually build a new ice rink and a new swimming pool. All of those things need to happen ... because if you don't (grow), you become a city that no one wants to live in, that you can't attract any investment to. If you don't grow, you die. But I do believe we've got a pretty sophisticated council right now, along with our city manager and staff, and we're exploring every avenue possible."

The future powers up
Episode 9: “Unreal” demand for bicycles as riders hit the trails
Good Morning, St. Albert!
Gardening could be the hobby you've been looking for