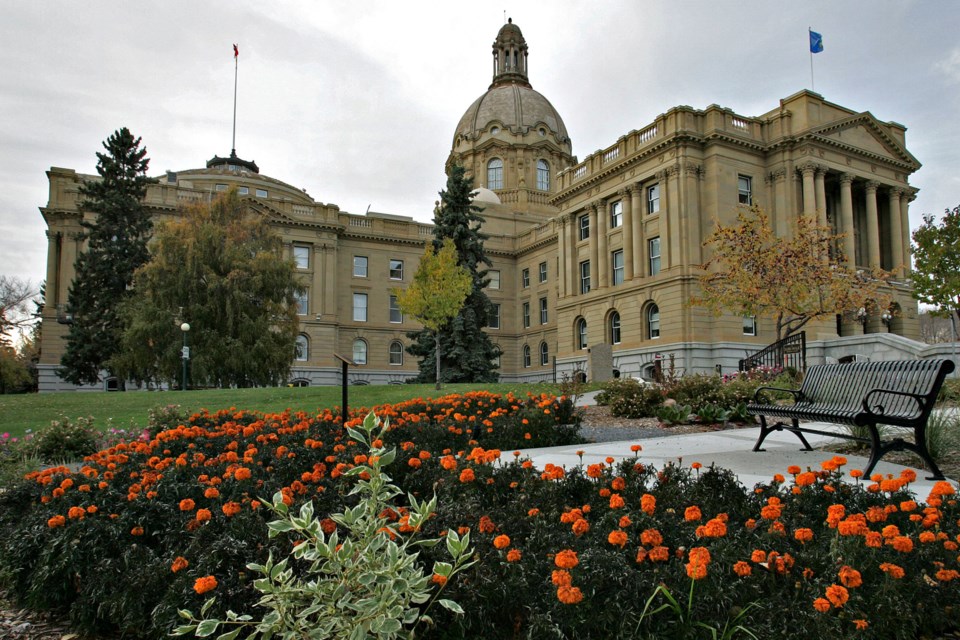 The Government of Alberta is banking on a pipeline being built in the next four years in order to keep spending cuts to a minimum.

Finance Minister Travis Toews released the UCP government's first budget Thursday. Alberta will cut its operating spending by $1.3 billion, or 2.8 per cent, over the next four years, with an eye to balancing the budget by 2022-23.

Addressing media Thursday afternoon, Toews left the door open to deeper cuts if a pipeline doesn't come online or if a global recession descends. He said the budget was built with the expectation that Line 3 would come online in the first quarter of 2021, and the TransMountain expansion would be operational in late 2022.

“We have made projections based on what we believe are very realistic assumptions. But we've also pointed out the fact that if that egress doesn't occur, if we don't see additional pipeline access, that in fact there will be a $3-billion effect ... to the government fiscal scenario. That would require additional spending restraint.”

Revenues are expected to be fairly flat over the next couple years before starting to rise in the last two years of the budget. The UCP plan is to post a $600-million surplus in 2022-23, although debt is projected to balloon to $93 billion.

Toews said the government has to pare down its budget deficit before it can tackle the bigger issue of debt. Addressing comparisons between the NDP's debt plan, which Toews claimed would have risen to $104 billion by 2022-23, the finance minister said a balanced budget comes first.

“It's a lot of debt,” he acknowledged.

While the four-year plan is to cut spending by 2.8 per cent, Toews said this year's cut would be 0.5 per cent.

The deficit for 2019-20 is expected to be $8.7 billion, largely due to a $1.5-billion window for the government to extricate itself from crude-by-rail contracts signed by the former NDP government.

Toews expressed hope the actual cost of dumping those contracts would be much less.

“We will be negotiating hard to get the best deal for Albertans,” he said, adding the Ministry of Energy is already working to offload the contracts.

“We've booked a provision that we think is responsible and transparent to Albertans. I would love if that came in at half of the $1.5 billion. I can't project, but lower is better,” he said. “If it came in at $800 million or $900 million, that would be tremendous. I think there's real possibility that it could come in substantially lower.”

Budget by the numbers

“This is not a boom-time scenario,” Toews said. “This is a very cautious revenue projection.”

He added the budget includes a “realistic” outlook for oil prices, which the government expects will remain in the range they are today, with a slight increase.

As for departments, changes run the gamut from fairly steep cuts to increases.

The government will increase its social services spending over the next four years. The budget includes a $15.2-per-cent increase to Children's Services over the next four years. This year, that ministry will receive a 6.3-per-cent increase of $94. As for Community and Social Services, this year includes an increase of 7.6 per cent, or $276 million. That department will hold the line on spending over the subsequent three years. Provincial benefits such as AISH will not be increased and will be de-indexed, meaning they won't keep up with inflation. The pause on indexing is expected to reduce costs by $10 million in 2019-20.

Spending for the Seniors and Housing ministry will rise 1.4 per cent over the coming year.

The Ministry of Health will see a cumulative 1.3-per-cent increase over four years with the majority of that coming this year. For the 2019-20 year, the budget includes a one-per-cent increase to the department of $201 million.

The Ministry of Education will not have its budget increased over the next four years, although several grants will be reallocated to help address enrollment growth.

The Ministry of Advanced Education will see a cumulative 11.8-per-cent decrease over the next four years, including a five-per-cent cut of $275 million this year.

Agriculture and Forestry will be cut 9.1 per cent, or $88 million, this year; the Ministry of Culture, Multiculturalism and Status of Women will be cut 7.6 per cent this year and a total of 33 per cent by 2022-23; and the Ministry of Economic Development, Trade and Tourism will receive an 18-per-cent cut this year, much of that to its Alberta Innovates Corporation.