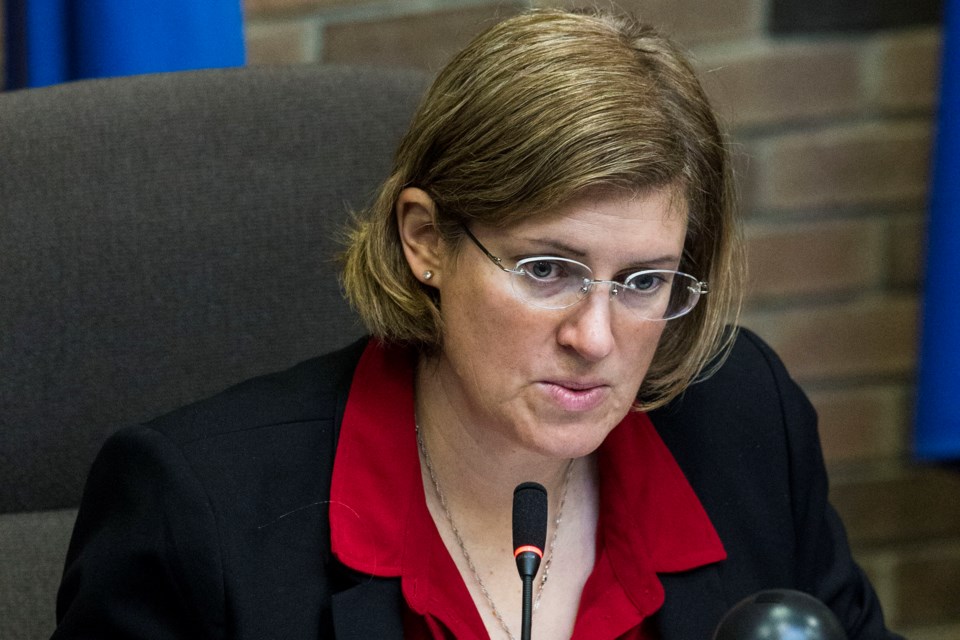 St. Albert is speeding ahead with results of its speed survey in hand, planning to conduct public engagement before looking to alter any speed limits.

On Monday St. Albert city council received results of the city’s approximate $70,000 speed and playground zone review, which took a broad look at applicable engineering standards and guidelines and came up with a series of recommendations.

City staff said the review’s intent was not to justify a cross-city neighbourhood speed reduction to 40 km/h, while Coun. Sheena Hughes argued it seems like a “giant plan” to do so.

“What we have turned all these neighbourhoods into a glorified school zone – 10 kilometres above a school zone,” she said.

“You’re going to spend more time looking at your speedometer than you are looking out the windshield so you don’t hit somebody because you have to drive so slowly and … you literally can’t touch the gas.”

While some of the recommendations in the report included some speed increases on arterial roads, a major suggestion was reducing all neighbourhood and local roadways to 40 km/h in addition to converting all elementary school zones to playground zones.

Transportation manager Dean Schick said he would much rather proactively recommend changes in support of safety, as opposed to respond reactively.

“At the heart of it in regard to the safety and incidents, it’s exponential in terms of the severity of the outcome if people are travelling 50 km/h or 40 km/h should an incident occur,” he said.

Council approved setting a public hearing date on changes to St. Albert’s Traffic Bylaw in July and spending $20,000 to hire a consulting firm that will host focus groups with residents to gather feedback.

As proposed, implementing recommendations in the report could cost an estimated $365,000.

Hughes said St. Albert is putting the cart before the horse by spending $20,000 on consulting, and the results will be predisposed.

She added, “the answer will be yes” any time residents are asked if speed should be reduced in front of their home.

Mayor Cathy Heron said she does not think St. Albert would spend $20,000 on consultation if the results were already predisposed.

Coun. Ken MacKay, who has worked as an expert collision investigator, noted that speed does play a major factor in collisions – but there are other important ones often at play, such as alcohol.

“As long as we can come back with a complete picture and a road review, I think we’ll serve the residents well,” he said.

Coun. Ray Watkins said none of council are transportation engineers, and the city has hired engineers to provide expert advice.

“This is not … playing in the sky, this is based on scientific fact,” he said.

Coun. Jacquie Hansen said at the end of the day “speed does count” and by listening to residents the city can determine where hiccups in the transportation network are.

Earlier in council’s meeting, one resident approached council on the speed review, calling it a “terrible report.”

Ross Guffei said he “wholeheartedly agrees” with being concerned about safety in residential areas, but safety goes beyond speed.

“If we’re going to do something, by all means let’s do it right, instead of arbitrarily drawing solutions that are going to cost us a ton of money, that aren’t going to work and aren’t going to solve the problem, which is safety,” Guffei said.