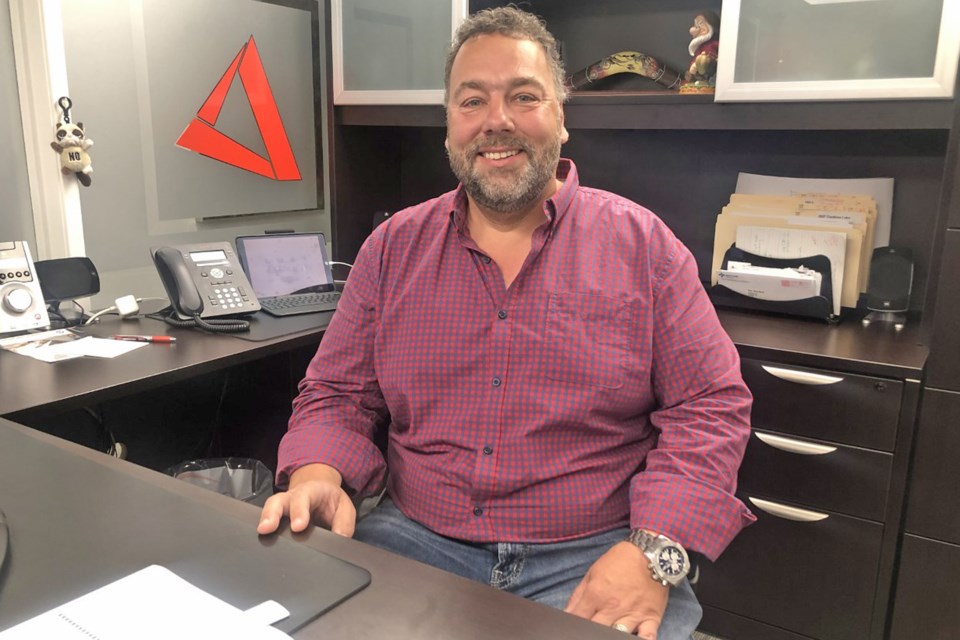 Dave Haut, CEO of Boudreau Communities, said they are doing more community consultation to give residents a say in what they want to see go into the Riverbank Landing site. BRITTANY GERVAIS/St. Albert Gazette

St. Albertans will get a chance to weigh in on what they'd like to see go in the former Hole's Greenhouses site on Bellerose Drive.

Residents made it clear they did not approve of Boudreau Communities' original plan to create a walkable urban village with two 26-storey residential towers at its centre during an 11-hour public hearing last month.

Just five out of the 72 speakers vocalized their support for the project, with those in opposition arguing the site was never intended to support a high-density mixed-use build. On June 22, city council voted down a bylaw amendment necessary for the development to proceed.

Dave Haut, CEO of Boudreau Communities, said it was clear they needed to do more community consultation if the development was to move forward.

"It's time to fix that," Haut said. "We want to take July and August to really define this vision to fit seamlessly into the community."

Originally, the development planned to house approximately 800 people, with office spaces, restaurants, retail and healthcare services. The project aimed to add $249 million to the local GDP and around $2.7 million in new property taxes annually.

One of Boudreau's first steps for consultation involved creating a focus group to hear directly from residents about the design and resolve outstanding issues.

The group is currently comprised of four residents who were vocally opposed to the project and two representatives from Boudreau Communities. Haut said there are plans to expand the group to include more residents and an independent facilitator to gather and process data.

The consulting process will also involve crowdsourcing opinions from across St. Albert online, Haut said. Residents with an opinion or an idea can email Haut directly through the Riverbank Landing website to be involved in the conversation.

There are also plans to post an online survey to gather feedback in the next few weeks.

"It's going to be all over the board. But if we do a few rounds (of surveys), then come back and come up with a preliminary site plan with that data, and then do it one more time, I hope it can be more inclusive," Haut said.

A few days after the public hearing, Mayor Cathy Heron advised the developer to make sure they had the community's support if they wanted to move forward.

The site will be developed eventually, she said, and Boudreau's efforts present a chance for residents to have their say.

"There's got to be some middle ground. I think everybody, including the developer and the residents, (has) to compromise a bit on finding what would work," Heron said.

St. Albert resident Jerry Husar is part of the focus group, and spoke on behalf of concerned residents during the focus group's first meeting on July 17.

"We're saying that dense developments need appropriate locations. This was a case of the right project in the wrong place," Husar said.

The first meeting went over well, he said. At the next meeting set for July 23, Husar said he hopes Boudreau will be able to tell residents what their plans are to address outstanding issues, including density, height, adjacent residential properties, traffic and accessibility.

"I think they were very receptive. At this point, there's not too much to disclose. We did have some discussions, but nothing has been formalized yet."

Any information presented by Boudreau will be shared with their resident contact list, and feedback will be brought back to the developer, Husar said.

Boudreau's goal is to reapply to the city with revised plans in September.

Haut said he recognized the timeline is an aggressive one, but it's not set in stone. If they feel there's a need to do more consultation, they will.

"If we can't get enough community input, and we don't feel that we have a vision that's sort of melded together, we will extend the timeline," he said.

Visit www.riverbanklanding.com/rbl-re-creation to submit ideas of what you'd like to see Boudreau build on the site.