RCMP should be held to account, says Wynn's widow 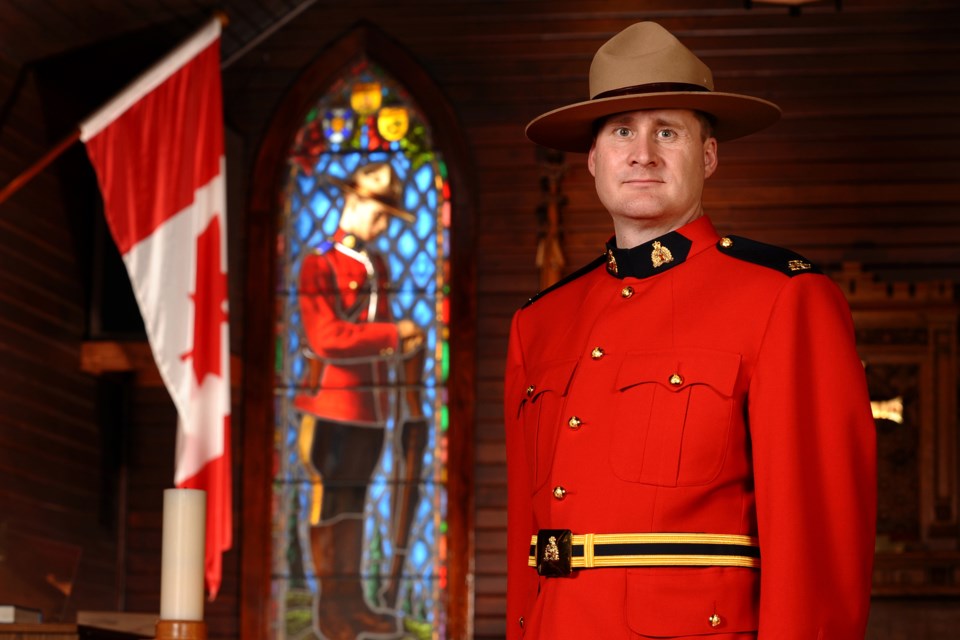 Const. David Wynn was shot in the Apex Casino in St. Albert in January 2015 by Shawn Rehn. Wynn died in the hospital several days later and left behind his wife, Shelly MacInnis Wynn and three children.

The findings of last year's inquiry into the shooting death of St. Albert RCMP Const. David Wynn revealed no surprises to his widow, who believes more needs to be done to hold police accountable for the events leading up to his death.

Wynn was shot and killed by Shawn Rehn in of the former Apex Casino during a routine license plate check in 2015.

The results of the inquiry, released last week, revealed that the RCMP radio system didn't work in certain parts of St. Albert, including the area where Wynn was shot.

Shelly MacInnis Wynn, who is an active police safety advocate, said charges should have been laid against the RCMP and a trial should have taken place after her husband’s death.

It was known that there were dead zones with the RCMP radio system, including at the Apex Casino, now known as Century Casino in Campbell Park, she added. They should have been replaced before the incident happened.

"To not have radio systems working properly, this is not acceptable," MacInnis Wynn said.

On top of the RCMP knowing about radio dead zones, MacInnis Wynn said there were no backup plans in place in case communications failed.

During the fatality inquiry, the court heard there was no radio communications inside the casino and it was one of many radio dead zones in St. Albert.

The fatality inquiry report, written by provincial court judge Bruce Garriock, stated even if the radios were working in the casino, the shooting happened so quickly it wouldn’t have been possible for Wynn to call for backup.

Wynn was in the parking lot of St. Albert's Apex Casino in the early hours of Jan. 17, 2015, when he noticed a stolen truck.

Wynn went into the casino and a short time later backup arrived when another RCMP officer and auxiliary constable Derek Bond arrived.  Bond as sent into the casino to try to locate Wynn after they hadn't heard back from him on the radio, because it was a dead zone, according to facts read out in court during the inquiry.

After a short search, Bond, Wynn and Rehn – the driver of the stolen truck – ended up near the front desk together.

Rehn fled through the casino with Wynn and Bond in pursuit. The duo caught Rehn, and after a brief struggle Rehn shot Bond in the torso and arm.

He shot Wynn at close range in the head. After Bond was shot, he said he immediately tried to radio for help but no message went through. Bond, who was a volunteer, was unarmed.

Wynn, 42, died of the gunshot wound; Bond survived. Rehn fled the scene and later died from a self-inflicted gunshot wound.

Since the incident, the St. Albert RCMP has taken steps to increase safety in dead zones by having its members use cell phones. Multiple members would also be deployed to locations known to have radio issues, the court heard during the inquiry.

The RCMP is also updating its radio communications system across the province, which would double the amount of radio towers in Alberta.

However, it is not known if the new system has been tested for dead zones in St. Albert or if it will work inside the casino.

For MacInnis Wynn, these changes are not enough.

“We're not guaranteed that (the new radios) are going to make any difference or they're going to work,” MacInnis Wynn said.

After the incident, the province undertook a review of the bail system, as Rehn was out on bail at the time of the shooting.

The report from the fatality hearing, which was held in April 2019, found the RCMP also needs to implement its new model for involvement of auxiliary RCMP constables.

In the inquiry report, Garriock commented on the past role of auxiliary constables, which has since changed in Canada.

“Further, the RCMP has developed a new model consisting of multiple tiers of potential involvement of auxiliary constables,” Garriock wrote.

Auxiliary constables were not supposed to be used in an operational role, but John Bennett, the RCMP member who conducted a review of the incident that led to Wynn's death, testified at the inquiry that changing that role was “unlikely to have changed the tragic sequence of events” that unfolded that night.

Since the incident, the role of auxiliary constables has been reviewed across Canada and new standards have been put in place to give them a more clear description of their responsibilities.

MacInnis Wynn said Bond should have never been put in the dangerous position he was put in that night and his life will never be the same because of it.

“Derek (Bond) was sent in there as an auxiliary member who has no protection whatsoever. He couldn't protect himself even if he would have had time. There's nothing he could have done.”

MacInnis Wynn said the RCMP had been abusing the auxiliary constable program for years and sending members into dangerous situations when they were not armed.

According to the RCMP's website, auxiliary constables should have been filling roles like doing bike patrols, neighbourhood watch, fingerprinting children, traffic control and liaising with the community at events.

The report found that Bond was performing a duty outside of that of an auxiliary constable when he was asked to go inside the casino with Wynn.

Bail rules were found to be a big issue surrounding Wynn's death, as Rehn had a lengthy criminal record and many changes were made to the bail system before the fatality inquiry was held.

Edmonton Police Services Const. Wilson Quan testified in 2019 that he was the police officer who acted on behalf of the Crown at the bail hearing. He said he originally did not want Rehn released, but went along with the recommendations.

Police officers no longer act on behalf of the Crown in bail hearings across the province, one of a slew of changes to the bail system that have happened since Wynn's death.

Garriock said Quan was experienced and acted “in accordance with his training and the resources available to him at the time.”

After talking to Rehn’s lawyer, who said Rehn was turning his life around, Quan agreed to release Rehn on a joint submission.

Rehn was released on $4,500 bail with conditions.

Quan believed it would take Rehn a while to pay the bail money and was comfortable knowing he would be in custody until his next appearance in two weeks. But that ended up not being the case, and Rehn was released.

MacInnis Wynn said she doesn’t blame Quan at all for her husband’s death. She said it was the system that needed to change.

“At no point did I even consider he was the problem. The problem was our system, not the officer,” MacInnis Wynn said.