Reporters look back on Dexter-inspired killer

It wasn’t until a public tip came into the St. Albert Gazette newsroom around 10 years ago that former Gazette reporter Ryan Tumilty first began looking into one of the most notorious murder cases in Canada.
0
Nov 22, 2018 2:18 PM By: Jennifer Henderson, Local Journalism Initiative reporter 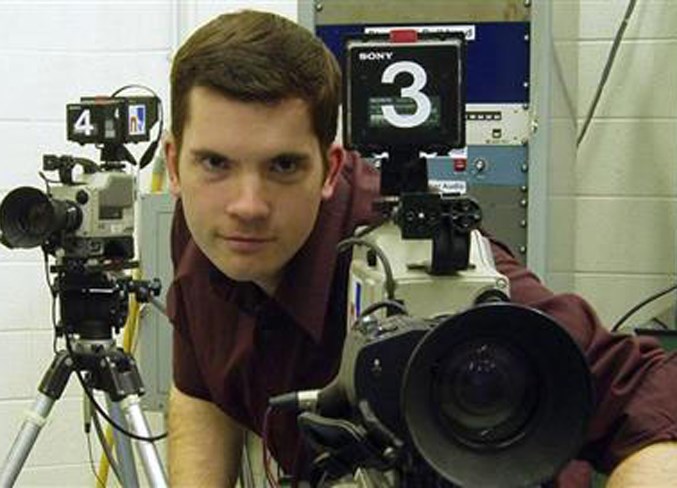 It wasn’t until a public tip came into the St. Albert Gazette newsroom around 10 years ago that former Gazette reporter Ryan Tumilty first began looking into one of the most notorious murder cases in Canada.

The tip, which came from a neighbour of Mark Twitchell, first came as an inquiry in October 2008. The man was wondering why the Edmonton Police Service had spent three days searching his neighbour's house in Deer Ridge.

Tumilty, who covered crime at the Gazette for five years, said it struck him as unusual that Edmonton officers were searching a St. Albert home – not to mention bringing in a forensic unit for a lengthy search.

“That was sort of our first hint that something was going on. That was before he had even been arrested,” Tumilty said.

As the case evolved, it became very clear it was a weird one. The police remained tight-lipped on the investigation, but by the time the trial rolled around, the Crown was able to paint a picture of a wannabe filmmaker and serial killer who used social media and dating websites to carry out a crime inspired by the popular television show Dexter, detailing his actions in a document called “SKconfessions.”

Twitchell, a St. Albert resident, was eventually charged with first-degree murder for the death and disappearance of John Brian “Johnny” Altinger, a 38-year-old oilfield equipment manufacturer. Altinger was killed on Oct. 10, 2008, and Twitchell (who was 29 at the time) was arrested on Oct. 31, 2008.

Tumilty said the case was rare in his time as a crime reporter.

“This was an unusual case. This didn’t fit within sort of the crime that anywhere normally sees, but especially St. Albert doesn’t usually see something like this,” Tumilty said.

While police remained mum on many of the details through the investigation, the trial eventually revealed a bizarre tangle of fact and fiction.

Twitchell, an aspiring filmmaker, lured Altinger to a garage in south Edmonton by pretending to be a woman on the dating website PlentyOfFish.

Altinger’s friends eventually became concerned about him after they received emails from him saying he had met a woman on a dating website and he was going on a long vacation with her to Costa Rica.

His friends eventually broke into his condo, where they discovered his passport. Nothing had been packed for a trip.

It was eventually discovered that Twitchell had killed Altinger and sent the emails from Altinger's accounts.

By the time the trial rolled around, small details around the case had emerged and had attracted international attention. American reporters working for Dateline and 48 Hours flocked to the trial to document the ins and outs of a unique and strange story.

Steve Lillebuen, who began covering the case as a police reporter at the Edmonton Journal and went on to write The Devil's Cinema, a book detailing the events of the Twitchell case, said the case was extraordinary in many ways.

“For me, as a police reporter, this was a new kind of crime. It was a murder in the digital age. I hadn’t really heard or covered a case like that before,” Lillebuen said.

Digital-age communication, such as Facebook and dating websites, were just starting to become really popular in 2008 and Lillebuen said they were instrumental in the ruse and the cover up.

Another big oddity in the case was Twitchell’s obsession with Dexter, a television show about a serial killer which was at the height of its popularity when he committed the crime (and throughout the trial, which took place in 2011.)

“It was just this unheard-of motive and unheard-of crime, and how and why could something like this occur. And this idea that reality and fiction could merge in some way and I guess the inspiration, the whole Dexter angle,” Lillebuen said.

Twitchell wanted to come off as a bit of a trickster, Lillebuen said, as he attempted to be in on something that his audience wasn't aware of. The aspiring filmmaker ran a Dexter Facebook page where he would write about his real-life exploits as though he was Dexter.

"The people who were reading his Facebook page were thinking it was just a Dexter fan and were not realizing his posts were actually referring to real life incidents. So there was a lot of, was it real, was it fake, and where is that line?" Lillebuen said.

The extremes in the case also contributed to the local and international intrigue.

“On one hand, it was such a diabolical case – but then the killer behind it had no background that would have led people to believe he was capable of such a thing," Lillebuen said.

"Those were the contrasts in terms of a wannabe serial killer who was hiding in plain sight."

When both Tumilty and Lillebuen spoke with Twitchell's friends and neighbours, they said they didn’t see this coming from Twitchell.

“Most of the people who we talked to around the time of his arrest didn’t remember him in any sort of significant way. He didn’t stick out in their minds as just anything other than their kind of quiet neighbour,” Tumilty said.

Although Twitchell did not garner a lot of public attention in his day-to-day life, his trial drew in a lot of international attention.

“There were a lot of bombshell moments,” Lillebuen said of the trial, which included the details of his diary and the revelation that Altinger’s body had been found.

“I was absolutely baffled by reading the diary. It’s something I had never seen before in terms of documenting your crime spree in such an elaborate and detailed way,” Lillebuen said, adding he was gasping as they read it into the court record.

The diary explained how Twitchell planned and failed to kill his first victim, Gilles Tetreault, and then how he successfully lured and murdered Altinger.

"This story is based on true events. The names and events were altered slightly to protect the guilty. This is the story of my progression into becoming a serial killer,” the opening line of the document read.

Twitchell went on to explain how he dismembered Altinger and the many attempts he made to dispose of the body, which was eventually dumped in a north Edmonton storm sewer.

Police were able to prove a large portion of the diary was true, although Twitchell claimed the events were fictionalized and he was acting in self-defence when Altinger died.

Twitchell said the events were part of a story and the diary was sensationalized to make for a more interesting novel.

Twitchell, who described himself as a psychopath with little ability to feel empathy, was never publicly diagnosed with any mental condition.

In the end, the 12-person jury only deliberated for five hours before finding Twitchell guilty of first-degree murder. He was sentenced to life in prison and is currently serving his time in a Saskatchewan penitentiary.