John Yuen spent Friday clearing out the fridge at his Italian restaurant and wondering how he'd manage to scrounge up about $12,000 for his April rent payment after shutting his doors indefinitely earlier this week.
Mar 21, 2020 9:30 AM By: Canadian Press 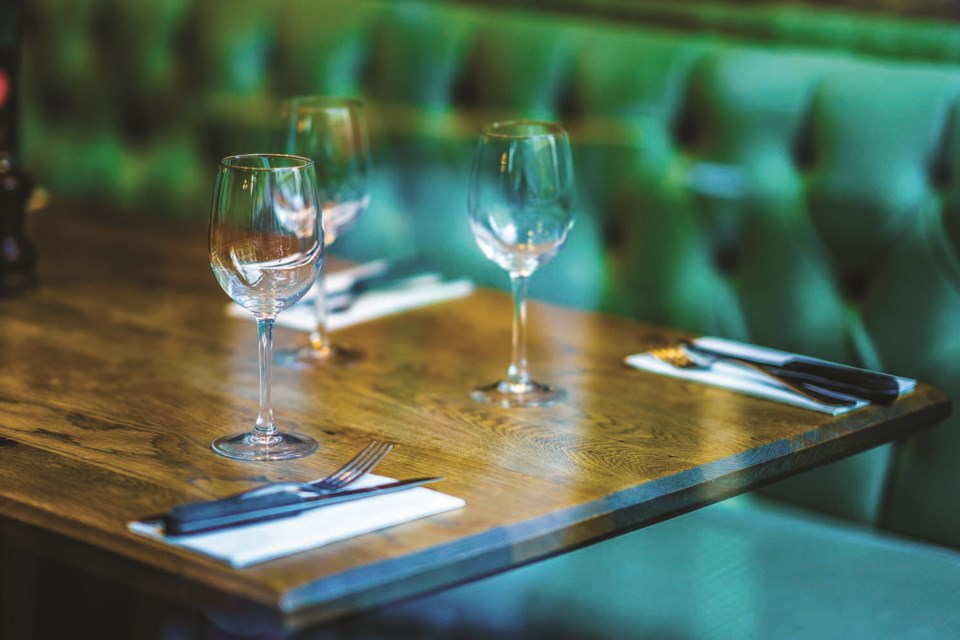 John Yuen spent Friday clearing out the fridge at his Italian restaurant and wondering how he'd manage to scrounge up about $12,000 for his April rent payment after shutting his doors indefinitely earlier this week.

Ferrovia Ristorante has a loyal following of diners built up over some 20 years in Thornhill, Ont., but though Yuen tried shifting to takeout after the province asked bars and dining rooms to shut down, he only sold about $300 worth of meals over three days.

"It was just not financially feasible," said Yuen, so he decided to close his doors — hopefully temporarily — on Tuesday. He laid off about a dozen staff.

"This is my baby. This is my love," Yuen said while removing from the fridge whatever food hadn't been donated or doled out to staff, family and friends. "It's very sad. Almost brings tears to my eyes."

Yuen isn't alone. Restaurant owners are struggling to stay afloat as health authorities and governments urge wide-scale shutdowns, and they're asking Ottawa to offer immediate assistance to prevent mass bankruptcies when loans, mortgages and rent have to be paid.

"I just hope that the government would step in," said Yuen, who also co-owns a second restaurant in Toronto that continues to serve takeout, which works with its menu better than at Ferrovia. Still, that restaurant now brings in about half the business, forcing Yuen to lay off several staff and reduce hours for those remaining.

"I hope that (the government) could make the process a little bit easier, so we could at least have a fighting chance right now."

He's not alone in that sentiment.

More than 90 per cent of restaurant owners that responded to a Restaurants Canada survey this week said they're "very worried" about the coronavirus impacting sales over the next three months, wrote spokeswoman Marlee Wasser in an email. The national association represents the food service industry. It sent the survey out to members Tuesday and received more than 400 responses, representing 9,000 establishments, for these preliminary results.

Donna Dooher, co-owner of Toronto-based Mildred's Temple Kitchen, is among the very worried. She shut down the restaurant, which she's owned with her husband since the mid 80s, at the beginning of this week. She was troubled that people continued to come out in droves to dine in and felt "it was time for us to do our part." The restaurant employed about 55 staff, who are now out of work.

How long she and other operators can weather these closures depends on what resources they have access to and how much emotional fight they have left, said Dooher.

For Mildred's, it's unclear how long that may be.

"I wish that I could tell you," said Dooher, who acknowledged that with more than three decades of owning the business, she may have more financial flexibility than many others who operate on a month-to-month basis.

Nearly 80 per cent of respondents to Restaurant Canada's survey said they already experienced lower sales in the first two weeks of March compared to last year, and the majority of these owners said the drop was 25 per cent or steeper. More than a quarter of those with lower sales saw their revenue drop by at least half.

Many of the respondents are considering closing down permanently, Wasser said, citing answers provided to a question on whether the owners had plans in place if the situation worsens in their area.

Several said they will close or be forced into bankruptcy.

"If this lasts longer than two months, we will be wiped out without any help," one respondent wrote.

Prime Minister Justin Trudeau announced Wednesday an up to $82-billion spending package to help Canadians and businesses through the pandemic. It includes a wage subsidy for small businesses and the ability to defer tax payments until August.

Restaurants Canada wants more relief "so that restaurants can survive the unprecedented challenges they're facing," the organization said in a statement.

It is asking for more co-ordination with banks to make flexible arrangements for loans and mortgages, including payment-free periods, and flexible arrangements from landlords on rent, as well as no-eviction orders. It wants flexibility and relief on sales and property taxes, and more assistance to prevent further layoffs.

Restaurateurs don't tend to have much access to lines of credit or business loans, Dooher said. She worries people may resort to paying personal or business costs on high-interest credit cards, and would like to see governments help operators with some financial relief.

"I think sometimes we just forget about how important our industry is to the economy," she said.

While hoping for relief from the government, Yuen said he's doing everything he can to save his business. The mortgage on his home is up for renewal and he's trying to tap into its equity to access enough cash to pay the rent come April.

This report by The Canadian Press was first published March 20, 2020.