Robot with a heart

Some people say the days of smart action movies about robots are so 1984. Those people are mostly right. The last one that even tried was I, Robot and that movie stunk like a mouldy CPU.
May 30, 2009 12:00 AM By: Scott Hayes 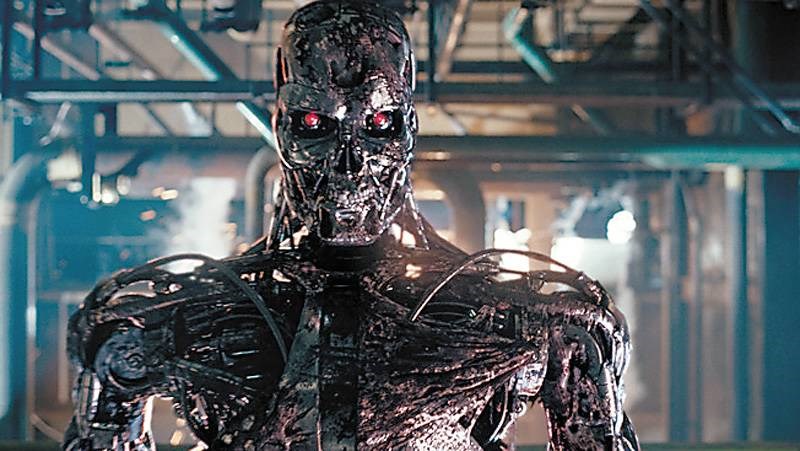 Some people say the days of smart action movies about robots are so 1984. Those people are mostly right. The last one that even tried was I, Robot and that movie stunk like a mouldy CPU.

When the first Terminator movie came out, it played right off of the nihilistic Ronald Reagan-era worldwide sense of impending doom. Instead of communism, the enemy turned out to be machine people from the future. Awesome. Of course, we made the machines in the first place so we were the real bad guys because of our unchecked dedication to technological progress.

The problem is that screenwriters and studio heads keep insisting upon confounding the greater plotline with logical conundrums. Any script that uses time travel is simply asking for trouble. The audience must ignore the glaring errors in order to enjoy the show or they will be greatly disappointed.

To recap, the original Terminator came back to 1984 to kill the mother of John Connor, the future leader of the fight against the machine world led by Skynet. It failed, and more sophisticated Terminators keep popping up but only later on in his life, instead of when he was a defenceless baby. I guess even machines have a sense of fair play. Each robot is thwarted, but the larger problem of Skynet invoking nuclear war against mankind went ahead regardless. There is no fate but what we make, except that you can’t really stop destiny.

Or can we? Apparently man can’t do it, according to the fictional logic, but the Terminators can. Here, a death row inmate named Marcus Wright (Sam Worthington) gets executed but donates his body for research at Skynet. Reborn as a cyborg in 2018, he still thinks of himself as a man but one who only wants to help the resistance, not his electronic overlords. Yes, he’s a robot with a heart. It’s up to Wright to convince Connor (Christian Bale) about his intentions but the larger question remains — does he even know what his intentions are, or has he been programmed to lie?

A fascinating question, sure, but certainly a small number of ticket holders will care. This is a Terminator movie after all and people want to see action and cool animatronics. They’ll get it too but in small, cheap and scattered doses. If only Stan Winston was still alive, he would have breathed so much life into the effects.

It’s actually a smart script with cultural references as diverse as Apocalypse Now, the Holocaust, Blade Runner and the Bible. If you’re trying to make a story as bleak as this, atmosphere and tone are important. The tone in this movie is as neutral as taupe. It did nothing for me. I can overlook extended plot discontinuity and frank ridiculousness just so long as it feels like something worthwhile is waiting for me.

Terminator Salvation starts off slowly and only has a smattering of driving and intense scenes. If you’re looking for action, watch Star Trek instead. If you can appreciate a movie for how it makes you think, then you’ll enjoy this one. I’ll admit that my expectations were askew from the beginning. I was put off at first but it’s steadily growing on me. This is a think piece if you can believe it but an anti-climactic one.