A St. Albert student is getting a provincial medal for inspiring others to live fuller lives. Alberta Culture and Tourism officials confirmed this week that St.
Feb 10, 2017 11:00 PM By: Kevin Ma 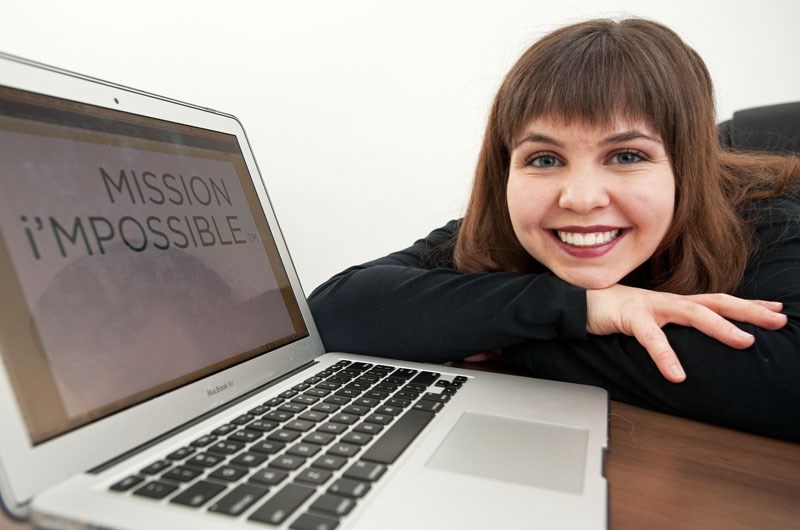 SACHS grad Emily Vilcsak has been picked as one of this year&#8217;s Alberta Queen&#8217;s Golden Jubilee Citizenship award recipients. Vilcsak believes she received the award due to her youth advocacy project

A St. Albert student is getting a provincial medal for inspiring others to live fuller lives.

The award recognizes eight Alberta high-school students each year who demonstrate outstanding citizenship, leadership, community service and volunteerism, and comes with a medal and a $5,000 scholarship.

A SACHS grad and MacEwan University student, Vilcsak was a guest speaker at St. Albert Catholic High School (SACHS) this week as part of the school's Healthy Me conference. She said she learned she had won the Jubilee medal about two weeks ago in an email.

"I was shocked and very excited," said the cheery 18-year-old. She had previously received the Premier's Citizenship Award, but had no idea that she had qualified for this one in the process.

Vilcsak was a tremendous leader, athlete, actress and role model at SACHS, said Troy Bontus, a family friend and one of her former teachers.

"She was a smiling face when someone wasn't feeling great," he said, and a real character in biology class.

"She made everything funny," and had some real cheeky replies to some questions.

Jill Vilcsak, Emily's mother, said her daughter has always been a very driven and outgoing person.

"There was never any holding her back."

Vilcsak has worked for many causes, such as repainting homes in hurricane-ravaged New Orleans, volunteering for Edmonton's Marian Centre, and serving as youth co-ordinator for The Collective in St. Albert. She currently works with special needs students through the group Capernaum and youth through Young Life Canada.

Vilcsak said she believed she received this award due to her work as a motivational speaker.

In 2012, she created the Mission I'mPossible program, which has her speak to grades 4 to 9 students about self-respect, self-image and overcoming challenges.

Vilcsak said she based the program on her experience dealing with cerebral palsy, which has weakened her muscles and fine motor control on her left side.

Vilcsak said she first realized she was different from other kids when she was playing rookie baseball.

"I realized I couldn't catch the ball with one hand and throw it with the other."

While she was initially discouraged, she said her friends and family motivated her to stick with it, and she came up with a workaround: she'd catch the ball, rip the glove off her hand using her armpit, and throw the ball with the same hand.

"There's nothing you can't achieve if you set your mind to it."

Vilcsak wears a brace on one leg, and says she wore long pants all the time throughout junior high to hide it, even during the hottest summers.

"I didn't want people to see my disability."

That changed in Grade 10 when she spoke about her life to student council.

"People came up to me and said, 'Emily, you need to share your story,'" she said, which inspired her to start Mission I'mPossible.

She's now spoken to about a dozen groups of students throughout the St. Albert region, and is looking to become a full-time professional speaker. She's stopped hiding her leg brace, and is now willing to talk about having cerebral palsy with anyone who asks.

"We're all disabled in some way," she said, when asked to sum up the program's message, and often that disability is fear of following our dreams.

"Once we can break through that fear, that's when we can totally accept what we want to do."

The Jubilee medals will be awarded later this year.