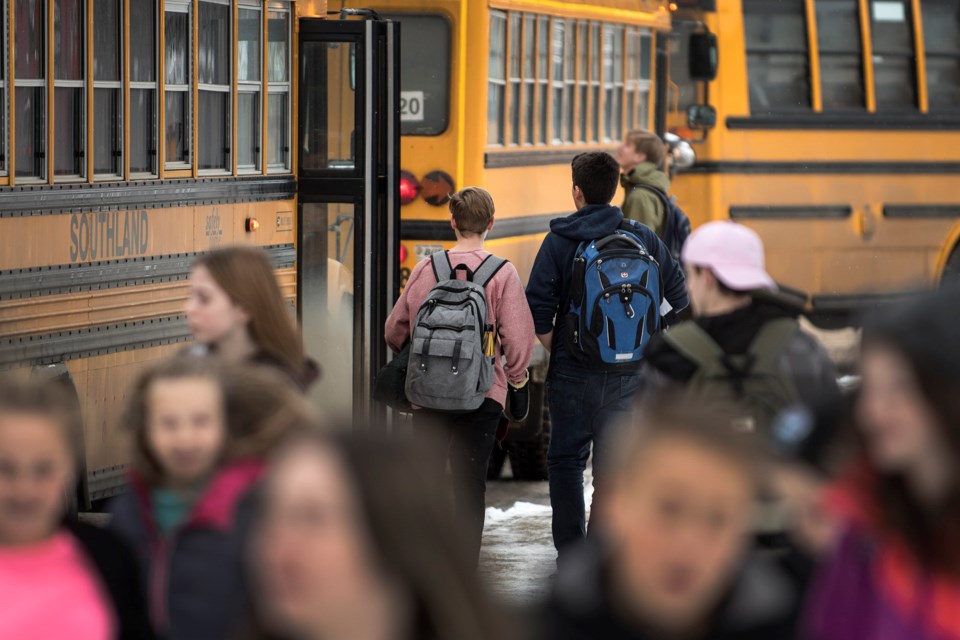 School boards across the city are waiting nervously to see whether the upcoming provincial budget introduces more cuts to education.

Education was one of the hardest hit sectors in last year’s 2020 provincial budget, which included a devastating cut to program unit funding (PUF) which supported young students with disabilities. Funding for PUF was slashed in last year’s budget.

St. Albert Public board chair Glenys Edwards says the board is nervous about what the new budget, set to be released Thursday, will mean.

“We are urging the government to give education a high priority in it’s limited budget,” said Edwards. “We’re concerned that there will be cuts to education but we’re really hopeful that they are as minimal as possible.”

Edwards said St. Albert Public is asking the government to reinstate PUF funding to previous levels, so students who need the support can access it for three years instead of two.

“My understanding at a high level is that there will be less supports available and kids would get less therapy and classroom support," she added.

Joe Becigneul, a trustee with Greater St. Albert Catholic Schools, says PUF is among the most pressing issues that they want to see reinstated by the province this week.

“Our PUF funding envelope went from $2.4 million down to $700,000,” said Becigneul. “We went from being able to service 11 classrooms full of children down to four.”

It isn’t just in St. Albert that PUF funding has been a critical topic. The Alberta School Board Association passed a motion in November that lobbied the government to reinstate PUF funding to 2018 levels.

“The trustees from across the province all face the same cuts and we all have been advocating to our own MLAs and the minister did say they were looking at it,” said Becigneul, adding his fingers are crossed that the change will be made for this year's budget.

While PUF funding remains a critical part of the education budget, there are also a variety of other issues that schools face. COVID-19 wreaked havoc on jobs within the sector and educational assistants were laid off in large waves last year at the start of the pandemic.

“The premier clawed back 2,600 educational assistant positions across the province,” said Becigneul. “Some of them were hired back in the fall when we returned to classroom learning, but with the loss in PUF funding we are doing the best we can.”

Another hot topic in this year’s budget will be funding for school transportation, which has also taken a hit. Edwards said bus fees have risen over the past two years as the board attempts to limit siphoning money from their classrooms.

“The board approved that increase (in bus fees) very reluctantly. It was a huge struggle for us to make the decision to increase the cost of families who use our buses,” said Edwards, “The motivation behind (the increase) was if we didn’t raise the bus fees for families, the loss of those fees would have come out of our classroom instructional budget.”

The budget is set to be announced by the provincial government Thursday afternoon by finance minister Travis Toews. It will mark the third budget introduced by the United Conservatives since they came into power in 2019.

You can find more information on the budget here.