The Protestant school board is projecting a $1.78 million deficit in its 2009/10 budget. The deficit will be offset by reserves. The board passed the budget at its public meeting Wednesday evening.
May 30, 2009 12:00 AM By: St. Albert Today Staff 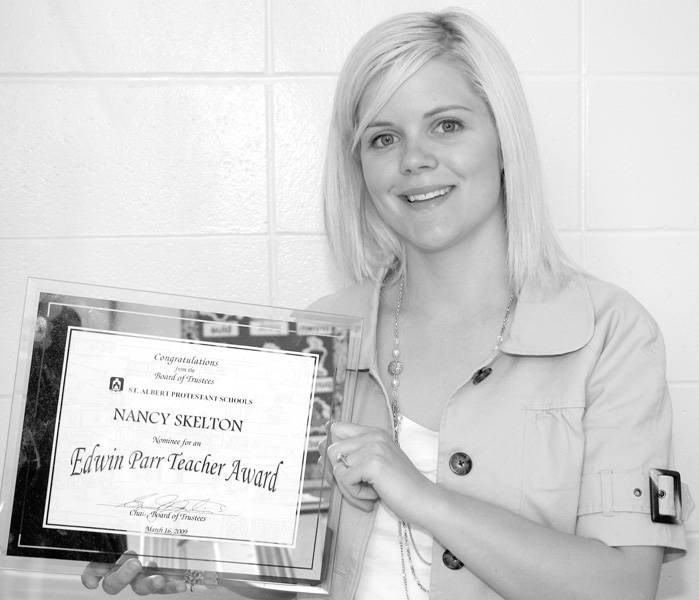 The Protestant school board is projecting a $1.78 million deficit in its 2009/10 budget.

The deficit will be offset by reserves. The board passed the budget at its public meeting Wednesday evening.

The budget is based on a projected enrolment drop of 153 students, which would put the district at 2001 levels. The budget would also see the teaching roster trimmed by about 24.

However, the figures will likely improve. Schools always project cautiously at this time of year in anticipation of getting more students by Sept. 30, when Alberta Education provides funding based on actual student numbers, said associate superintendent of finance Michael Brenneis.

Included in the budget is a $264,000 deficit at Bellerose Composite High School due to structural changes brought about by new course offerings. The school will begin to recover its shortfall in 2010/11, Brenneis said.

This spring’s provincial budget included a 3.8 per cent increase to school boards’ basic operating grant, but less of an increase in other areas like maintenance and special needs.

“I thought we were going to be in somewhat better shape than what we are,” said trustee Joan Trettler. “We’re still in reasonably good shape but the future looks somewhat uncertain.”

A St. Albert kindergarten teacher is one of six provincial recipients of an award for outstanding first-year teachers.

Nancy Skelton, 23, is the winner of the Edwin Parr Award, handed out yearly by the Alberta School Boards Association (ASBA.) Skelton has demonstrated strength in teaching and classroom management while also showing tremendous enthusiasm and command of student assessment, said an ASBA press release.

Receiving the award was a big honour, Skelton said.

“I’m just really thrilled in my first year to have this recognition. It makes me really excited about my career and my future in St. Albert Protestant Schools,” she said.

Born and raised in St. Albert, the Bellerose grad attended district schools her entire school career and knew she wanted to teach there after graduating from the University of Alberta.

“I had really great teachers when I grew up,” she said. “I always knew I wanted to be a teacher.

“I knew I wanted to work with little kids and be their first teacher and really give them a positive early experience in school.”

Skelton credits her first-year success to the district’s mentorship program and overall support from her school.

“When it felt hard, it didn’t feel hard for long because I have such great support,” she said.

The first year of teaching brings a lot of uncertainty for teachers and awards like this help build confidence, said Leo Nickerson principal Kevin Jones.

“Nancy is so well-organized and has worked so hard to build relationships with her students and their families,” he said. “We’re all so proud of her and looking forward to having her stay at the school next year.”

Andrew Spring of St. Albert won a bronze medal in cabinet making at the Skills Canada national competition in Charlottetown, P.E.I. held May 20 to 23.

It was the fourth consecutive year the Paul Kane grad has medalled at nationals. He’d previously won a gold, silver and bronze. Spring wasn’t available for comment.

Another area competitor was Brittney Yaggey, a Grade 12 student at Sturgeon Composite High School who lives near Calahoo. Yaggey finished sixth in the workplace safety category.

“It was actually a huge, phenomenal experience. It was nothing you can imagine,” she said.

Students earn the right to attend nationals by winning gold at the provincial level.