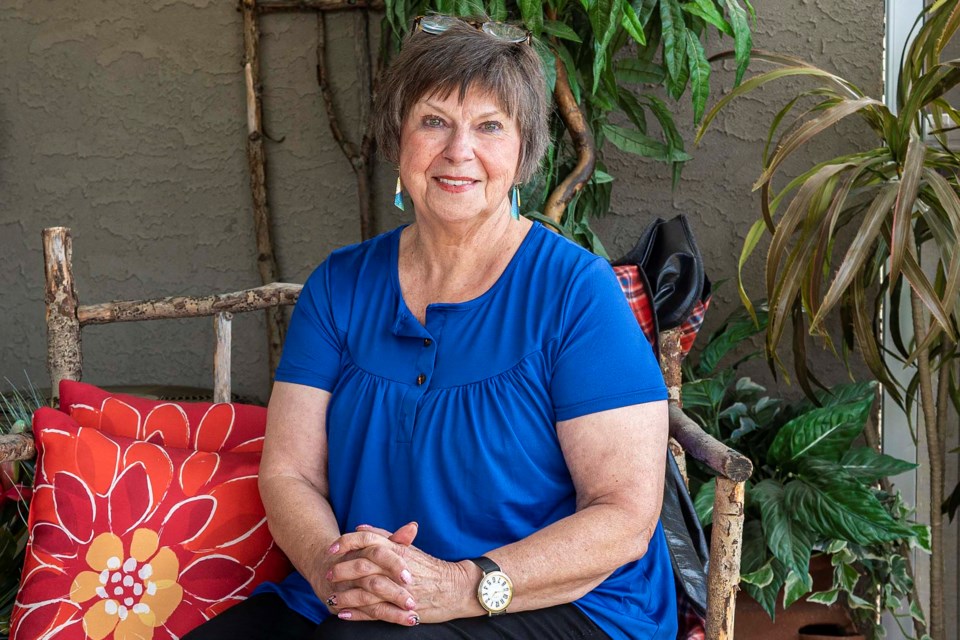 Dawne Fowler is starting up a non-profit organization called Seniorizing in Alberta Society to help seniors not be isolated. CHRIS COLBOURNE/St. Albert Gazette

Getting older can be a time of greater friendships, more purpose, and a better life, Dawne Fowler says. The new septuagenarian has started a new group to help all seniors accomplish those goals.

First and foremost, the Seniorizing in Alberta Society works to prevent the kind of isolation that plagues the aged population, and society in general as well, she said.

“Our government has done a really good job in giving people the support that they need to remain in their own home. A couple will be in the same place most of their lives and then all of a sudden, the main driver loses their license and, particularly in St. Albert, that group of people has never had to use public transit or taxis or that type of things. So they are quite lost,” she said.

“There's a lot of people who really feel that huge sense of loss and are embarrassed by it. There is a tendency to hide. People go through some serious emotional issue and they're in their home for a period of time. They get used to sitting at home so they don't come out anymore. It's huge across the country, and it contributes to some really excessive health costs as well.”

There is a lot more on the agenda than just the issue of isolation, she continued. That’s why the organization’s first steps are to offer a program that covers all the bases. Seniorizing launches on Monday with a six-week program that works to stimulate new pathways between the right and left hemispheres of the brain.

For five hours a day, five days a week, participants can get involved in various activities such as dance, music, restorative yoga, therapeutic drumming and brain games as ways to push out the negatives in their lives and draw in the positives. These holistic programs, Fowler continued, will not only relieve that isolation but also decrease people’s risk of dementia and cognitive decline, while improving everyone’s overall physical, mental and emotional fitness.

Fowler sees how Seniorizing can be applied universally because it fills a huge gap in current services for seniors.

“I really believe that a program like this can be implemented anywhere. It's a piece of the senior puzzle right now that is missing. We provide daycare programs for seniors and we have lots of programming for seniors who need extensive care in facilities: there are a lot of dementia facilities for seniors. This is a program to move people off their couch and back into the community again.”

At the very least, it’s given her an occupation that is putting a lot of shine on her sunset years.

“I've been brainstorming this for five years now. It's been on my heart. This year, I thought, ‘Good grief ... I’m 70. If I don't get this started now, all it's going to be is in my head.’ I'd like to see it up and running with a board and funding so that we can hire an executive director, and then I can retire ... and not become isolated.”