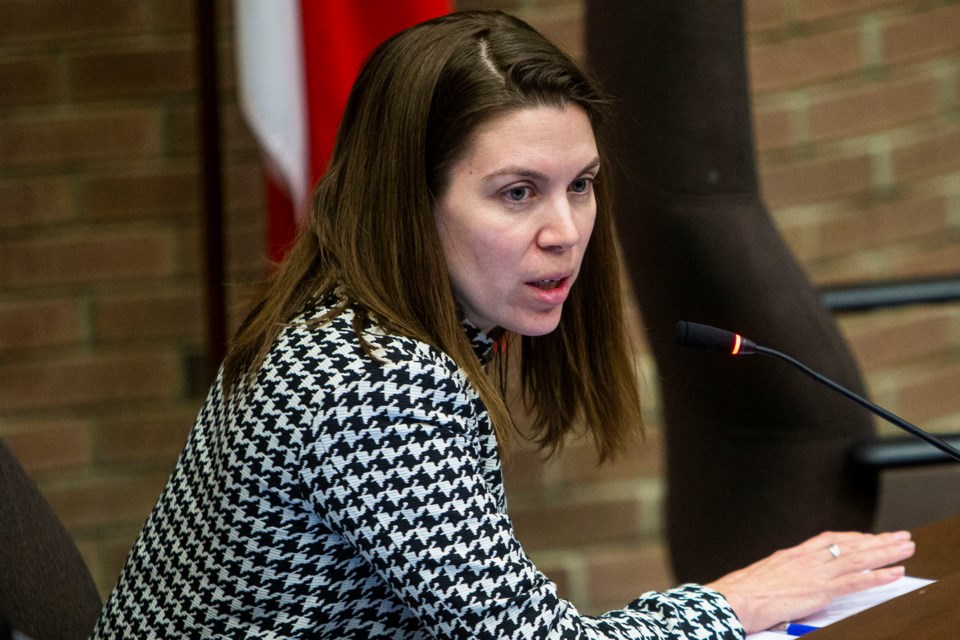 After being the first municipality in Alberta to debate banning conversion therapy in July, on Monday St. Albert officially introduced protections for LGBTQ+ people by prohibiting businesses from offering the practice.

Originally, the bylaw outright banned performing the service on minors as well, but council voted 4-2 to take out that clause, in effect making it more “immune” to constitutional challenge.

Conversion therapy is a practice that uses behaviour modification techniques, medication and other treatments in order to change or repress someone’s sexual orientation or gender identity.

After introducing third reading of the bylaw, Coun. Nataly Joly said it was “wonderful” to see the nation-wide reception St. Albert received for its leadership.

“Although the vast majority of the response we got was positive, and thanking us for our leadership, we did receive some that showed us why it’s so important to have this kind of bylaw in place,” Joly said. “It’s pretty horrific, some of the abuse that is directed towards the LGBTQ+ community. We saw a glimpse of that when this passed.”

Since St. Albert debated banning conversion therapy in July, many other municipalities across Alberta have followed similar courses. Last week, Edmonton passed a similar bylaw, and other cities including Spruce Grove, Calgary and Fort McMurray are in the process of doing so as well.

Federal changes could be coming down the pipe, too. This week, Prime Minister Justin Trudeau announced in a mandate letter sent to Minister of Justice and Attorney General David Lametti intentions to amend the Criminal Code to ban conversion therapy federally.

St. Albert legal services director David Leflar said council needs to make the decision between banning the practice on minors or banning businesses from offering the practice. A complete ban on the overall practice of conversion therapy, for example if the service was offered for free to a consenting adult, could result in a constitutional challenge.

However, by removing the ban on providing conversion therapy to youth and only targeting businesses, the bylaw would be more likely to be upheld in a court, Leflar said.

“By taking this (clause) out, we make the bylaw into a document that is more certain overall to be able to be upheld by the courts, it’s less likely to be challenged and succeed. What you’re giving up, though, is the ability to really target the activity, as it applies to minors,” he said.

Leflar added it is a “legal balancing act,” and there is no right or wrong answer until a conversion therapy ban is challenged in court.

Coun. Sheena Hughes voted against the amendment to remove the ban on youth conversion therapy, saying the city is “shooting itself in the foot" by narrowing the parameters of the bylaw.

After the amendment passed with Hughes and Coun. Ken MacKay opposed, the bylaw passed second and third reading unanimously.