Bird count back on, say organizers 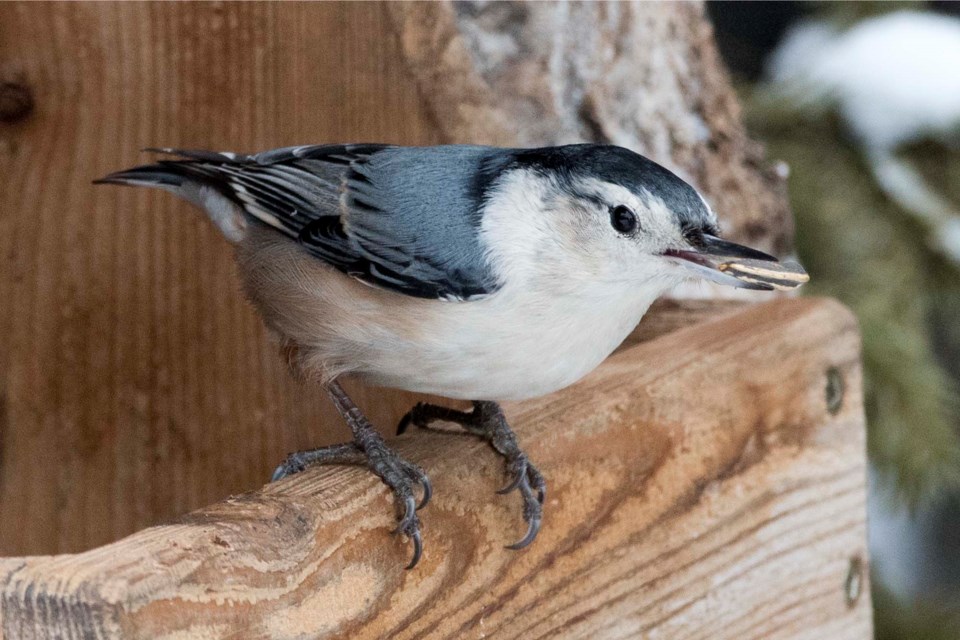 St. Albert’s Christmas Bird Count has come out of hibernation now that a new bird enthusiast has stepped up to run it.

The Gazette previously reported that this year’s St. Albert Christmas Bird Count had been cancelled as long-time count co-ordinator Alan Hingston was unable to run it and had not found a replacement.

Yousif Attia, national Christmas bird count co-ordinator with Birds Canada, told the Gazette this week that Elene Haave Audet of Edmonton has stepped up to run this year’s count.

The St. Albert count typically sees over 100 people head out on or around Dec. 28 to count every bird they can find in 24 hours in a 24-km-wide circle centered on the old St. Albert Airport. Data from the count is sent to Birds Canada to track trends in bird populations.

Haave Audet, a biology student at the University of Alberta, said she has participated in several bird counts outside of St. Albert before and was recruited for this post by a friend. Her job will be to receive count reports from St. Albert’s zone captains and forward them onto Birds Canada.

This year is the 120th anniversary of the Canadian Christmas Bird Count and the 29th of the St. Albert count. Some 450 counts are happening across the nation from Dec. 14 to Jan. 5, Attia said.

While modern bird counting apps such as eBird are useful, Attia said Christmas bird counts were still important as they get hundreds of people to all count birds in the same way at the same place and time, which lets researchers compare results year-to-year.

Attia said bird count data has helped scientists track the advance of the Eurasian collared dove across Alberta (first spotted in the St. Albert count in 2010) and rising numbers of overwintering waterfowl around water treatment plants.

“For the past five years, we’ve been having gulls well into December and into the Christmas bird count season. That would have been virtually unheard of 15 years ago.”

A major study in science last September used bird count data to show Canadian and American bird populations had shrunk 30 per cent in the last 50 years, with even commonplace species like the red-winged blackbird seeing precipitous declines.

Haave Audet encouraged residents to sign up for the count at sacbc.weebly.com. Participants can either roam the wilds as bush-beaters or count birds at home as feeder watchers.