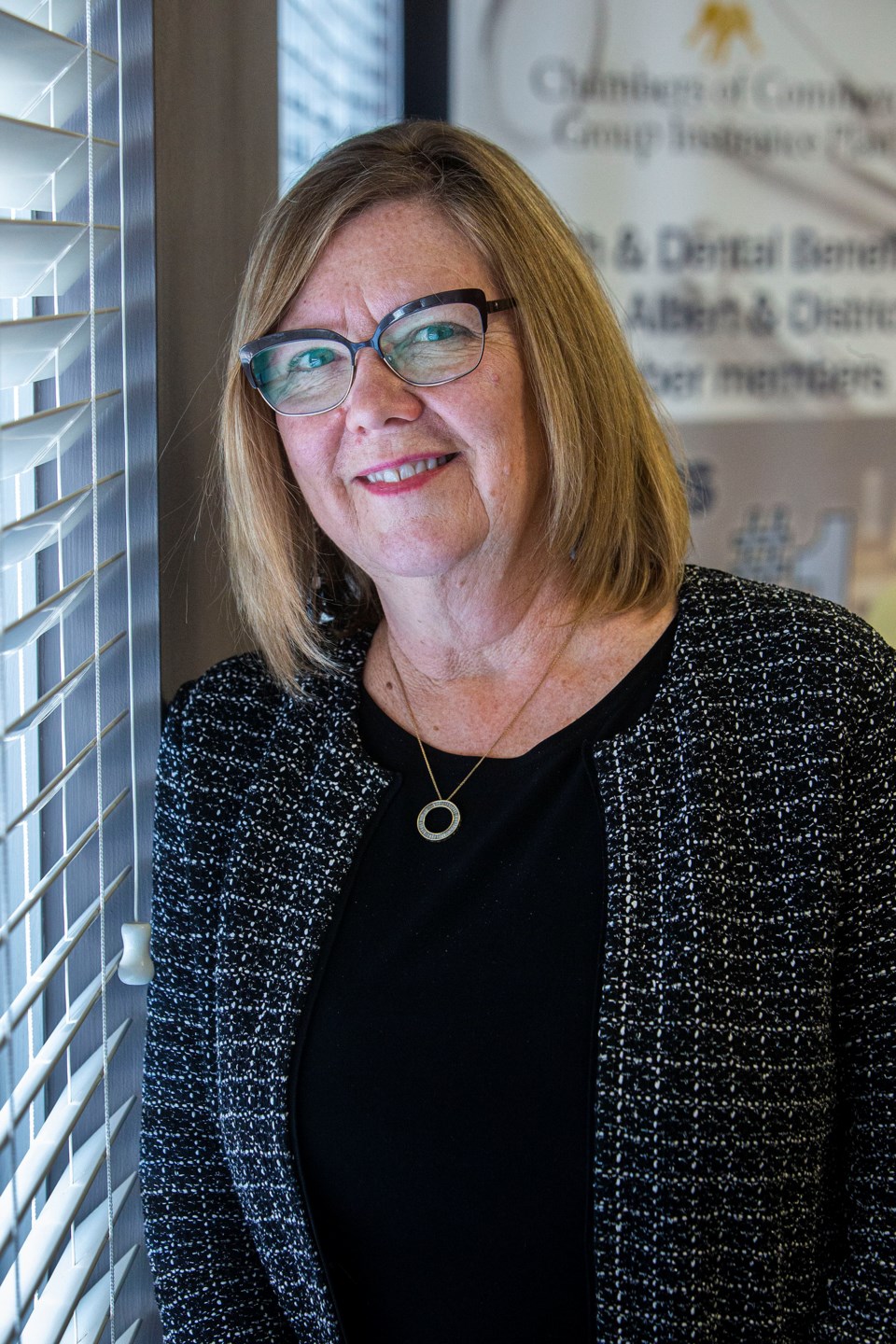 Jennifer McCurdy, the president and CEO of the St. Albert and District Chamber of Commerce. CHRIS COLBOURNE/St. Albert Gazette

St. Albert businesses are feeling Alberta's economic downturn, but both the province and the St. Albert and District Chamber of Commerce are noting some positive signs heading into the new year.

“It’s been a challenging year for our business members. We have seen businesses close, people retire ... but we’ve also seen a lot of new businesses coming to St. Albert, so that’s been exciting,” said Jennifer McCurdy, president and CEO of the St. Albert and District Chamber of Commerce.

“Our membership is really dedicated to St. Albert, so they’re just reinventing themselves, working hard and doing the best they can to survive these times.”

Alberta’s economy weakened in the third quarter of 2019, according to a Treasury Board and Finance economic trends report from December, which detailed how the province’s labour market, consumer spending and business output continue to struggle to get back to solid ground.

Employment growth faded in the second half of 2019 year-over-year, stemming from declines in self-employment and goods-sector jobs. With slower employment growth and a rising population, the unemployment rate in Alberta has moved back above seven per cent.

Comparatively, the jobless rate in the Edmonton census metropolitan area that includes St. Albert increased in November to 7.7 per cent from 7.1 per cent last October, according to a fourth-quarter report released by the Realtors Association of Edmonton.

Consumer spending in the province was also weak in the first half of 2019, according to the province’s economic outlook report from its five-year fiscal plan.

“Ongoing uncertainty about market access and the global economy is also weighing on sentiment and keeping consumers cautious,” the report reads.

McCurdy also noted St. Albert residents are holding tighter onto their wallets, and said people aren’t spending money like they used to.

“People are concerned for their own jobs. If somebody gets laid off, they’re not going to be going out to restaurants or spending money they don’t have,” she said.

Nearly 30 per cent of Albertans are insolvent, meaning they can’t meet all their monthly financial obligations, according to a recent report from MNP Consumer Debt Index and Ipsos. About half of those surveyed say they are $200 or less away from insolvency each month.

On the positive side of things, McCurdy said the St. Albert business community is seeing new growth, mainly with startup companies and new franchises coming in. In 2019, the Chamber welcomed 170 new members, most of which were new business ventures, according to their most recent report.

“We’ve seen people who have always thought about starting a new business, but haven’t wanted to give up their secure job, now things have changed and they’ve decided to take that leap of faith,” McCurdy said.

The Chamber has seen more brick-and-mortar start-ups because they're more visible, she said, but a lot of local businesses are moving into online shopping.

"They're recognizing that they need to increase their customer base, so they're reinventing themselves. They're trying to compete with the big online companies."

While she believes St. Albert is a hospitable place for new business, McCurdy said there isn’t always available land for new storefronts. That could change as developers continue building out the north and west parts of the city, namely the Lakeview Business District west of Ray Gibbon Drive.

“That can be challenging sometimes,” she said. “But as developers are coming in and creating opportunities, we are seeing more and more people make that investment.”

According to a January report from the Alberta Chamber of Commerce, more than half of businesses reported feeling negative about their long-term future in Alberta – a 20-point decline in overall confidence since July.

“I don’t think St. Albert is just an island by itself, this is going to impact us as well,” said Marg Mrazek, chair of the St. Albert and District Chamber of Commerce. “That’s really a signal to government when you talk about the next budget, that they’ve got to have some policies in there that don’t harm businesses.”

The Chamber said they will continue to advocate for the reduction of red tape for businesses wanting to invest or expand in St. Albert, interprovincial trade barriers, improving business competitiveness and addressing the skills gap for workers, according to their most recent report.

Building on this, Mrazek said the Chamber will continue to collaborate with St. Albert city council and city administration on several initiatives aimed at growing the city’s business sector.

McCurdy pointed to the city’s Green Tape 2.0 initiative, which aims to reduce costs to companies that create jobs in the city by cutting down the time it takes to process development and business permits.

“That’s something we can do to help businesses that want to expand or want to get things pushed through faster and more efficiently,” she said.

Each month starting in February, the Chamber will invite 12 businesses from different sectors for lunch to talk about opportunities, challenges and strategies in partnership with the city.

The St. Albert and District Chamber of Commerce will be sitting down with their new board soon to finalize a four-year strategic plan and prioritize future goals.