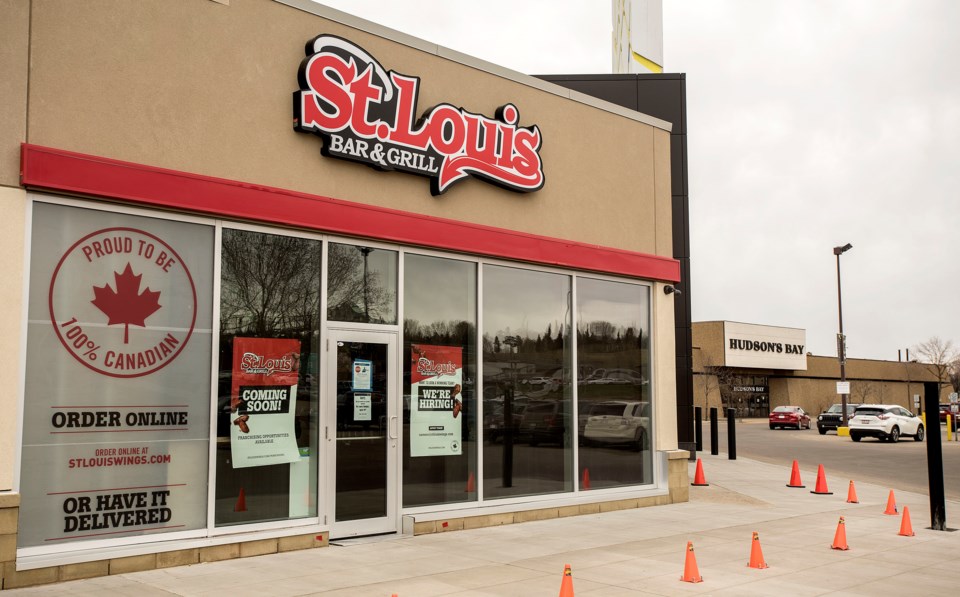 When resident Wendy Boyd was given the opportunity to open a pub in St. Albert, she jumped at it.

“I have always loved their food and the atmosphere,” she said. “Their food is excellent quality.”

St. Louis Bar and Grill will be opening its doors on April 30 at St. Albert Centre.

Boyd owns the pub with her two daughters, Sandra Goble and Christine Graham, as well as friend and past co-worker Julianna Mimande.

Mimande and Boyd met while working at the Glasshouse Bistro and Cafe in the Enjoy Centre. The two immediately hit it off.

“We formed a really nice friendship. And also, we just were really good at working together,” explained Mimande.

Boyd, whose husband worked in the military, often moved around Canada for her husband’s job. He quit around eight years ago, and they moved back to St. Albert, where she took a job at the Enjoy Centre.

But in 2016, both Mimande and Boyd decided to quit at the cafe. They left months apart from each other, but their close friendship continued.

One of Boyd’s daughters currently lives in Ontario, and she would often travel to see her. Upon each visit, Boyd would always stop for a bite at the St. Louis Bar and Grill.

The owner of the location was related to her daughter’s husband and mentioned they wanted to expand to western Canada. Seeing it as an opportunity to bring the food she loved to her community, Boyd jumped at the offer. But she knew she didn’t want to open it alone.

Picking up the phone, she dialed Mimande’s number and asked her to partner as an owner. Mimande had just given birth to a second baby in the last 15 months, and was focused on family at the time.

“She called me out of the blue,” Mimande said. “I wasn't super ready to work yet, but it actually worked out perfectly.”

Last year, Boyd and Mimande travelled to Toronto, where they learned all the aspects of running the franchise. It’s taken just over a year to plan its opening, and both say they're excited for their grand opening on Monday.

Since four franchise owners will run the St. Albert pub, Mimande said the pub will have a community-centred feel.

“An owner-operated franchise makes all the difference to making it unique and creating a culture in the space,” she explained. “It is meant to be about personality, about community, about building friendships.”

The restaraunt will be open every day from 11 a.m. to 1 a.m. For more information, visit: https://www.stlouiswings.com/.