Awards given to local high-school students in memory of four St. Albert hockey players who died in the 2018 bus crash.
May 14, 2021 8:00 AM By: Jennifer Henderson, Local Journalism Initiative reporter 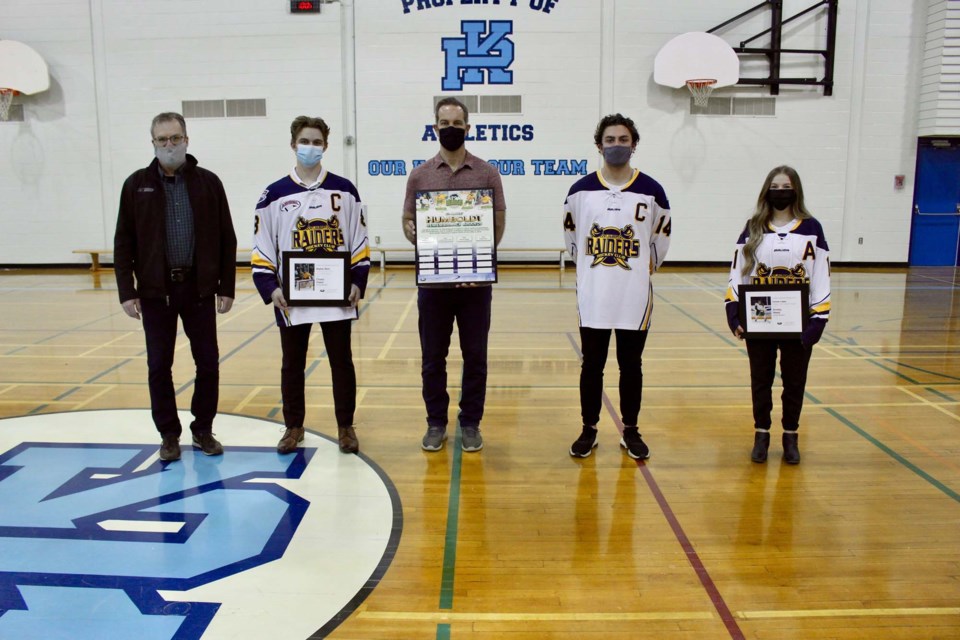 The first round of St. Albert Humboldt Broncos scholarships were given out last week and the families of the victims say it is good to see some positives come from the 2018 tragedy that claimed four local lives.

On Friday, four current and former Paul Kane High School students, Mathew Hogue, Annika Neset, Chase Visser and Cameron McConnell were all awarded a $1,500 scholarship in honour of the four St. Albert players who died in the April 6, 2018 bus crash. Jaxon Joseph, Conner Lukan, Logan Hunter and Stephen Wack were among the 16 players who died in that crash; 13 others were injured.

Chris Joseph, father of Jaxon, said his family is happy to give out an award in his son’s name.

“We are very honoured. We think it's wonderful that they've chosen (four) fine young candidates ... and we look forward to watching their progress in the future,” Joseph said.

“The last three years have been difficult for all the families, and to do something that puts a smile on everyone's faces is something that we've all needed for a long time, and we're happy to do it.”

Peter Snaterse, stepfather of Logan Hunter, said it feels good to hand out the awards after so many tough years.

“It feels good to be able to get some positives coming out of this, because there's been so much negative press and everything else and the positives are good to see,” Snaterse said.

The recipients said they are honoured to be receiving the first round of awards.

“It's an honour to represent someone that's impacted the hockey community so much, and especially being the first ones picked. It just feels good,” said McConnell, one of the Paul Kane students to receive a scholarship.

Visser and Neset said it was an awesome feeling.

“You see everything that they went through, and (to) be able to keep the legacy going is pretty special,” Visser said.

“It's a great feeling just knowing you're representing the boys that had a passion (for) hockey, and just carrying that on,” Neset added.

All the winners say it feels extra special to receive the scholarship.

“Nothing like this has happened before, so I think the weight of this scholarship is heavier than other ones,” McConnell said.

Each of the three high schools in St. Albert select four winners of the awards. Similar presentations were made at Bellerose Composite High School and St. Albert Catholic High School, with each student receiving $1,500.

Neset, 19, said she plans to put her money toward a career in health care. The first-year MacEwan University student is currently studying science.

Visser, 17, is currently in Grade 12 but will be heading off to play junior hockey for the Lloydminster Bobcats in the fall.

Hogue, who wasn't present, is working full-time but plans to attend Mount Royal University in 2021-22 to become a pilot.

Chris Joseph said he thinks his son and his teammates would be proud to see the scholarships handed out in their names.

“I think there would be a lot of smiles if they were here.”