A St. Albert family were witness to a shootout that ended with one man dead and an RCMP officer injured while they were heading to Jasper for the long weekend.
0
Apr 3, 2018 12:10 AM By: Jennifer Henderson 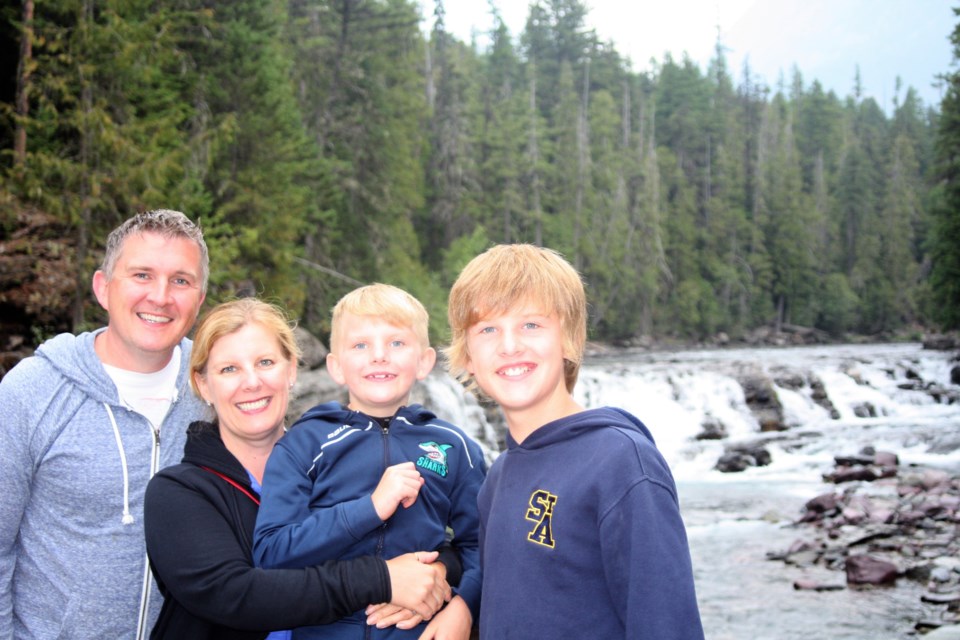 A St. Albert family escaped unscathed from shootout between RCMP and a suspect on the Yellowhead Highway. The altercation ended with one man dead and an RCMP officer injured.

A St. Albert family were witness to a shootout that ended with one man dead and an RCMP officer injured while they were heading to Jasper for the long weekend.

Steve Hargreaves said he had only seconds to react when he saw the suspect and police exchange fire on the Yellowhead Highway en route to Jasper on Thursday.

Hargreaves said he screamed at his family to get down and he hit the gas and sped off behind the police car that was getting fired at down the highway. The family – wife Amanda and sons Will, 13; and Harry, 8 – was able to make it out unscathed and did not witness any injuries to the RCMP officer or the suspect.

Hargreaves and his family were travelling from St. Albert to the mountains for a ski trip when they found themselves 30 feet away from a shootout while they were stopped on the Yellowhead Highway.

Abderrahmane ‘Adam’ Bettahar, who was wanted on a Canada-wide warrant for first-degree murder of Nadia El-Dib, was killed in the shootout just outside of Entwhistle. RCMP officer Sgt. Brian Topham, who is the detachment commander in Evansburg, was hit by a bullet in the exchange and released from the hospital on Saturday afternoon.

Hargreaves said he was driving west down the Yellowhead when they were stopped in a police check stop. Hargreaves thought it was a check stop for impaired drivers. Once they went through the check stop they continued on the highway and saw a swarm of around 15 police cars following a blue SUV.

“As we came nearer to the group of vehicles it kind of became apparent that the blue SUV had the front right tire on it was completely gone, there was nothing left of it,” Hargreaves said.

Soon the blue SUV, which was being driven by Bettahar, made a hard right almost as if it was about to drive into the ditch.

“There was about three seconds between his vehicle stopping and him jumping out. He landed in this kind of kneeling position with an assault rifle up against his shoulder,” Hargreaves said.

Seconds later the RCMP officer jumped out of his vehicle, which was about 30 or 40 feet from the blue SUV. Hargreaves said that the one officer was probably the only one close enough to engage with the suspect.

“The guns looked identical to each other, he kind of landed in the kneeling position. He had a vest on. Obviously they were prepared,” Hargreaves said.

Hargreaves said that at that point he was looking around trying to find somewhere to reverse his vehicle and get away from the dangerous situation but started hearing popping sounds, which he said sounded like a paintball gun.

Hargreaves said that he had just seconds to decide how to get out of the situation, with his family in the car with him. The father said that at that point there wasn’t really a best choice for what to do and he had to just pick one option to get the family out, away from gunfire.

“The way they were angled, the guy in the SUV was shooting and any bullets were going across the highway right in front of us. If you stay there he can turn the gun on you guys and start shooting away,” Hargreaves said.

“It’s all a bit kind of surreal. You try to assess what is the best way out of here but it not something you expect to face on an Alberta highway going skiing for the weekend,” Hargreaves said. “You basically just go into survival mode and make decisions on what to do.”

The whole incident unfolded very quickly and Hargreaves said that between his vehicle stopping and starting it couldn’t have been more than 20 or 30 seconds.

Hargreaves sped off, lowered in his seat and just able to see the highway, and by the time he looked up when they felt they were out of harm's way, he was going around 150 kilometres per hour.

The family continued on to Jasper and enjoyed their weekend skiing in the mountains, but said that the incident kept replaying in his mind as he was trying to make sense of what they saw.

“It is not something that your mind can process very easily. It's incredibly intense when you are in the situation,” Hargreaves said.

The father said that his sons are doing fine and do not seem to be too upset after the incident. He said that he thinks the family would have been more traumatized if they had seen anyone get injured. Hargreaves said his wife has had a bit more anxiety since the situation and has had a bit of trouble sleeping.

Hargreaves said that the incident gave him a whole new appreciation for police officers and the danger they face in the line of duty.

“You definitely get a whole new appreciation for what these guys have to face and the dangers that they put themselves in. You are living in this nice bubble in St. Albert and everyone is waving hi on the trails and you’re going on a bike ride but there are lunatics out there.”