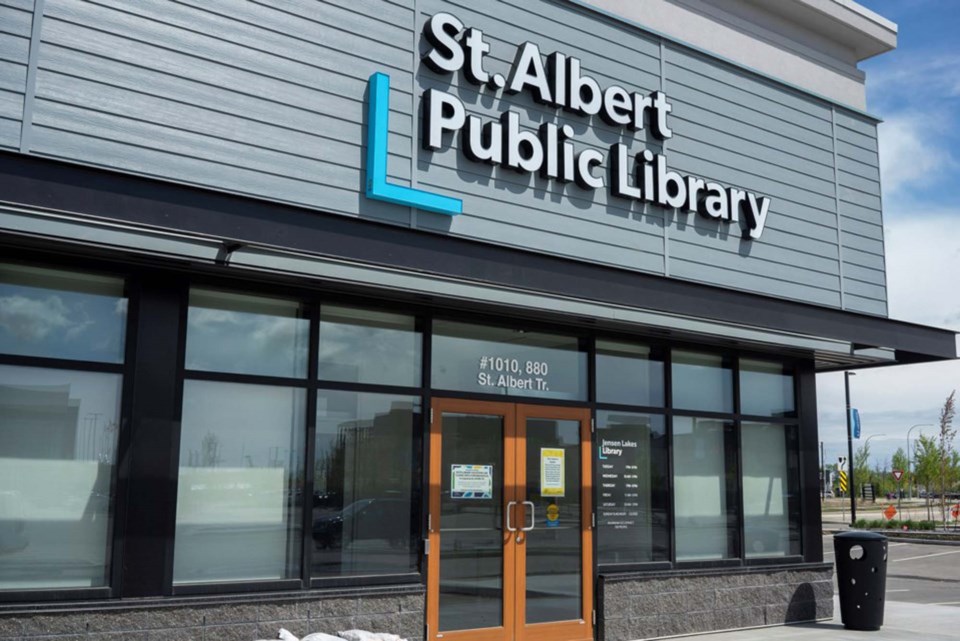 Libraries in St. Albert are set to open next week as part of the Step 2 reopening plan in the province, and St. Albert's library CEO said they are excited to finally open their doors to the public again.

The library board wrote a letter to the local MLAs and the interim Minister of Municipal Affairs Ric McIver last month asking for libraries to be bumped into the Step 2 reopening plan, and Bailey said it is likely other communities did the same.

On Monday, during the reopening plan announcement, Minister of Health Tyler Shandro said libraries are allowed to reopen because of the role they play in local communities.

"We're allowing libraries to open subject to a limit of 15 per cent of fire code capacity, not including staff. And this considers the concerns that we've heard related to the important role that libraries play, in particular in some rural communities where they have limited access to high-speed internet," Shandro said.

The province is also easing some restrictions on low-impact indoor fitness, such as pilates. Several other parts of Step 2 have been pushed back.

On Monday, Alberta Premier Jason Kenney, along with Shandro and Alberta Chief Medical Officer of Health Dr. Deena Hinshaw, announced the province would be easing some restrictions, while delaying other parts of the second phase to a later date.

"Today, I am here to announce that Alberta is ready to safely and cautiously enter Step 2 of our path forward. I want to thank every Albertan who has responsibly observed (the public health) measures through Step 1 over the past several weeks to protect lives and our health-care system in the process," Kenney said.

Bailey said modern libraries are more than just places to take out books.

"Modern libraries – we call them community hubs or gathering places. Of course, those things become difficult when you're not able to gather as face-to-face," Bailey said.

The library in St. Albert provides resume and job services and helps support life long learning and literacy, and the library provides online and in person services to support learning.

Bailey said during the shutdown, some residents would drive to the library parking lot to use the internet from their cars, showing how important libraries are for the community.

The library will still have limited services in person and group activities will remain online.

While the library reopenings are effective immediately, the St. Albert Library will be opening in a week to ensure they have their ducks in a row for guests to visit them again.