St. Albert parents charged in sexual abuse of their children

Police have charged two St. Albert parents after allegations of sexual abuse against their two school-aged children.
0
May 6, 2017 12:00 AM By: Jennifer Henderson 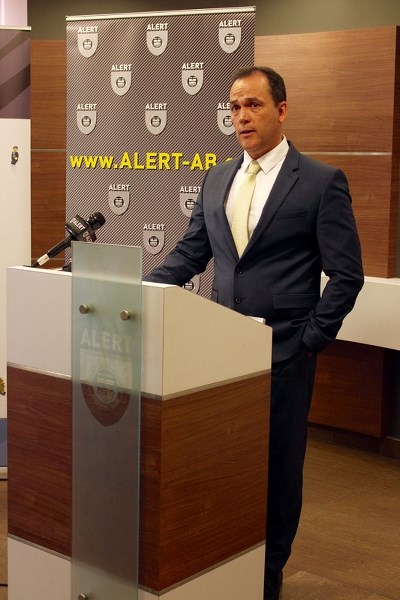 ALERT Staff Sgt. Stephen Camp said two school-aged children were sexually abused by their 35-year-old father. Camp said that the children&#8217;s mother knew about the abuse but did not contact the police. Both parents are facing charges.

Police say the children were sexually assaulted by their 35-year-old father in their own home over the course of at least three years. Police believe the 32-year-old mother knew of the abuse and failed to take appropriate action by alerting the police.

“These children were deprived of a sense of safety and security that most of us take for granted to live in a healthy environment,” Internet Child Exploitation (ICE) unit Staff Sgt. Stephen Camp said at a news conference in Edmonton Friday.

The investigation began in March 2017 and was prompted after the National Centre for Missing and Exploited Children noticed a social media user uploading child pornography. The Edmonton-based ICE unit identified the suspect and conducted a search warrant of the home in a north St. Albert subdivision.

Police have seized a number of computers and electronic devices.

After the arrest, ICE discovered that two children had been sexually abused.

The police say the investigation is continuing and there is no evidence right now to suggest that the children were part of the child pornography.

“It’s a very sad case. These two wonderful children who had their innocence stripped away for some sick sexual depravity by the people that they are closest to and that they should be trusting,” Camp said.

The mother is being charged with causing a youth to need intervention under the province’s Child, Youth and Family Enhancement Act.

ICE is working with the Zebra Child Protection Centre and Alberta’s Child and Family Services to provide support for the children.

“We’re going to provide a support and safety plan for them that’s tailored for their needs and is in the best interest of the child,” Kristin Simpson, Zebra director of child support services, said.

The parents will speak to bail on Monday May 8. The parents cannot be named to protect the identity of the children.