“We want to hear from residents about their concerns,” said Kris Wells, policing committee chair.
Feb 17, 2021 11:30 AM By: Anna Borowiecki 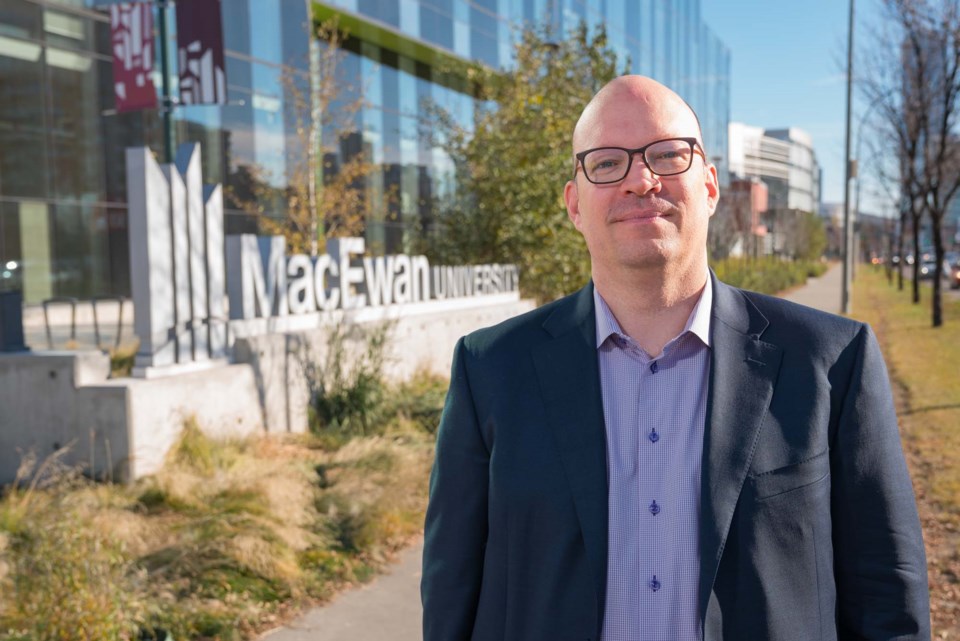 St. Albert's policing committee has opened its annual survey on policing priorities for residents to fill out.

Posted online at conversation.stalbert.ca/policing-committee, the survey takes about five minutes to complete and is open until Feb. 28. It asks residents what their priorities are in numerous areas, including domestic violence, safety, education, traffic, property crime, alcohol and drugs, and youth engagement.

Results from the survey will form the St. Albert RCMP's 2021-22 annual performance plan (APP), a one-year series of initiatives targeted to reducing crime and building trust and confidence within the policing community.

“We want to hear from residents about their concerns,” said Kris Wells, policing committee chair. “It’s a voice to bring about the change that is needed. We are one of the safest communities in Canada. A lot of people feel we don’t need more policing in our community. But this is a mechanism to keep asking questions, especially for those most vulnerable. Having the committee is important for building trust and accountability.”

The Policing Committee was established in 2019 as a liaison between three parties: city council, the RCMP detachment and local residents.

“I guess you could say we’re a three-legged stool. We want to work together and that’s what makes the community strong. We are also fortunate to have a high-functioning police unit,” Wells said.

St. Albert RCMP Insp. Ryan Comaniuk, who came on board Jan. 4, said he relies on the committee to reach deeper into the community than he can.

“I rely on them to cultivate policing issues and concerns and bring them to the table so we can have more fulsome discussions, and develop a more strategic approach to setting up our priorities, objectives and targets,” Comaniuk said.

In the past six weeks, Comaniuk said he has familiarized himself with crime trends, both those increasing and decreasing.

“First and foremost, I’d say there’s been an alarming increase in domestic violence. Most people can understand the various reasons for that. So that, to me, is an area I’m going to want to pay particular attention to, followed by mental health service calls that fall under the Mental Health Act. That is people (who) are experiencing acute depression, anxiety and suicidal ideology. These people are in crisis. They need service and they need it now,” he said.

He cites a mental health statistic that backs up his concerns. During 2018 calendar year, the RCMP received 71 calls for service that fell under the Mental Health Act; by 2020, those calls had more than doubled to 162.

Comaniuk plans on doing a deep dive into these two trends in part because they are complex, time-consuming and expensive on many levels.

“Some of these domestic violence service calls are very high-risk. We have to make sure we do a good job. We can’t leave any stone unturned. We have so many checks and balances. That takes time and officers have to invest huge hours in those types of investigations," he said.

“The mental health calls again are very complex. It’s not uncommon for one of my officers to be out of service for six to eight hours on a mental health call. That person is in crisis. They have to be triaged. We have to fill out a lot of forms. In many instances, we have to refer them to a medical doctor. Quite often they are deemed to require further medical assistance and have to be taken to a facility. These calls take time. When I see those numbers double in two years, it has to be a priority because my departments are going to start hitting pinch points.”

Synthetic drugs are also flooding Alberta. In the past six months, police across the province have made drug busts, while there have been more minor pharmacy robberies during the same time period – including one at a St. Albert Shoppers Drug Mart location last week.

“Those incidents will continue to increase, so we have to be vigilant with our proactive and reactive drug measures around drug enforcement as well. It’s an area we’re going to pay particular attention to. Fortunately, the St. Albert detachment has a dedicated drug team and a general investigative team.”

“That’s why I was trying to steer people to the APP online so they can see how the numbers fluctuate,” Comaniuk said. “From my standpoint, I’m trying to allow people to see the bigger picture. It’s important for people to understand things don’t always trend up. Sometimes, they trend down or stay the same."

Up to now, the policing committee survey has received about 50 response. Ideally, Comaniuk would like to see 100 or more, since larger numbers provide a clearer, broader picture of community needs.

“That being said, some are quality responses. Some of the participants do provide a lot of detail. There’s a lot more value in that than simply answering yes, or no, and having a narrow perspective of things.”

Man faces charges for ramming car off highway at high speed in Sturgeon County
Apr 10, 2021 11:00 AM